Fernando Tatis was a question mark in the St. Louis Cardinals' infield a year ago. Now, he's part of the team's strength.

"The ball just jumps off his bat," hitting coach Mike Easler said Saturday in Jupiter, Fla. "He has one of those live bats, one of those special sounds. He had the gift of the pop. We just had to get him under control."

Encouraged by Easler, Tatis hit .298 with 34 homers and 107 RBIs in his first full season in St. Louis and second overall. Tatis became only the fourth St. Louis player to hit 20 home runs and steal 20 bases in one season.

"We went to work, working every day," Tatis said. "He just put it in my mind and we just focused on 30 home runs and 100 RBI and boom, it happened."

Tatis was acquired at the trading deadline during the 1998 season along with pitcher Darren Oliver and outfielder Mark Little from the Texas Rangers for pitcher Todd Stottlemyre and shortstop Royce Clayton. Oliver and Little have left the Cardinals, but they still have the most important piece of the trade.

"He's a young player so what he has accomplished is even more impressive," manager Tony La Russa said. "If he's stays healthy there's no reason why he can't play 162 games. And with his power, he can hit in one of the RBI spots."

Tatis, who turned 25 on Jan. 1, hit three home runs in the first three games of the 1999 season and then on April 23, he became the first major leaguer to hit two grand slams in the same inning, against the Dodgers.

Tatis anchors an infield which could become one of baseball's best both offensively and defensively with Mark McGwire at the other corner and shortstop Edgar Renteria and second baseman Fernando Vina up the middle.

Elsewhere, Darryl Strawberry is still awaiting word on his likely suspension, Orlando Hernandez was sidelined by a sore back, Bill Pulsipher got tested by more doctors, and Jose Guillen and Miguel Tejada finally made it to camp.

Strawberry, who failed a drug test Jan. 19, will likely receive a one-year suspension from commissioner Bud Selig with possible time off for good behavior.

"Sitting around and having your mind start thinking about things, it's really tough," New York Yankees manager Joe Torre said Saturday in Tampa, Fla., after talking to Strawberry. "Certainly it's easier when you're busy.

"That's why I raise the question too, it's all well and good to say he's going to be suspended for two months, three months, five months, whatever it is. But during that time, what is he doing."

Strawberry, an eight-time All-Star who turns 38 next month, has twice been suspended because of cocaine.

Pulsipher, the New York Mets left-hander, underwent another set of tests to determine why he collapsed in his bathroom earlier this week.

"On Monday we're going to schedule Bill for a stress echocardiogram," Phillips said. "We're going to put a halter monitor on him which he'll wear for a 24-hour period."

Guillen arrived at Devil Rays camp in St. Petersburg, Fla., two days late because of a visa problem. A similar problem kept him out of camp with Pittsburgh for two weeks last year, setting the tone for a disappointing season.

"Everything has worked out pretty good, but I was kind of a little bit nervous because I didn't want anything to happen like happened before," Guillen said. "They know it was not my fault because I went there in time."

Guillen, traded from the Pirates to the Devil Rays in July, spent most of the winter in St. Petersburg trying to put 1999 behind him. He started 47 of Tampa Bay's final 52 games in right field, but only hit .244 with two homers and 13 RBIs.

Tejada also joined his team, the Oakland Atheltics, two days late because of a visa problem.

Manager Art Howe drew applause from his club when he reintroduced Tejada to his teammates.

"I was introducing a new player in camp," Howe said with a smile. "And I had the guys give Miguel a hand. He's the last one in and now everyone is here." 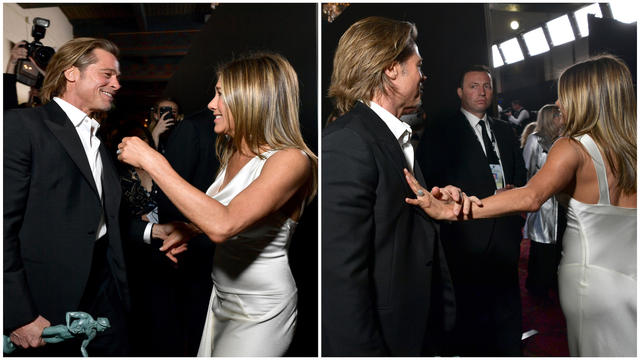 Brad Pitt and Jennifer Aniston reconnected at the SAG Awards and the interaction between two exes has hopeless romantics hopeful again. The couple divorced nearly 15 years ago, but their public meeting was one of the most talked-about moments from the awards ceremony Sunday night. 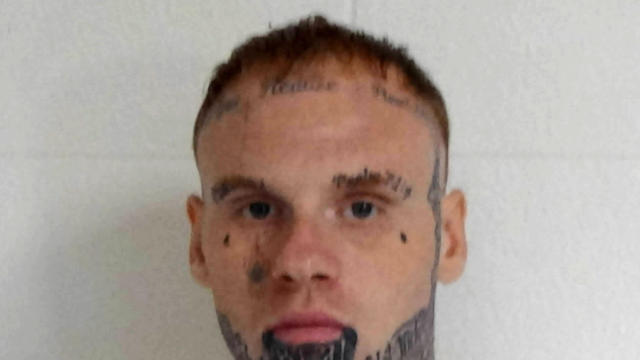