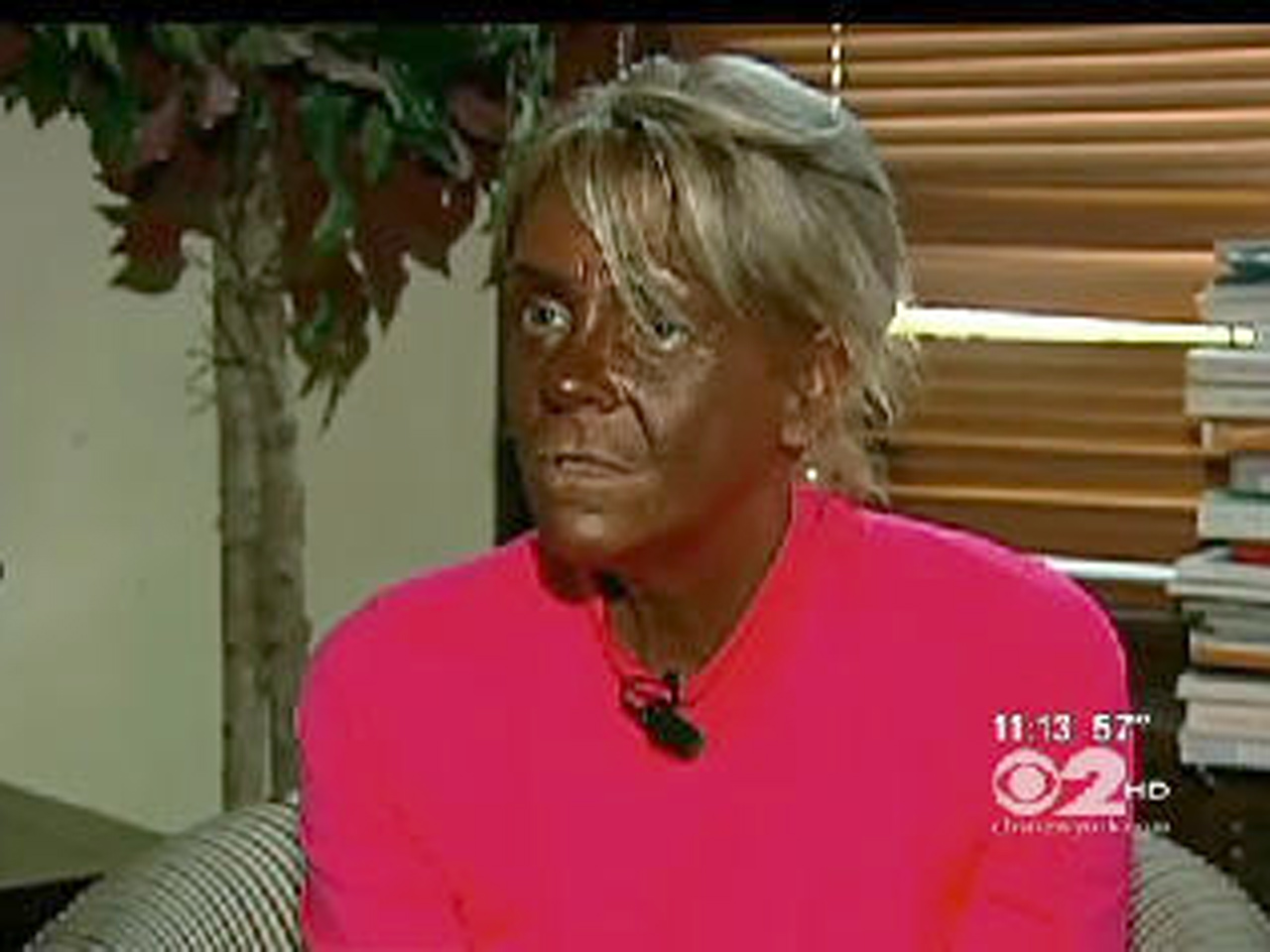 (CBS/AP) NEWARK, N.J. - Patricia Krentcil, the deeply-tanned New Jersey mother accused of causing skin burns to her six-year-old daughter by taking her into a tanning booth, has reportedly been banned from at least 63 tanning salons in the tri-state area.

The New York Post reports that some salons have taken extra precautions and have placed "wanted" posters behind their counters informing employees to keep her off the premises.

"We don't tan people like that," manager Nicole Simon of Body Works in Garfield, NJ told the paper.

Krentcil has said she loves tanning but wouldn't - and didn't - take her then-5-year-old into a tanning booth. Krentcil pleaded not guilty last week to a child endangerment charge. She says her daughter got sunburned outdoors.

"I'm innocent and it's proven... I would never -- never -- put my daughter in a tanning booth. We go out shopping. That's what we do," Krentcil told TMZ on last week as she was entering a car. "Any mother that makes an accusation about me is not a mother, because I'm a great mother and I would never do that to my child."

When asked by a TMZ reporter if she considered the case to be a witch hunt, Krentcil replied: "Yes. Yes. There's somebody out there on my whole life that doesn't like me because they're jealous, they're fat and they're ugly."

Police in Nutley told The Nutley Sun newspaper they were called to the child's school April 24 because the kindergartner was in pain from a "pretty severe sunburn." In an interview, Krentcil told The Associated Press that her daughter, who was five at the time of the alleged incident in mid-April and has since turned six, got sunburned by being outside on an unseasonably warm day. She said her daughter, however, had mentioned to officials when she complained of itching that she had been to a tanning salon with her mother.

The owner of City Tropics Salon in Nutley said employees who were there that day told him the girl remained outside with her father and brother. She didn't go into the tanning booth while Krentcil was inside. New Jersey state law bars anyone under 14 from using a tanning salon.

Krentcil, whose skin has a deep bronze color from regular visits to the tanning salon, is scheduled to make her next court appearance on Friday. The state's child welfare agency is monitoring the family.