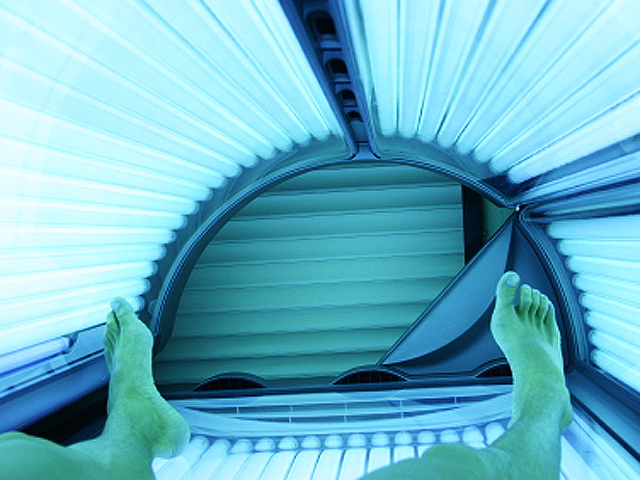 (CBS) It's no secret that tanning beds cause skin cancer. Now there's evidence that some of the ultraviolet rays from these beds may be even more dangerous than previously thought - and that has the "health police" renewing their call for banning teens from the beds.

Experts had only thought UVB rays - the ones that cause sunburn - were the main cause of skin cancer. But a new study suggests UVA rays - which pass through clouds and glass windows and are linked to aging and wrinkles - are just as dangerous.

For the study - published in the Oct. 6 issue of the Journal of Investigative Dermatology - scientists compared the DNA-damaging effects of ultraviolet radiation by shining both types on the buttocks of 12 healthy volunteers. By cutting away small layers of skin, the researchers found that UVB rays mainly damaged the skin's top layers, but the UVA rays formed lesions on the skin's deepest layers. Damaged cells in the skin's deepest layers are repaired more slowly, said Young, increasing the risk they'll become cancerous. The study's authors say that's worrisome, because UVA rarely burns the skin, so people - in particular teens - might not realize damage being done.

"I do think there should be legislation on sunbed use under 18 years of age," Young told HealthDay, who added that such use is already prohibited in England.

What does the tanning industry have to say?

"I read the study," John Overstreet, executive director of the Indoor Tanning Association, told CBS News. "It has absolutely nothing to do with indoor tanning." He said health police critics are confusing science for advocacy.

Got a problem with UVA rays? Try taking it up with the sun, said Overstreet.

"Tanning devices and the lamps in them are manufactured to mimic the noon day sun," he said. "They're exactly the same as the sun - it's a classic 1+1= 4 argument," he said of his critics' concerns.

What do you think? Should tanning beds be outlawed?