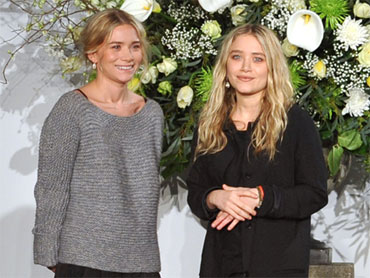 The Tampa Bay Lightning became one of the most unlikely Stanley Cup winners ever and kept the Calgary Flames from an even more improbable championship.

How they did it was no surprise at all.

Ruslan Fedotenko scored twice, including the critical first goal just as he did in the conference finals, and the resilient Lightning held off the Calgary Flames 2-1 in Game 7 Monday night to win their first Stanley Cup.

The Lightning did it with a very reliable formula in so big a game: Getting exceptional efforts from their best players and a big night from their goalie.

The Flames, threatening to become one of the most unexpected champions in NHL history, were held to only seven shots in a dismal first two periods before making a frantic late surge started by Craig Conroy's power-play goal midway through the third.

"We just tried to get through it, and we found a way," Lightning coach John Tortorella said. "It's unbelievable. It's a great feeling."

Now the question is how long the Lightning will rule after winning the Stanley Cup in only their 12th season. The NHL's labor agreement runs out Sept. 15, and all signs point to a lengthy lockout that will significantly delay or shut down the 2004-05 season.

"We're going to walk forever together (as champions), no matter what happens from now on," Martin St. Louis said.

Tortorella insisted throughout the finals his team would win only if his best players outplayed Calgary's, and they did exactly that.

Fedotenko scored on goals created by Conn Smythe Award winner Brad Richards and Vincent Lecavalier and goalie Nikolai Khabibulin held off Calgary's late flurry while stopping 16 shots, including a remarkable save on Jordan Leopold when the net appeared wide open.

"We knew they were going to surge sooner or later, and Nik was great," Tortorella said.

The Flames' Jarome Iginla, the impact player of the first five games, all but disappeared in the final two, going the last six periods without a shot. Iginla scored a playoff-leading 13 goals, but had only one in the final four games.

"It's the toughest loss by a thousand times," said Iginla, who couldn't deliver Canada's first Cup champion in its national sport since the 1993 Canadiens. "It's a very good season and I'm so proud of everybody but that hurts more than anything else I've been a part of."

Tampa Bay, an expansion franchise in 1992 and one of the league's worst teams for much of the time since, joined the 2001 Avalanche as the only teams to overcome a 3-2 deficit in the finals in 33 years.

Maybe it's only coincidence, but in each series a 22-season veteran who had never won the Cup finally did so. Colorado's Ray Bourque did it in 2001, and 40-year-old Lightning captain Dave Andreychuk finally lifted the Stanley Cup after playing a record 1,758 games before Monday without winning it.

Bourque called the Lightning's Tim Taylor on Saturday to offer advice in overcoming the 3-2 disadvantage, and he also offered encouragement to Andreychuk.

"It's awesome," Andreychuk said. "It took me 29 years (of hockey) to get here, and I'm so proud of our guys because we got a Game 7 at home because we worked hard all year long."

Tampa Bay didn't reach even the second round of the playoffs until last season, then overcame a midseason slump this season before peaking at the right time. After starting 7-0-1, they lost seven of nine and were only 15-14-6-1 at Christmas time.

Now, Lightning owner Bill Davidson can pull off a previously unseen single-season sweep of the NBA and NHL titles. His Detroit Pistons lead the Lakers 1-0 in the NBA Finals.

"I still can't believe how quickly it happened for us," Tortorella said. "To do this in three years (since his hiring), that wasn't in the plan."

The Flames, going for a 11th road victory in 14 playoff games, were convinced that failing to close out the finals Saturday in hockey-obsessed Calgary wouldn't cost them the Cup, since the home team had won only twice in the series. But home ice did matter — just as it usually does in Game 7.

The team scoring first won every game in the series, so Tampa Bay got a huge confidence boost when Fedotenko scored on a power play 13:31 into the first — much like he scored the go-ahead goal in a 2-1 victory over Philadelphia in the Eastern Conference finals.

Richards' shot from the point was kicked away by Miikka Kiprusoff to Fedotenko in the slot, and he lined a shot past the goalie, who stopped 13 of 15 shots.

That goal was one of several uncharacteristic Calgary defensive breakdowns as the Lightning forced the play from the start, limiting the Flames to only three shots in the first period and four in the second.

Robyn Regehr, Calgary's most dependable defenseman, played despite apparently injuring an ankle or foot in Game 6 and was on the ice for Fedotenko's goal. Flames RW Shean Donovan missed his second straight game with an undisclosed leg injury.

"In the end, they just had more legs than we did. We were beaten by a great team," Flames coach Darryl Sutter said. "I thought our guys played great."

Fedotenko's second of the game and third of the finals was created by a dazzling bit of stickhandling by Lecavalier, who hadn't figured in any scoring since Game 2. Lecavalier took Cory Stillman's pass in the left corner, spun around to shed Steve Montador and another defender and put a perfect pass on Fedotenko's stick in the slot with about 5½ minutes left in the second period.