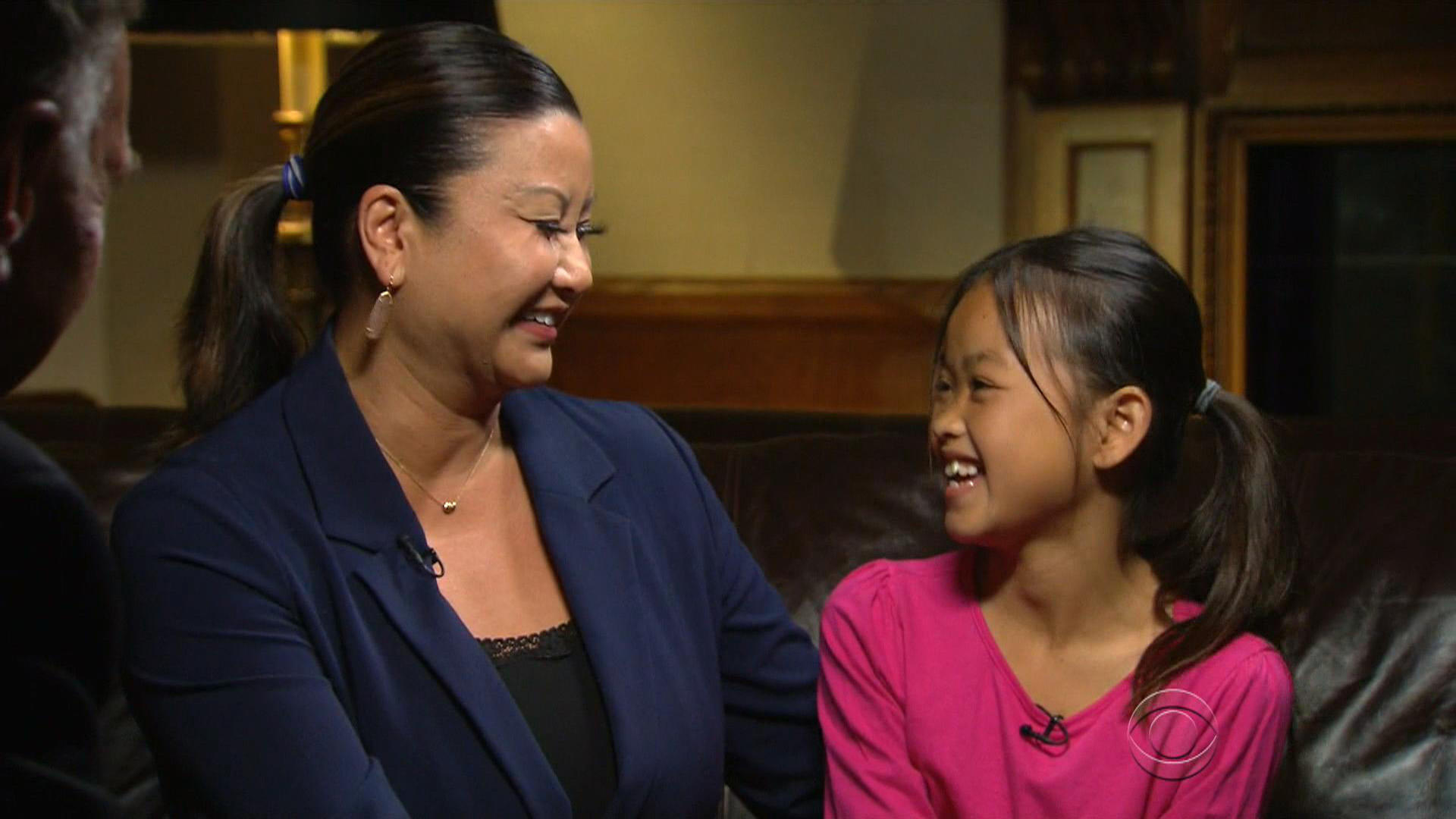 SAN FRANCISCO -- Tallia Hart has shattered a glass ceiling -- earlier this year she was named CEO of the San Francisco Chamber of Commerce, becoming the first woman ever to lead the 167-year-old organization.

But the title she cherishes most is "Mother."

Tallia says that she has ton of pictures of her family in her office, including photos of her 9-year-old daughter Lola.

She says she "never hesitated at all" to tell her daughter the story of how her life began.

"I think it's a really special and incredible journey to be adopted," Tallia says.

CBS News first met Tallia in 2007 just after she and her husband Mark Bodenhamer returned from Vietnam with their newly adopted daughter.

"We just said, 'infant girl,' and we got you," Tallia told her daughter nearly 10 years ago.

The baby girl had been abandoned, left in a basket outside an orphanage. For Tallia, seeing Lola was like looking into a mirror. Forty-three years ago she was a malnourished infant left in a basket near an orphanage in Vietnam, who was then adopted by a family in America.

Talia says she's often reminded of the mother who left her for a better life. "I kinda wish I could reach out to her somehow and just let her know that Lola's thriving and is really well taken care of," she says.

Lola is growing into an athlete who loves gymnastics.

"Sometimes I do back handsprings, cartwheels, handstands," Lola said.

Growing up, Tallia was also a dedicated gymnast. They have so much in common.

"I feel special because I am not the only person in my family who was adopted," Lola told her mother.

They both consider themselves the lucky one in the family.

In her career, Tallia has worked to make the best of the good luck that brought her to America, and that she now shares with an equally lucky daughter.