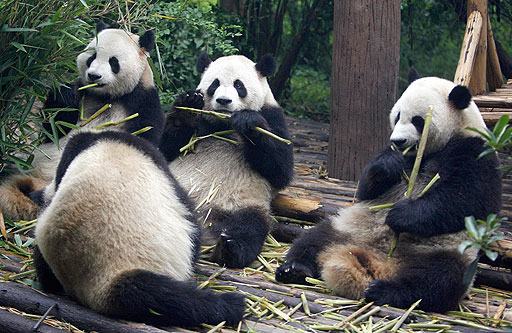 The Alameda County, Calif., coroner's office is investigating the death of 18-year-old Holly Patterson. Her family is attributing it to septic shock suffered a week after taking RU-486, a controversial drug approved by the Food and Drug Administration for terminating a pregnancy.

Monty Patterson, Holly's father, tells The Early Show co-anchor Rene Syler that when he first heard his daughter had taken the drug, he was standing at her bedside.

"Holly was very much in trouble, and the doctor had mentioned that she had taken an abortion pill which shocked me and surprised me at the time, because I had no idea that that's what her problem was."

Holly Patterson had visited Planned Parenthood in Hayward on Wednesday, Sept. 10, and on Saturday, Sept 13, had begun taking drugs prescribed to end her pregnancy. Holly lived with her father and her stepmother in Livermore and did not tell them about the pregnancy.

On Sunday, she was crying and she told her dad she was having cramps. Between Sunday and Wednesday, Holly was bleeding severely, in acute pain and unable to walk. Her boyfriend rushed her late Sunday to Valley Care Medical Center in Pleasanton. She was given painkillers and released.

She went back into the hospital in the middle of the night Wednesday, and she died at 2 p.m. The doctor told her family that she hadn't aborted all of the fetus, and she had a massive systemic infection and went into septic shock.

Monty Patterson says, "We thought that she would be OK. After the little time I was able to spend with her, Holly knew that I was there and she knew that she was going to be taken care of, but I know that she was very, very weak and I wasn't sure that she had had the strength to pull through it.

"One thing about Holly, she was a very strong, courageous and very healthy girl and I had actually no idea that she would succumb to dying from an abortion."

The Alameda County coroner's office confirmed it is investigating Patterson's death and had not yet established the cause of death. A coroner's spokesman said Patterson had died at 1:53 p.m. at Valley Care Medical Center.

Monty Patterson says, "We're not sure if it was the RU-486 pill itself; the way it was administered at Planned Parenthood; the procedures that Holly received when they sent her home; or the follow-up care that she got at the hospital. So there is a number of things that we're still questioning and wondering."

Monty Patterson regrets his daughter did not communicate with him what she was going through. He wants to encourage parents to talk to their children.

Along with Holly's mother and his ex-wife, Debbie, he says, "One of the most important messages that we can get out right now is prevention. Parents really need to talk to their children and get them to open up. And kids need to be able to come back, and actually young people, teenagers should come back and let their parents know if they're in trouble. They can get the help they need and the family support because we certainly would have given her all of the support she needed going into, this had we known."

Debbie Patterson adds, "I think we need to ask our young daughters, young women, 'What would you do if you became pregnant?' And get that out on the table so you have something to start with."

RU-486, or mifepristone, has been available in France since 1988 and was approved by the U.S. Food and Drug Administration in September 2000. It was approved to end early pregnancy, of 49 days (7 weeks) or less, as an alternative to surgical abortions.

The abortion pill is considered successful when bleeding and cramping occur.

Planned Parenthood issued a statement Thursday, Sept 18, saying that it was working with the young woman's family to look into the cause of death.

"A patient who recently sought health care services at a Planned Parenthood health care center died yesterday at a hospital in Pleasanton," said Dian Harrison, chief executive officer and president of Planned Parenthood Golden Gate. "The cause of death is unknown at this time. . . . We extend our deepest sympathy to the family. We wish them strength and support in this tough time."

Planned Parenthood says on its Web site that the most common side effects reported by women using RU-486 for early abortion are "similar to those of a spontaneous miscarriage: uterine cramps, bleeding, nausea and fatigue. Mifepristone is as safe as aspiration abortion; additionally, it is a completely noninvasive procedure and does not require anesthesia."

A dose of mifepristone is taken under the guidance of a clinician, according to the organization's Web site. "In a few days, she uses the second medication, misoprostol. The pregnancy usually ends within four hours after taking the misoprostol. The pre-embryo or embryo and other products of conception that develop during pregnancy are passed out through the vagina. Complete abortion will occur in 96 to 97 percent of women receiving this regimen."