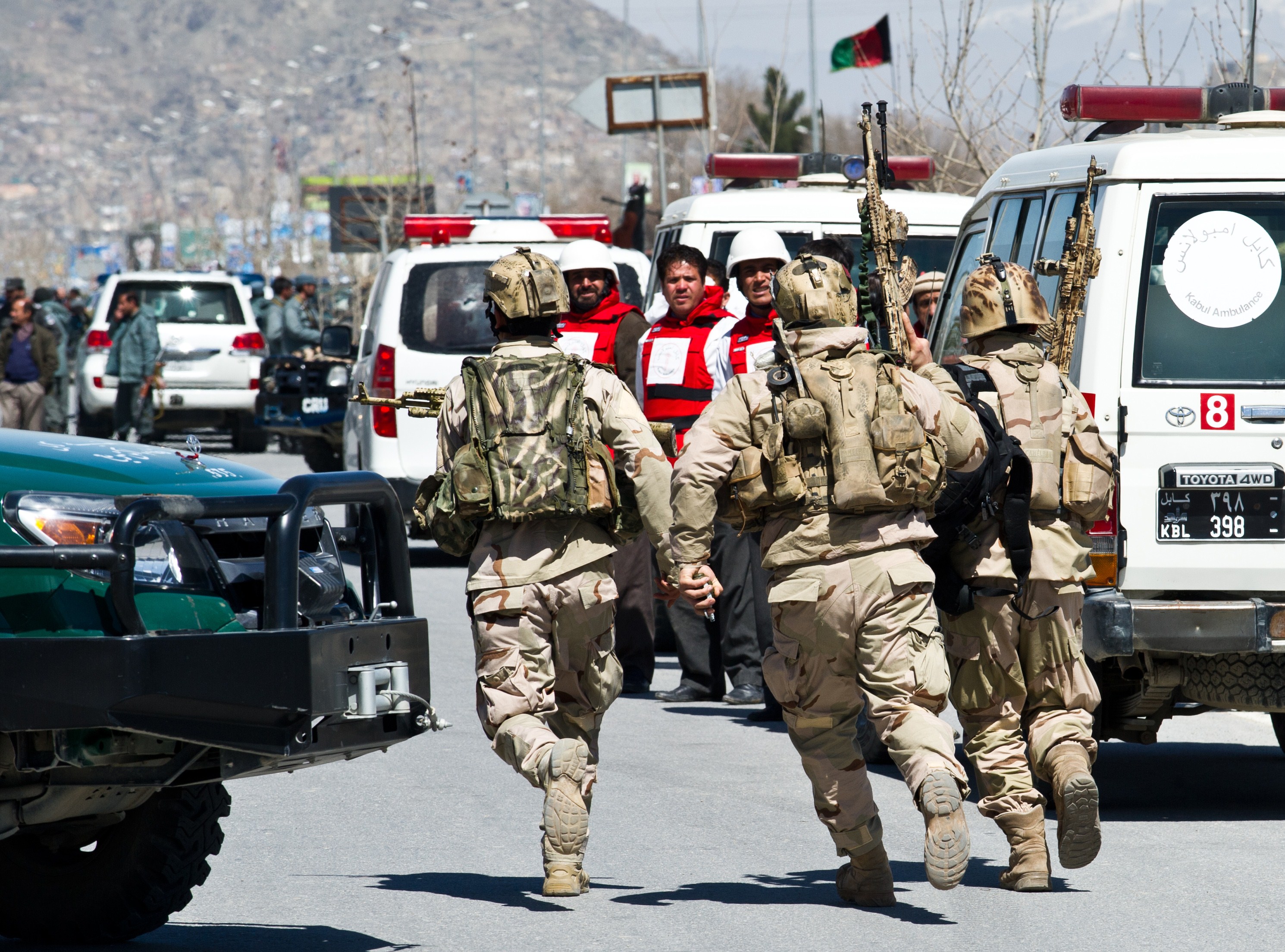 KABUL, Afghanistan -- The Taliban launched a brazen assault in the Afghan capital on Tuesday, with two suicide bombers detonating their explosives outside an election office on the city's outskirts and other attackers storming inside the premises.

The attack was the latest in the insurgents' violent campaign against the country's April 5 presidential polls.

Fierce gunfire reverberated across the neighborhood in the early afternoon, as heavily armed troops from the Afghan rapid response force surrounded the office building, located near the home of presidential candidate Ashraf Ghani Ahmadzai. He was not home at the time of the attack, officials said.

One attacker detonated his car and the other set off his explosives' vest, paving way for at least four other attackers to storm inside the building, said Hashimi.

As the battle unfolded, the election workers became trapped inside the building, according to an election commission official who spoke to The Associated Press on condition of anonymity because he was not authorized to talk to media.

The Taliban claimed responsibility in a statement to media, saying their target was the election center.

The insurgents have vowed to disrupt the April 5 elections, a vote that will chose Afghanistan's next president and provincial council members.

In other developments, Afghan police said Tuesday they have detained nine senior employees of a private security company that provided guards to the Kabul hotel attacked by the Taliban last week.

The interior ministry said in a statement that the company employed by the Serena Hotel was negligent, which enabled the four attackers to hide small handguns in their shoes and avoid detection to enter the premises on Thursday evening.

The gunmen opened fire inside the hotel restaurant, killing nine people, including two children and four foreigners. The attackers were killed by police.