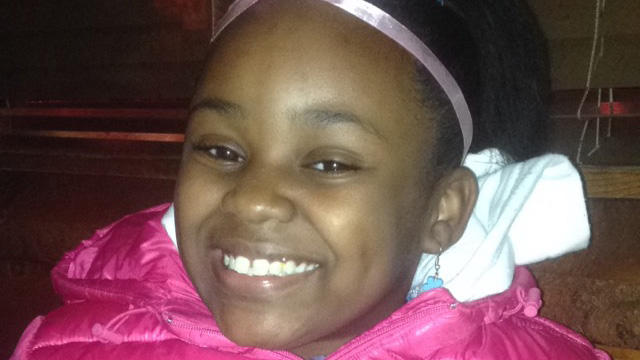 CHICAGO -- The shooting death of an 11-year-old girl is giving eight people the chance to live, thanks to organ donation, CBS Chicago reports.

According to police, Takiya Holmes was shot in the head during a fight over gang-controlled drug turf last weekend. Holmes was pronounced dead Tuesday, but was kept on life support so that her organs can be used for transplants.

Holmes was a match for Darvese Monson, Holmes’ cousin, in desperate need of a kidney.

Monson received the news last week that doctors found the right match for her and was given the kidney on Thursday. Monson had waited over two years for a kidney donation. She completed the surgery this weekend.

Although Monson seriously needed a new kidney, it comes with mixed emotions.

“A situation like this that’s so tragic,” Monson said. “I just have to keep going, and I have an angel, I have an angel with me, within in me, I just…it’s so…it’s just unbelievable.”

Holmes was shot and killed as stray bullets flew through the car she was sitting in last Saturday in the Parkway Gardens.

19-year-old Antwan Jones was arrested in connection with Holmes’ death.

Through her personal struggle with kidney failure, Monson started her own foundation to raise awareness.

Including Monson, eight people have received organs from Holmes.