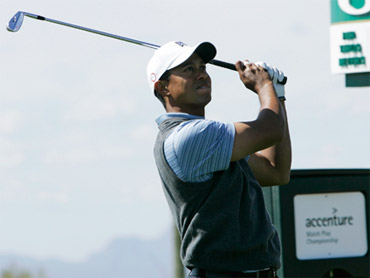 The statement from the company Monday afternoon marked a less enthusiastic stance about the world's richest athlete than the company took earlier in the day.

That's when a spokeswoman told The Associated Press the company would continue with Woods, whom she called "the best in his domain."

The luxury watchmaker's new statement Monday says that because of Woods' indefinite leave from golf, it is examining its long-term relationship with him.

The statement comes a day after consulting firm Accenture dropped ties with Woods.