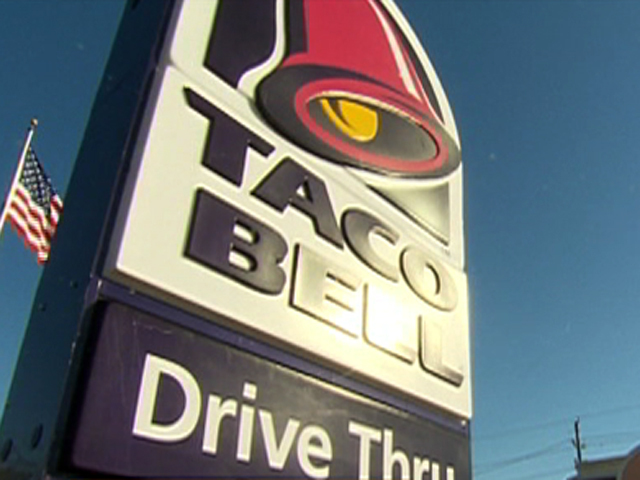 (CBS) Taco Bell food may have sickened 68 people in 10 states during a salmonella outbreak in October 2011, according to a new report.

The CDC issued its "final update" on the outbreak on Jan. 19, in which it said some of the people who ate at "a Mexican-style fast food restaurant chain, Restaurant Chain A" were associated with salmonella illnesses.

Mexican-style fast food restaurant chain, Restaurant Chain A? Upon seeing the vague description of the  outbreak's source, editors from Food Safety News conducted their own investigation, eventually obtaining a document from the Oklahoma State Department of Health's Acute Disease Service. The document tied the illnesses to exposure to Taco Bell food. Oklahoma was one of the 10 states which reported infections, along with Texas, Kansas, Iowa, Michigan, Missouri, Nebraska, New Mexico, Ohio, and Tennessee. Oklahoma's 16 infections were second to Texas, which reported 43 people sickened by salmonella.  No deaths were reported.

While the CDC still has not publicly identified the outbreak's source, Taco Bell released a statement.

"The CDC has stated the public health is not at any risk and this incident is completely over," Taco Bell said in a statement sent to HealthPop. "The CDC indicated that some of the people who were ill ate at Taco Bell, while others did not. They believe that the problem likely occurred at the supplier level before it was delivered to any restaurant or food outlet. We take food quality and safety very seriously."

The news has raised questions as to why the CDC did not disclose to the public that Taco Bell was suspected in the October 2011 outbreak, only to be named "Restaurant Chain A."

"If there's not an important public health reason to use the name publicly, CDC doesn't use the name publicly," Dr. Robert Tauxe, the CDC's director of the Division of Foodborne, Waterborne and Environmental Diseases, told MSNBC. Tauxe said the CDC balances public health safety concerns with preserving cordial relationships with companies, because a lot of testing information the CDC obtains is voluntarily supplied by companies.

Salmonella bacteria are the most frequently reported cause of foodborne illness. Infection results in fever, cramps, and diarrhea that lasts for several days and can require hospitalization.

Texas resident gets over $4,000 in bills after COVID test
Ryan Jaslow