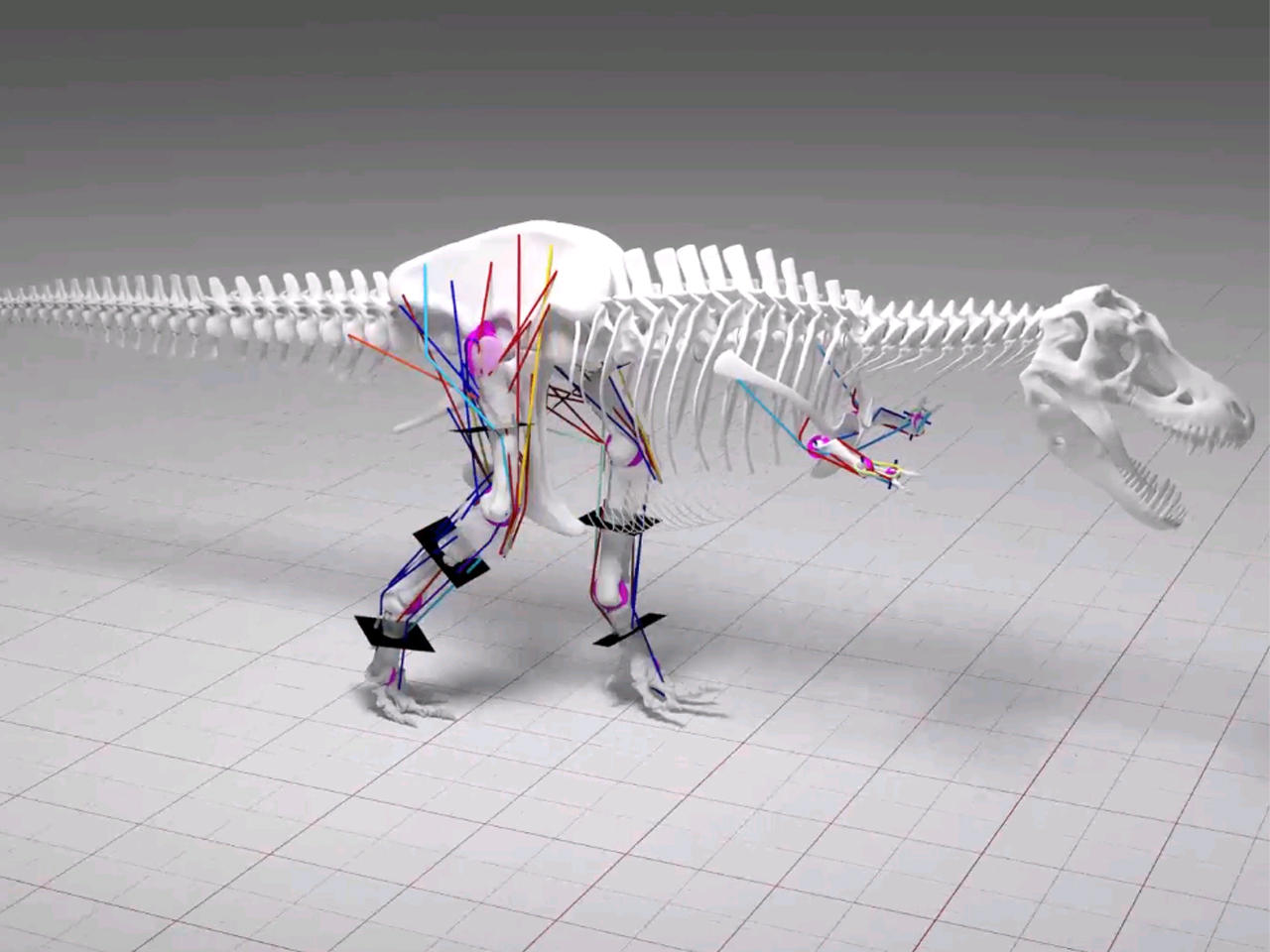 LONDON -- Tyrannosaurus rex was a slowpoke. That is the conclusion drawn from the latest research by scientists at the University of Manchester in England, whose study flies in the face of decades of Hollywood depictions of T. rex as a predator hot on the heels of fleeing pray.

The research looked "extensively into the gait and biomechanics" of the world's most notorious dinosaur and determined that, thanks to his enormous size and weight, Tyrannosaurus rex could never have chased after his dinner at high speeds -- and likely struggled to even walk quickly.

"The researchers have combined two separate biomechanical techniques, known as multibody dynamic analysis (MBDA) and skeletal stress analysis (SSA), into one simulation model, creating a new more accurate one," the university said in a news release heralding the study.

If a T. Rex had tried to run, the digital modelling showed that its leg bones would have "buckled under its own weight load."

The scientists behind the study said it "changes the way we have to think about the way T. rex behaved," as the best previous modelling had led most of the scientific community to believe the mighty dinosaur could hit speeds up to 45 miles per hour.

"The running ability of T. rex and other similarly giant dinosaurs has been intensely debated amongst palaeontologist for decades," said lead researcher Professor William Sellers.

"Being limited to walking speeds contradicts arguments of high-speed pursuit predation for the largest bipedal dinosaurs like T. rex and demonstrates the power of Multiphysics approaches for locomotor reconstructions of extinct animals," he said, adding that the new modelling technique was likely to enhance current thinking of other big beasts.

"Tyrannosaurus rex is one of the largest bipedal animals to have ever evolved and walked the earth. So it represents a useful model for understanding the biomechanics of other similar animals," said Sellers. "Therefore, these finding may well translate to other long-limbed giants, but this idea should be tested alongside experimental validation work on other bipedal species."

While T. rex might have struggled to catch a meal, whatever it did catch stood little chance in the jaws of the king of the dinosaurs; a study published earlier this year found that a Tyrannosaurus rex had a bite force of 7,800 pounds-force (34,522 newtons) -- equal to the weight of three small cars.