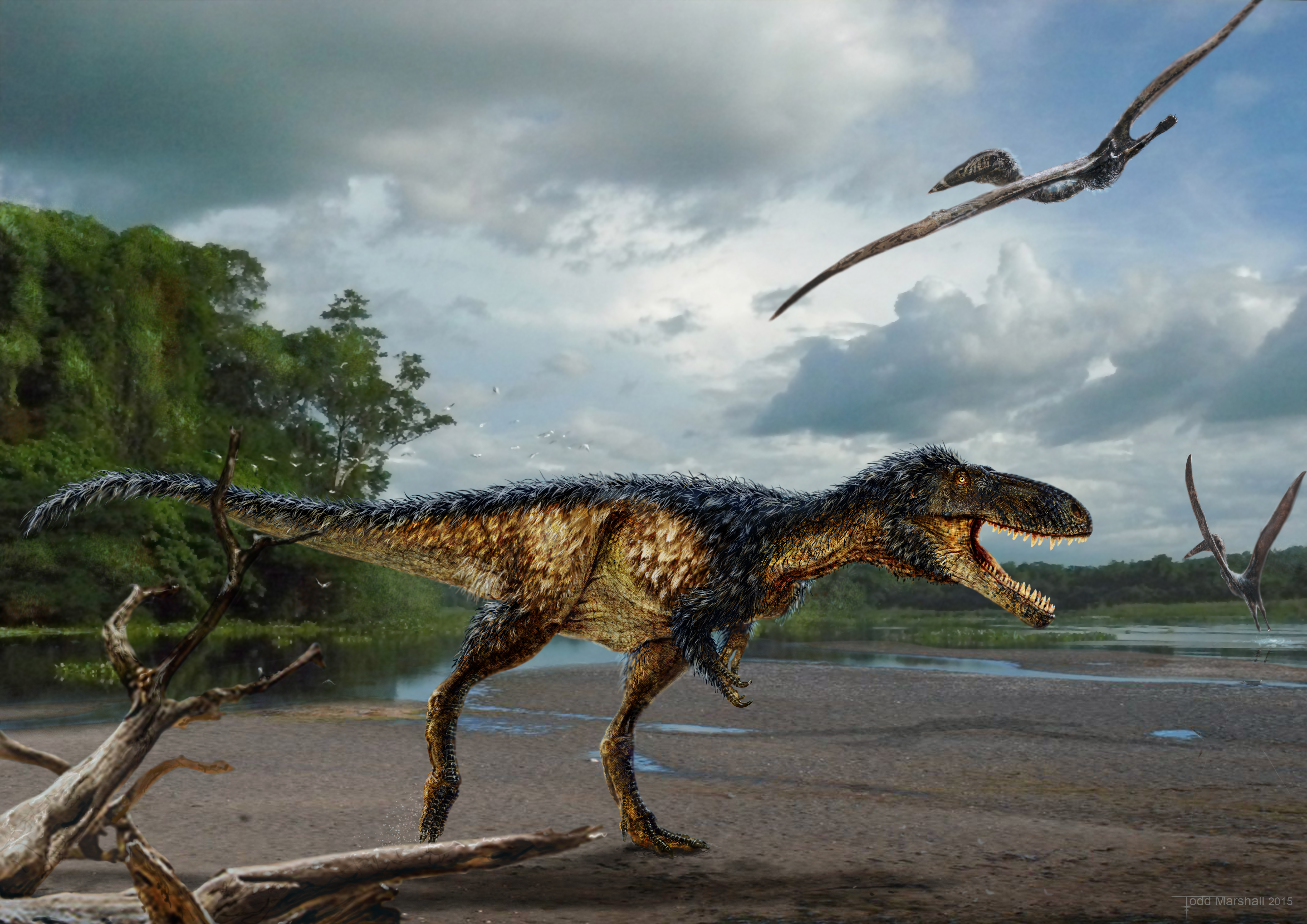 The ancestry of the king of dinosaurs -- Tyrannosaurus rex -- has long puzzled scientists due to a 20-million-year gap in fossil record. A newly discovered mini tyrannosaur, however, sheds light on how the creatures evolved from a carnivore the size of a horse into a 40-foot, seven-ton monster, the ultimate super predator of prehistoric times.

Dr. Hans Sues, the chair of the department of paleobiology at the Smithsonian National Museum of Natural History, introduced the new species, Timurlengia euotica, to the public for the first time Monday.

"[Timurlengia euotica] proved to be a really important member of the tyrannosaur family because it shows how these giant super predators came to be," he said. "We had long known that this linage goes back more than 100 million years...and we always wondered how relatively small animals like the early tyrannosaurs ... had grown up to be super predators that were the size of a school bus and had the weight of a large African Bull elephant."

From 1997 to 2006, Sues, along with a few other scientists, uncovered thousands of fossils belonging to a variety of species while working in Uzbekistan. The "Rosetta Stone" of discoveries, according to Sues, came in 2004 when they found part of the skull of what would come to be recognized as the latest member of the tyrannosaur family.

The braincase, according to Dr. Stephen Brusatte, a co-author of a paper about the find published in the Proceedings of the National Academy of Sciences, allowed scientists to develop a "head first hypothesis," debunking previous assumptions that the T. rex grew in size before it acquired its keen senses and cognitive abilities.

"[Timurlengia] has a large brain," Brusatte said via Skype from Scotland. "It has an advanced brain. It has an ear with a very long cochlea, perfectly attuned to hearing low frequency sound. We used to think that those were the features of only the biggest tyrannosaurs, that those were things that evolved in the biggest tyrannosaurs in concert with the evolution of large size."

Simply put, he said, this shows that "the tyrannosaur had to get smart before it got big."

Sues said he recognizes that, besides "Jurassic Park" fans and a few enthusiastic paleontologists, the general public may have difficulty appreciating the significance of a species that existed more than 90 million years ago. Nonetheless, he says this discovery has particular relevance in today's era of climate change.

"We live in a time where the weather is warmer -- there is a consensus among the scientific community about this. This animal lived in a time when the world was extremely warm, and yet it managed to adapt quite nicely to this kind of climate," Sues told CBS News. "It's kind of interesting to see who is successful, what are the key features of species that are successful under changing climate conditions."

He continued, "[This discovery] is not going to cure cancer or come up with a better way of making sliced bread, but it's an important detail for our understanding of our own case in nature and how the natural world came to be."