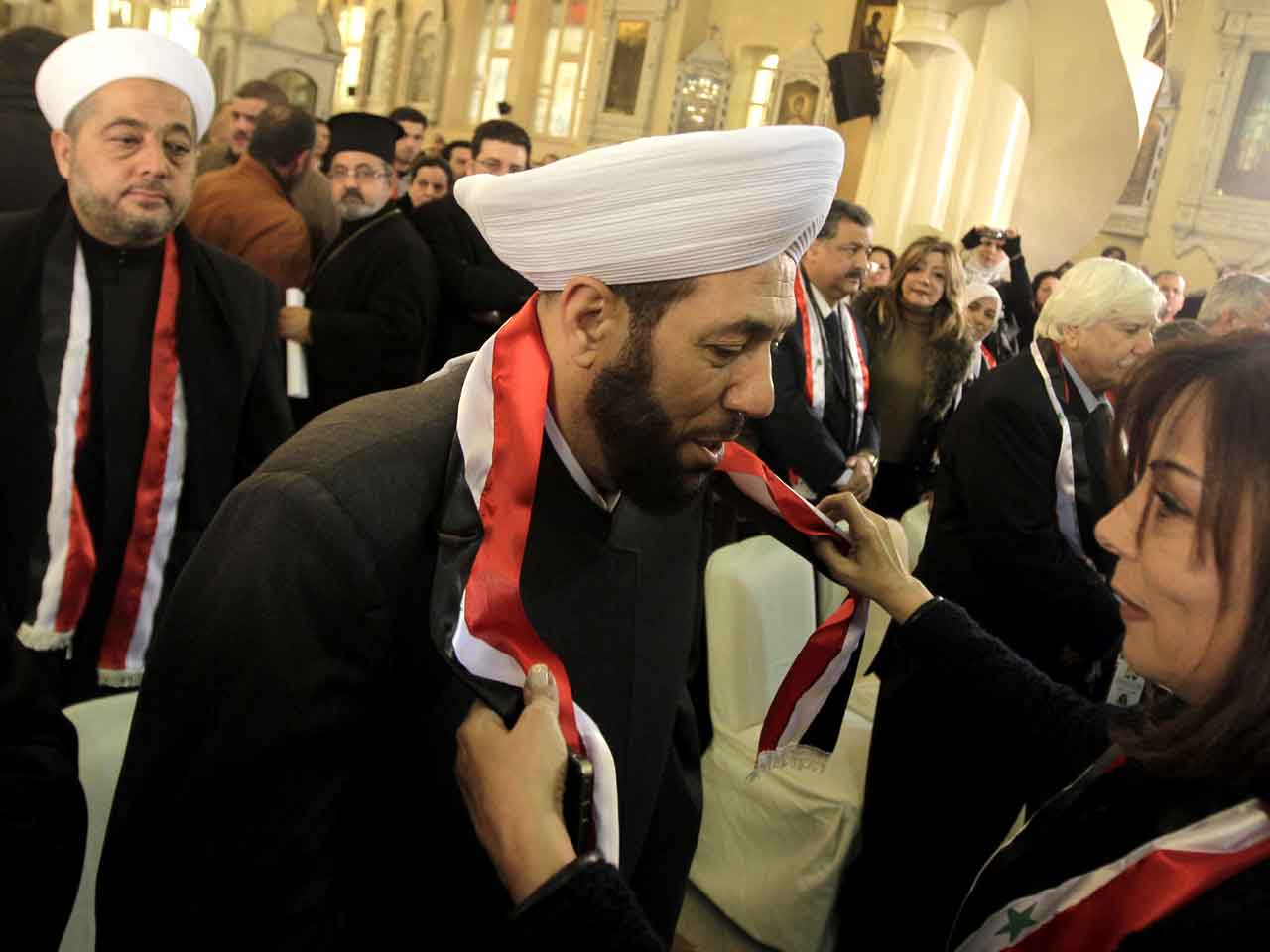 DAMASCUS, Syria -- As the announcement was made Saturday evening that Russia and China had vetoed a United Nations Security Council resolution condemning the actions of the Syrian regime, some Christians inside the country celebrated.

One man from the western Syrian town of Qatana called his relatives to say "mabrook," or congratulations, on the result of the vote. A lounge bar in Damascus offered two alcoholic drinks for one in a happy hour offer.

But in Christian homes around the country the prevailing sentiment is one of relief rather than delight -- they link the survival of the Assad regime to their own.

"Thank god for Russia. Without Russia we are doomed," said a Christian woman from Damascus recently.

As a fellow minority, Christians have long supported the Alawite regime in order to ensure protection and rights for themselves. The Alawite are a Shiite sect of Islam.

"Look what has happened in Iraq and now in Egypt," said the woman. "Assad in power means that won't happen here."

Thousands of Christians are tied up in the regime's security apparatus and are employed in high-ranking government and military positions. Aware that some day the masses might rise up against the regime, Syria's previous president, Hafez al-Assad, sought to consolidate power among the minorities, people he knew would unite when tested.

Furthermore, ties between Syria's Christians and Alawites are not restricted to the spheres of politics and security.

Both Alawites and Christians drink alcohol, regularly together. Alawites are seen by some Christians as being less Islamic in that many do not fast during the holy month of Ramadan. Many young Alawites frequent nightclubs and few wear the Islamic headscarf.

"The problems in Syria are nearly over," said another Christian woman, a school teacher, brushing off the latest violence. Her comments on Saturday were a repeat of what she told a correspondent for GlobalPost last August.

In the town of Qatana, 22 miles west of Damascus, the capital, a small Christian community is supportive of the army's current operation to surround the town. On Sunday, residents were not allowed to leave or enter the town following months of intermittent anti-regime protests there.

"They [the army] will keep us safe from the gangs and the extremists. We need them here," said one resident reached by phone.

When an unexploded shell smashed through the wall of a convent in the Christian town of Saidnaya last week, many Christians felt vindicated in their support of the regime. Christians took to Facebook to show how they were being targeted because of their religion. No group has claimed responsibility for the attack, though fighting between elements of the Free Syrian Army and regular forces have been taking place in the nearby town of Rankous.

"No one knows how the shell did not explode," said a Christian man with relatives in the town. "It was the work of god."

The regime has repeatedly attempted to publicize its support for the country's minorities and to portray itself as fighting Islamic extremists. Priests regularly appear on state television praying with leading Sunni and Shia clerics.

But on the ground, regime-backed gangs have reportedly been shooting into the air around Christian neighborhoods since the early days of the revolt many believe in order to drive them into the hands of the authorities.

The manager of a boutique hotel in the Christian quarter of Damascus' historic Old City blames international television networks for the "crisis," and not the regime's violent crackdown.

"Al Jazeera is causing all this trouble in Syria. They are telling lies. Look around you -- there are no problems here," she said.

Others believe Qatar and Saudi Arabia are working to take control of Syria and are being pushed by the United States and Israel.

Ahead of the Russian foreign minister, Sergei Lavrov's expected visit to Damascus this Tuesday, some Christians, however, think change may be coming.

"I think Russia will put pressure on Assad," said an Orthodox Christian lawyer in Damascus.

"I think they [the Russians] will tell him: 'Hold elections or we will stop supporting you.' It is not in Russia's interest to keep supporting the Syrian regime's crackdown. They're being criticized internationally and I don't think they'll stand for that much longer."