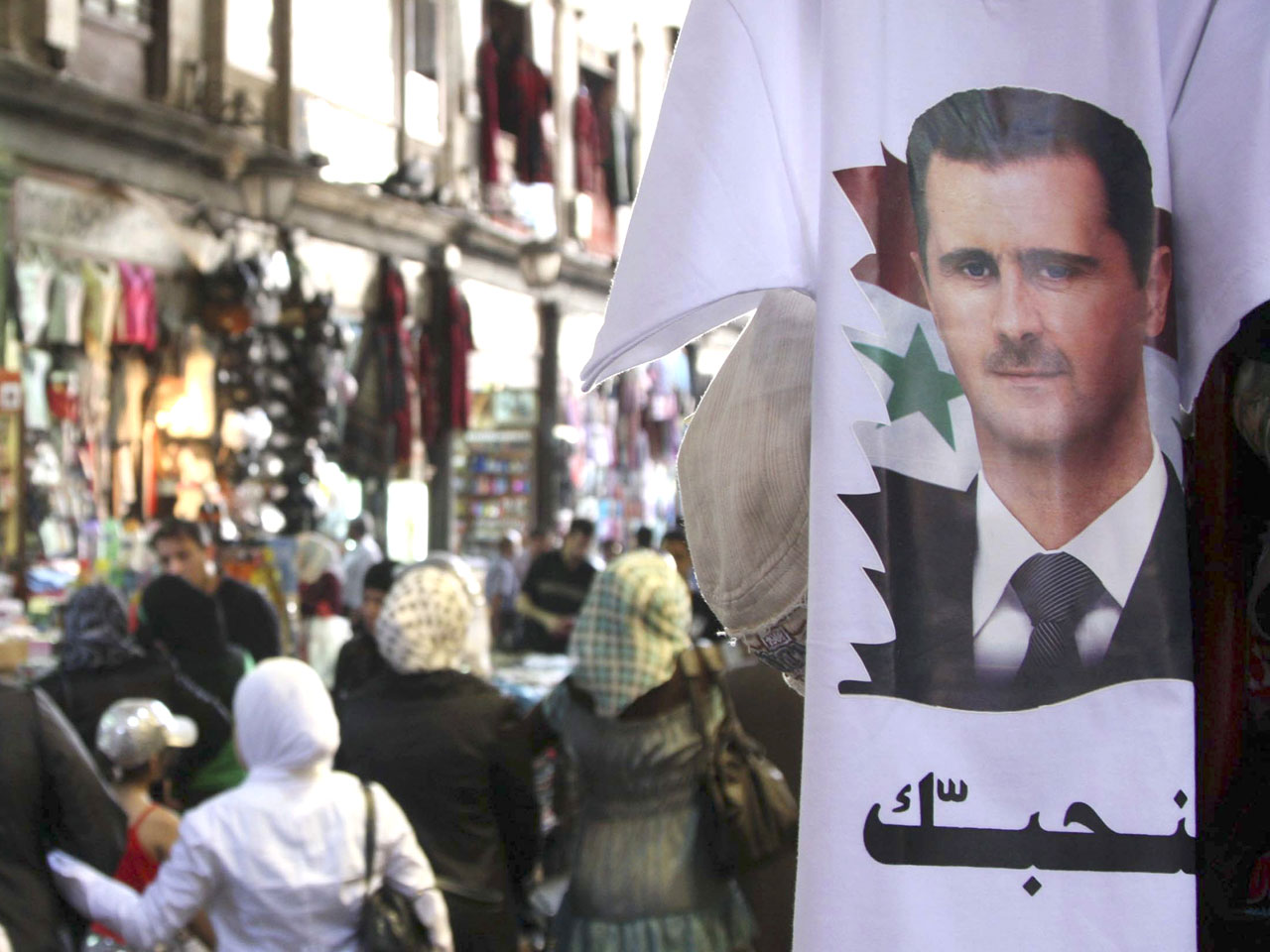 The TV says the amnesty covers all crimes committed before May 31.

It also includes prisoners belonging to political parties including those belonging to the outlawed Muslim Brotherhood party.

The decree was issued by Assad Tuesday.

It is believed to be part of overtures by the Syrian government to the opposition, largely seen as symbolic. Thousands of people have been arrested in the government's crackdown on a two-month-old popular uprising.

Human rights groups say over 1,000 protesters have been killed.

As Assad was offering the amnesty, the Syrian military used heavy machine guns and artillery in renewed attacks on a town in the country's turbulent heartland Tuesday. At least one person was killed and many others wounded, activists said.

The Local Coordination Committees in Syria, which helps organize and document the country's protests, said heavy gunfire was heard in Rastan, a few miles north of the central city of Homs and under attack since Sunday.

The committee said Ibrahim Salmoun perished in the Tuesday attacks. His death raises to 16 the number of people killed in the three-day crackdown in Homs province, scene of some of the largest anti-government demonstrations in recent weeks, activists said.

Assad's regime is determined to crush the ten-week old revolt against his rule. The government claims the uprising is the work of Islamic extremists and armed gangs.

Details coming out of Syria are sketchy because the government has placed severe restrictions on the media and expelled foreign reporters, making it nearly impossible to independently verify accounts coming out of the country.

The committees said the army was shelling Rastan from four directions using Russian-made T-72 tanks. Activists said the military also shelled a field hospital, destroyed the entrance to the city and its industrial zone.

Two soldiers, including an officer, were killed and four others wounded Tuesday, it said.

"They are the same people who demonstrate each time," he told Baath party cadres at Damascus University. His remarks were broadcast on Syrian television late Monday.

Human rights groups say more than 1,000 people have been killed and thousands arrested in the government crackdown, which has drawn condemnation and sanctions from the United States and European Union.

Bkheitan said mechanisms for a national dialogue would be announced within the next 48 hours and said a general amnesty is expected to be issued soon. He did not elaborate. The regime has spoke vaguely of reforming the system but has failed to implement changes.

Bkheitan said talking about constitutional changes that would allow challenges to Assad in the 2014 presidential election was "premature."

He further suggested that the regime was not ready to amend the portion of the constitution that declares the Baath Party as the leader of the state and society. That is one of the opposition's key demands.

"Now there are other priorities," Bkheitan said, without elaboration.

Activists told The Associated Press Monday that Homs residents used automatic rifles and rocket-propelled grenades to repel advancing government troops in Rastan and Talbiseh, also in Homs province. Residents put up a fierce fight for the first time in their two-month-old revolt against Assad's autocratic regime.

The activists said the fighting involved individual residents protecting themselves, not an organized armed resistance with an overall command structure.

Monday's accounts were the first credible reports of serious resistance by residents taking up arms. Some reports have also surfaced of civilians fighting back in the town of Talkalakh near the border with Lebanon. Both the government and human rights group say more than 150 soldiers and policemen have been killed since the unrest began.

A resident of Homs told AP Tuesday that resistance was continuing in Rastan, but that government troops entered Talbiseh late Monday and made sweeping arrests.

"They entered the town and it looks like they have accomplished their mission," he said.

Syria's Al Watan newspaper also said Tuesday that Talbiseh was now under the full control of security forces and the army.

The newspaper also said the main highway which also leads to Lebanon was closed by the army "to preserve citizens' lives as armed groups are targeting all passing cars."