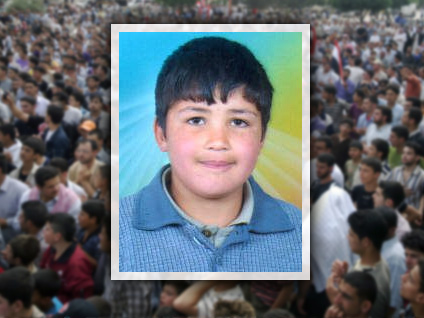 A video of a brutally beaten Syrian boy has reportedly stirred protesters to keep up their weeks-long fight against strongman Bashar al-Assad despite the regime's continued acts of violence against its own people.

The body of 13-year-old Hamza Ali al-Khateeb was returned to his family a month after his April 29 arrest during a protest in a village in southern Syria, The New York Times reported in its print editions Tuesday:

"Video posted online shows his battered, purple face. His skin is scrawled with cuts, gashes, deep burns and bullet wounds that would probably have injured but not killed. His jaw and kneecaps are shattered, according to an unidentified narrator, and his penis chopped off."

The video shows graphic shots of the dead boy's body and might offend some viewers.

"People are very upset about the death of the young boy Hamza," one protest organizer told the Times on the condition of anonymity. "He was just a child. It is a crime, a serious crime."

The Times reports that al-Khateeb's death has galvanized protesters across the country with some carrying signs that read "We are all Hamza al-Khateeb" and "Did Hamza scare you that much?"

Al-Assad's military continued its assaults against dissidents Tuesday. Protest organizers told The Associated Press that the military used artillery and heavy machine guns during an offensive in Rastan, killing at least one man.