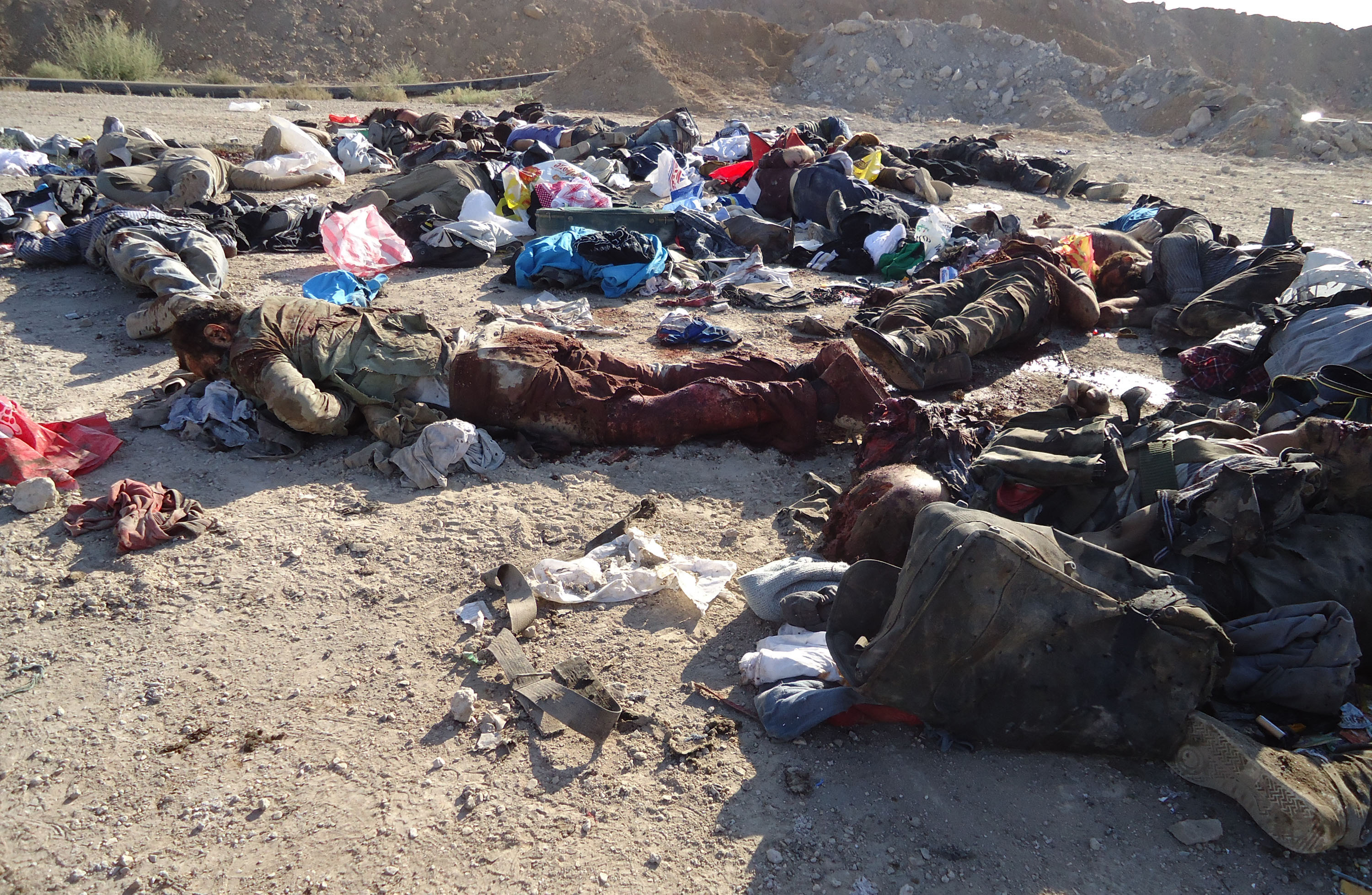 BEIRUT Syrian government forces killed more than 60 rebels Wednesday in an ambush near Damascus, a blow to opposition fighters confronting a regime offensive in the capital, activists said.

The state news agency SANA confirmed the ambush near the Damascus suburb of Adra at dawn, saying "dozens" were killed. The Britain-based Syrian Observatory for Human Rights said at least 62 rebels died. It did not report any government casualties.

SANA said the rebels were members of the al Qaeda-linked Jabhat al-Nusra or Nusra Front. It added that they included foreign fighters.

Syrian troops have been on the offensive in the past few months in an attempt to clear out Damascus suburbs used by opposition fighters to threaten President Bashar Assad's seat of power.

State-run television broadcaster Al-Ikhbariya aired footage of bloodied corpses, some in camouflage. It said they were killed in an ambush as they were on their way to attack an army post near Damascus.

The bodies were gathered in what appeared to be a desert area.

Al-Ikhbariya also showed a Tunisian passport of a man who was born in 1978. The picture on the passport was of a bearded man. It also showed Islamic headbands and automatic rifles that were apparently carried by the rebels.

Mohammed Saeed, an activist who is based near Damascus, told The Associated Press that 65 rebels were on their way from the eastern suburbs of the capital to the nearby area of Qalamoun. He added that the rebels were walking the 30-kilometer (19-mile) route because it is dangerous to drive in the area as it is watched by regime forces.

"The regime forces riddled them with heavy machine gun fire," Saeed said via Skype. He added that 62 were killed and three escaped and reached Qalamoun.

"It seems that the regime discovered the secret road that the rebels were using," Saeed said.

In the north, a missile struck the rebel-held city of Raqqa, killing three people and wounding dozens including children, the Local Coordination Committees activist group said. The Observatory said that two children were among the three killed.

Amateur videos showed at least three children who suffered wounds and were rushed away in a pickup truck.

A boy, with minor wounds to his mouth, knees and feet, screamed as he was held by a man in the pickup truck and shouted "Dad!" The man holding him tried to calm him down, saying: "Dad will come soon."

The videos appeared genuine and corresponded to other AP reporting on the events depicted.

Meanwhile, the Observatory said that Kurdish gunmen captured about 70 government troops Wednesday who fled the air base of Mannagh in the northern province of Aleppo. The base was captured by rebels Tuesday after months of fighting.

The Observatory also reported fighting and shelling in the mountains of the coastal province of Latakia, an Assad stronghold. Rebels captured 11 Alawite villages in an offensive earlier this week and troops launched a counterattack to retake it.

Syria's conflict has taken on an increasingly sectarian tone in the last year, pitting predominantly Sunni Muslim rebels against members of Assad's Alawite sect, an offshoot of Shiite Islam.

Syria's crisis started as a largely peaceful uprising against Assad's rule in March 2011. It turned into a civil war after opposition supporters took up arms to fight a brutal government crackdown. More than 100,000 people have been killed in the violence.