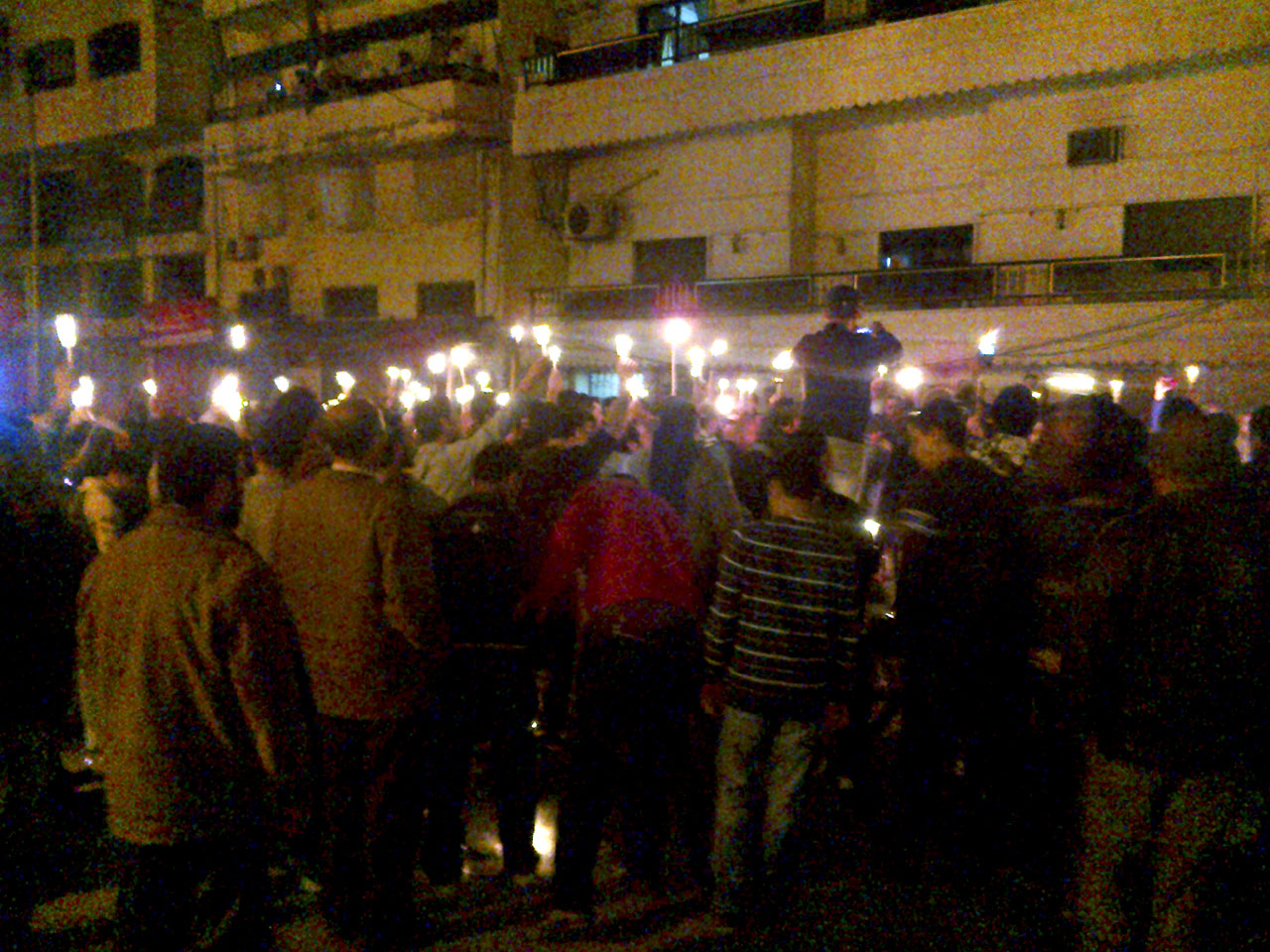 BEIRUT - Syrian troops went door-to-door in cities and towns across the nation Monday, arresting scores of people in a campaign of intimidation aimed at crushing an uprising against President Bashar Assad's authoritarian regime, activists said.

Rami Abdul-Rahman, head of the Syrian Observatory for Human Rights, said hundreds of people had been arrested over the past two days alone.

"The arrests are ongoing, from the besieged southern city of Daraa to the country's north and passing through the suburbs of Damascus," he said.

At least 10 people have been killed in the operation as well, reports the BBC. Residents report that men aged 15 to 40 have been rounded up and bussed away.

In a statement on Sunday evening, the interior ministry offered an amnesty until May 15 for citizens caught up in the revolt to hand themselves in, Al Jazeera reports. Syrian officials say protesters have "been misled," and they continue to blame "armed groups and terrorists" for the troubles.

Assad is determined to crush the 6-week-old revolt, which began in Daraa and quickly spread across the nation of some 23 million people. Rights groups say at least 545 Syrians have been killed since the uprising began in March.

Now, the once-unimaginable protests are posing the most serious challenge to four decades of rule by the Assad family in one of the most repressive countries in the Middle East.

"It seems the authorities have taken an undeclared decision to kill off the uprising using security and military means," said Abdul-Rahman, who is based in London.

Daraa, a drought-plagued city, has been under siege for a week since the regime sent in troops backed by tanks and snipers to crush protests. Electricity, power and fuel have been cut and the military has largely sealed off the area.

"I have never been so scared in all my life," said one Daraa resident who fled late Sunday to an area some 10 miles (16 kilometers) away.

"Security men have divided Daraa into four parts ... there was indiscriminate shelling yesterday, people are terrified," he told The Associated Press Monday. "It's like a military barracks there."

Also Monday, Al-Jazeera said one of its journalists, Dorothy Parvaz, 39, has not been heard from since arriving Friday in Damascus. Parvaz, who had U.S., Iranian and Canadian citizenship, was a former reporter and columnist for the Seattle Post-Intelligencer.

"We are deeply concerned for Dorothy's safety, security, and well-being. We are requesting full cooperation from the Syrian authorities to determine what happened at the airport, what her current location is, and the status of her health," Al-Jazeera said in a statement.

In Damascus, a witness said security forces dispersed a group of about 100 women in the capital who were carrying banners of support for the women and children of Daraa.

Ten minutes into the protest, police broke it up by force, beating a few of the women, said the witness, who spoke on condition of anonymity for fear of reprisals.

The witness accounts could not be independently confirmed. Syria keeps tight restrictions on the media and has expelled foreign journalists and restricted access to trouble spots.