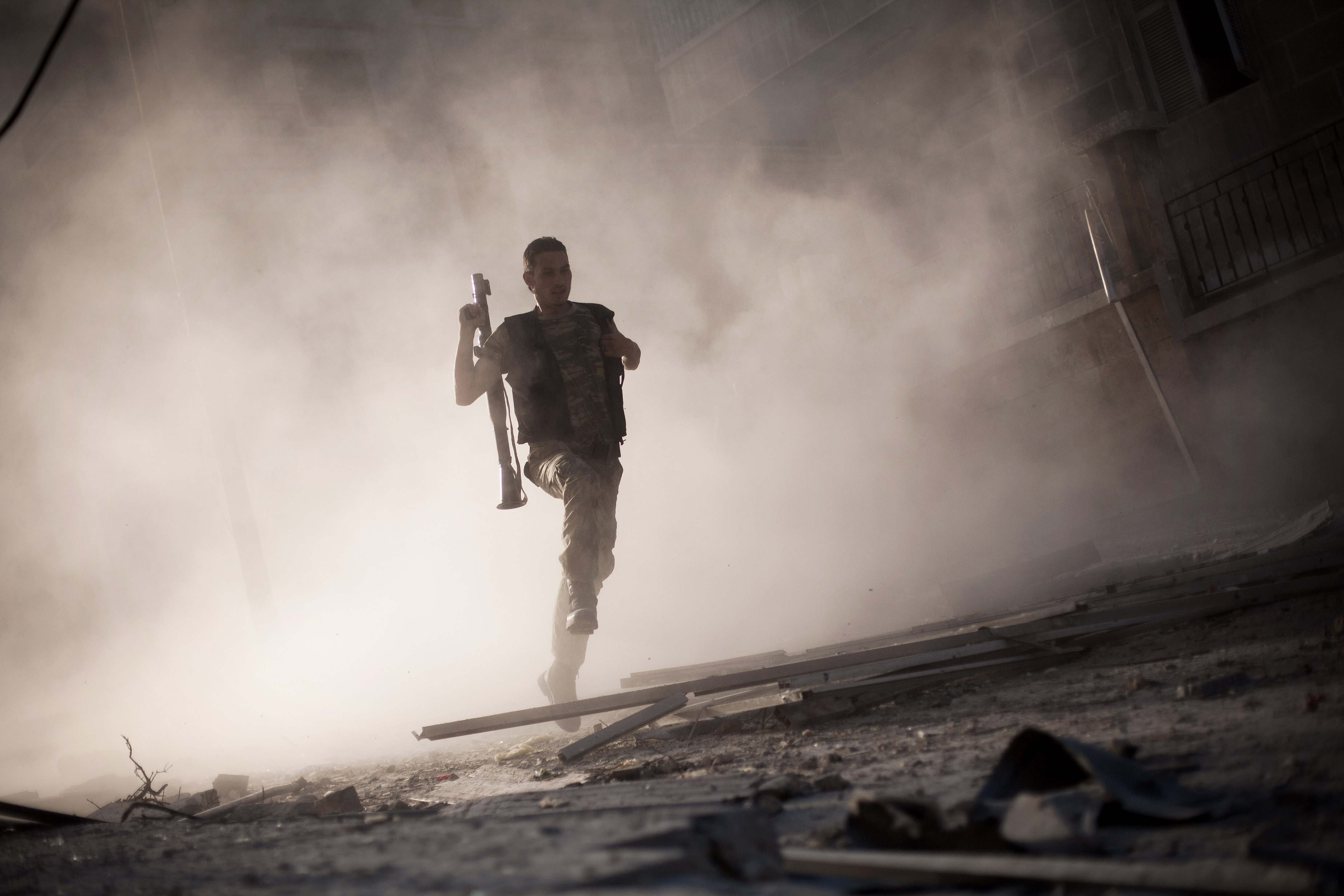 BEIRUT Syrian rebels captured a major air base in the north of the country on Tuesday after months of fighting, depriving President Bashar Assad's forces of one of their main posts near the border with Turkey, activists said.

Mannagh, in the north of Aleppo province, is deep inside territory dominated by the Syrian opposition. Rebels have been trying since last year to capture it, but faced strong resistance from defenders.

Rebels seized part of it in June, and since then its fall has been widely expected. The air base is the largest to fall in rebel hands since opposition forces captured the Taftanaz base in the northern province of Idlib in January.

The Observatory said the final assault on Mannagh was led by members of the al Qaeda-linked Islamic State of Iraq and the Levant. It began early Monday when a Saudi suicide attacker blew his vehicle up outside the command center of the sprawling compound.

It said the rebels then began advancing, capturing vehicles and buildings inside the base. It did not say how many government troops were killed but said at least 10 rebels, including foreign fighters, died in the fighting.

The Observatory added that rebels took prisoner a number of government troops.

The fall of Mannagh followed the rebel capture of four villages in the heartland of Assad's minority Alawite sect on the country's Mediterranean coast. Rebel victories have otherwise been comparatively rare in recent months, and Assad's forces have been on the offensive in the center of the country.

More than 100,000 people have been killed since Syria's conflict started in March 2011 as largely peaceful protests against Assad's rule. After opposition supporters took up arms to fight a brutal government crackdown on dissent, it turned into an armed uprising and later escalated into a civil war.