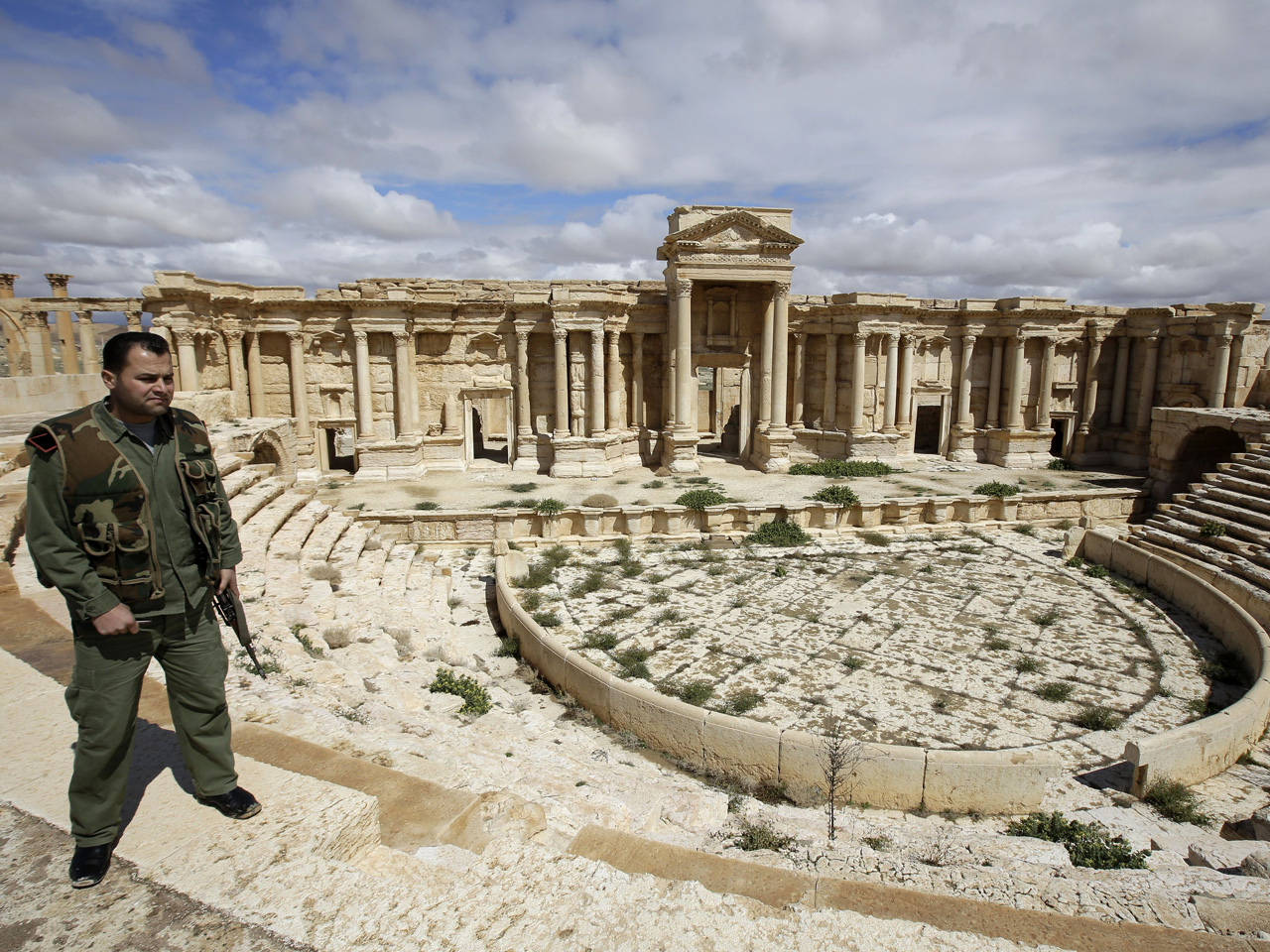 "Syrian troops have advanced and recaptured control of the whole city. The air force has been mounting dozens of air strikes against ISIS militants who are running away in the desert," a military source told CBS News on condition of anonymity.

He said dozens of jihadi fighters were killed in the fighting.

A video circulated on social media shows a man raising a black ISIS flag on a building allegedly in northern Palmyra. The extremists have seized a gas field northeast of Palmyra and nearby villages.

The official Syrian news agency SANA quoted a military source as saying on Saturday that regime forces had prevented ISIS fighters from seizing a hilltop southwest of the Islamic citadel.

Most of Palmyra's renowned ruins, including colonnaded streets and elaborately decorated tombs, lie to the southwest of the city.

Palmyra, also known as Tadmur, is home to extensive ruins of one of the most important cultural centers of the ancient world. It was put on UNESCO's list of World Heritage sites in danger in 2013.

ISIS, which espouses a puritanical Islamist ideology, has destroyed antiquities and ancient monuments in Iraq. Palmyra is also of strategic importance, sitting at a highway intersection linking it to the cities of Homs and Damascus, some 150 miles to the southwest.

ISIS began its offensive on Palmyra Wednesday and inched closer to the ancient metropolis Thursday and Friday, executing at least 49 civilians over those two days, including nine minors and five women.