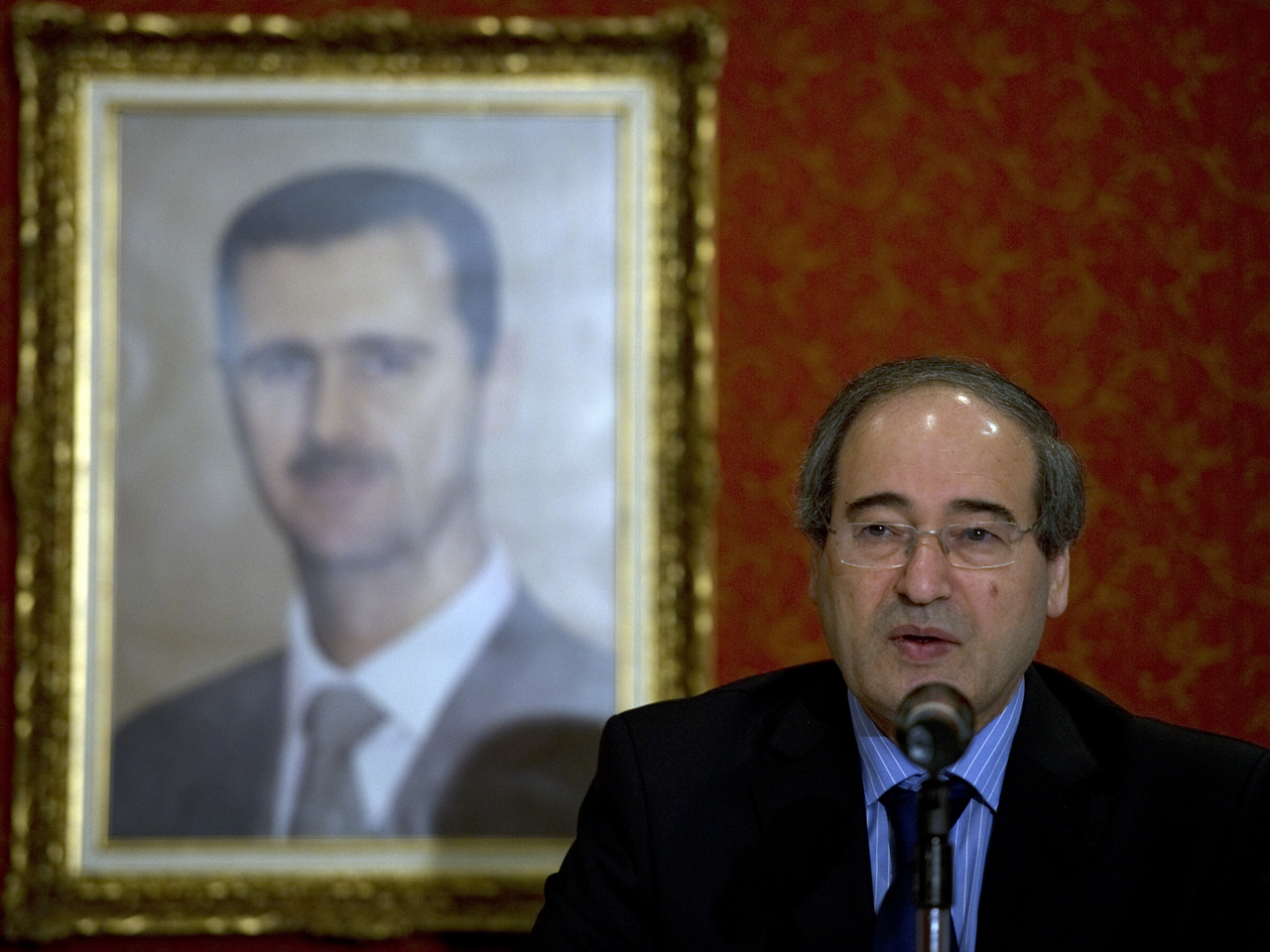 BEIRUT Syria sharply criticized NATO's move to deploy Patriot missiles along its border with Turkey, calling the decision "provocative," as the West took a major step toward a possible military role in the civil war.

After getting Cabinet approval, German Defense Minister Thomas de Maiziere told reporters that two German Patriot batteries with a total of 400 soldiers would be sent to the border area under NATO command for one year, although the deployment could be shortened.

The announcement also appeared to be a message to Assad's regime at a time when Washington and other governments fear Syria may be readying its chemical weapons stockpiles for possible use as fighting with the rebels in the capital, Damascus, and other areas intensifies.

U.S. Secretary of State Hillary Rodham Clinton reiterated concerns Wednesday that "an increasingly desperate Assad regime might turn to chemical weapons" or lose control of them to militant groups.

Clinton was to meet Thursday in Dublin with Russian Foreign Minister Sergey Lavrov, in unscheduled talks highlighting the urgency of the diplomatic arm wrestling between the two nations on the Syrian crisis.

U.S. officials tell CBS News correspondent Margaret Brennan the meeting may be a sign that Russia is now willing to consider supporting further U.N. action against Syrian President Bashar Assad's regime -- to send a message that he must stop his deadly assault on rebel forces and areas under their control. Opposition officials say the 21-month assault has left more than 40,000 people dead.

CBS News correspondent David Martin reported Monday that Assad's regime had begun preparing its chemical weapons for use. Martin said orders had been issued in Syria to bring together chemical ingredients that are normally stored separately for safety, but that form the deadly nerve agent sarin when they are combined.

This type of activity had not been detected before and one of the U.S. officials said it bears further scrutiny.

Syria's deputy Foreign Minister Faisal Mekdad insisted the deployment of the missile defense system would not affect the determination of President Bashar Assad's government to crush the "terrorists," using the regime's term for rebels fighting to topple the longtime leader.

Mekdad denounced the NATO move and the chemical weapons "chorus" as part of a conspiracy that is possibly laying out the foundations for a military intervention in Syria.

Syria has been careful not to confirm it has chemical weapons while insisting it would never use such weapons against its own people.

"I repeat for the hundredth time that even if such weapons exist in Syria, they will not be used against the Syrian people," Mekdad said in an interview with Lebanon's Al-Manar TV station. "We cannot possibly commit suicide, Syria is a responsible country."

Mekdad added that the Syrian government is worried the U.S. or some European countries could provide "terrorist" organizations in Syria with chemical weapons to use, then blame the government.

Asked about NATO's approval to send Patriot missiles to Turkey, Mekdad said "there is absolutely no justification for that because Syria will not attack the friendly people of Turkey."

He said Syria's problem was with the Turkish government led by Recep Tayyip Erdogan, which he said has funded and trained "terrorists" and opened its borders for al Qaeda fighters to come to Syria.

He said the Turkish government was "bankrupt" and was "begging for assistance from NATO countries."

"The Turkish move and NATO's support for it is a provocative move, part of psychological warfare against Syria," Mekdad said. "But if they think this will affect our determination to fight the terrorists ... they are wrong."

He warned that any foreign military intervention against Syria will be "catastrophic" with severe consequences.

NATO agreed earlier this week to send the weapons to prevent cross-border attacks against Turkey after mortar rounds and shells from Syria killed five Turks.

Germany's Cabinet approved sending German Patriot air defense missiles to Turkey on Thursday. The decision must be endorsed by the German Parliament, but approval is all but assured. The Dutch Cabinet is expected to announce approval Friday, contingent on parliamentary approval.

De Maiziere said the overall mission was also expected to include two batteries each from the Netherlands and the United States.

German officials stressed that the missiles will only be used to defend Turkish territory and would not be a part of any "no fly zone" over Syrian territory.

"Nobody knows what such a regime is capable of and that is why we are acting protectively here," Foreign Minister Guido Westerwelle said.

Officials said the Patriots will be programmed so that they can intercept only Syrian weapons that cross into Turkish airspace. They aren't allowed to penetrate Syrian territory pre-emptively. That means they would have no immediate effect on any Syrian government offensives — chemical or conventional — that remain strictly inside the country's national borders.

Due to the complexity and size of the Patriot batteries — including their radars, command-and-control centers, communications and support facilities — they will probably have to travel by sea and won't arrive in Turkey for another month, NATO officials said.

Violence in Syria, meanwhile, persisted. A booby-trapped car exploded outside the offices of the Red Crescent society in the al-Zahera neighborhood of Damascus, killing one person, according to state television.

It's the latest in a series of bombings that have hit Damascus in recent weeks amid fierce fighting in the capital's suburbs between Assad's forces and rebels seeking to topple him.

The Syrian Observatory for Human Rights said the explosion was followed by a heavy deployment of security troops in the area on the southern edge of Damascus.