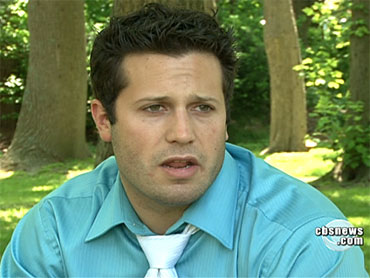 Across the country, demand for a synthetic form of marijuana is soaring. Unlike the real thing, this drug - called spice or K2 - is legal in most states. Now, a handful of lawmakers are taking action. This week Missouri became the sixth state to ban the use of K2.

It's a designer drug fad fueled online, CBS News Correspondent Seth Doane reports. Brian Siegal first heard about it from friends and then saw it on the Internet.

"The word gets out so quickly and just spreads like wildfire," Siegel said.

It has names like spice and genie but is mostly known as K2, providing a high likened to marijuana. If you have not heard of it yet, staffers at places such as the Georgia Poison Center sure have, fielding more than 50 calls about K2 in the last two months.

Nationwide, more than 500 people have phoned poison centers about the drug already this year, up from just 12 calls last year.

The synthetic marijuana is packaged in brightly colored bags and may only look harmless.

"This is incredibly dangerous," Lopez said.

K2 can be up to 15 times more powerful than marijuana and lead to a disturbing range of symptoms, Lopez said.

Still, K2 is legal in 44 states and easy to get anywhere. The six states banning the drug are Alabama, Georgia, Kansas, Kentucky, Louisiana and Missouri. Illinois, Michigan, New Jersey and New York are considering bans.

"You can order it online, and you can get it in magazines," said Siegel. "Very easy to get."

It's not detected by drug-tests either.

"It's like a dream come true for an addict," Jason Schmider, a K2 drug user, said.

Schmider tried the drug more than 50 times until he wound up in the hospital, he said.

"That was the final straw," he said.

Then, he found himself at drug treatment center called Phoenix House outside New York City.

Meanwhile, the Drug Enforcement Administration is trying to learn what's in the drug itself. CBS News was granted rare access at a special testing facility near Washington, D.C.

Tests are part of deciding whether spice and K2 should be a controlled substance, Boggs said.

"The fact that they're legal really is almost irrelevant," said Boggs. "People are just basically playing Russian roulette with these every time they take them."

That's a gamble that means months of rehab for Schmider.

"It was like the scariest moment of my life," said Schmider. "It's not worth it."

That's a warning drowned out by the quickly spreading reputation of a powerful high that's legal, easy to get and hard to detect.