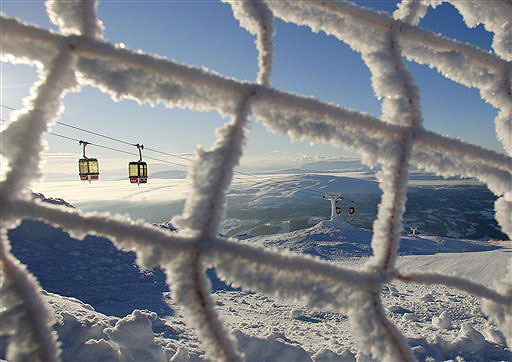 STOCKHOLM -- Snowy white winters are likely to become a thing of the past for most Swedes.

The national weather service on Monday released a new analysis of how climate change will affect the Nordic country - and it's bad news for skiing enthusiasts.

It said the length of the snowy season is expected to shrink by 40-80 days by the end of the century, depending on what action governments take to fight global warming.

That means the southern third of the country, where most of the population lives, would get very few, if any, days with snow cover.

Governments will meet in Paris later this year to discuss a new pact to slow climate change.