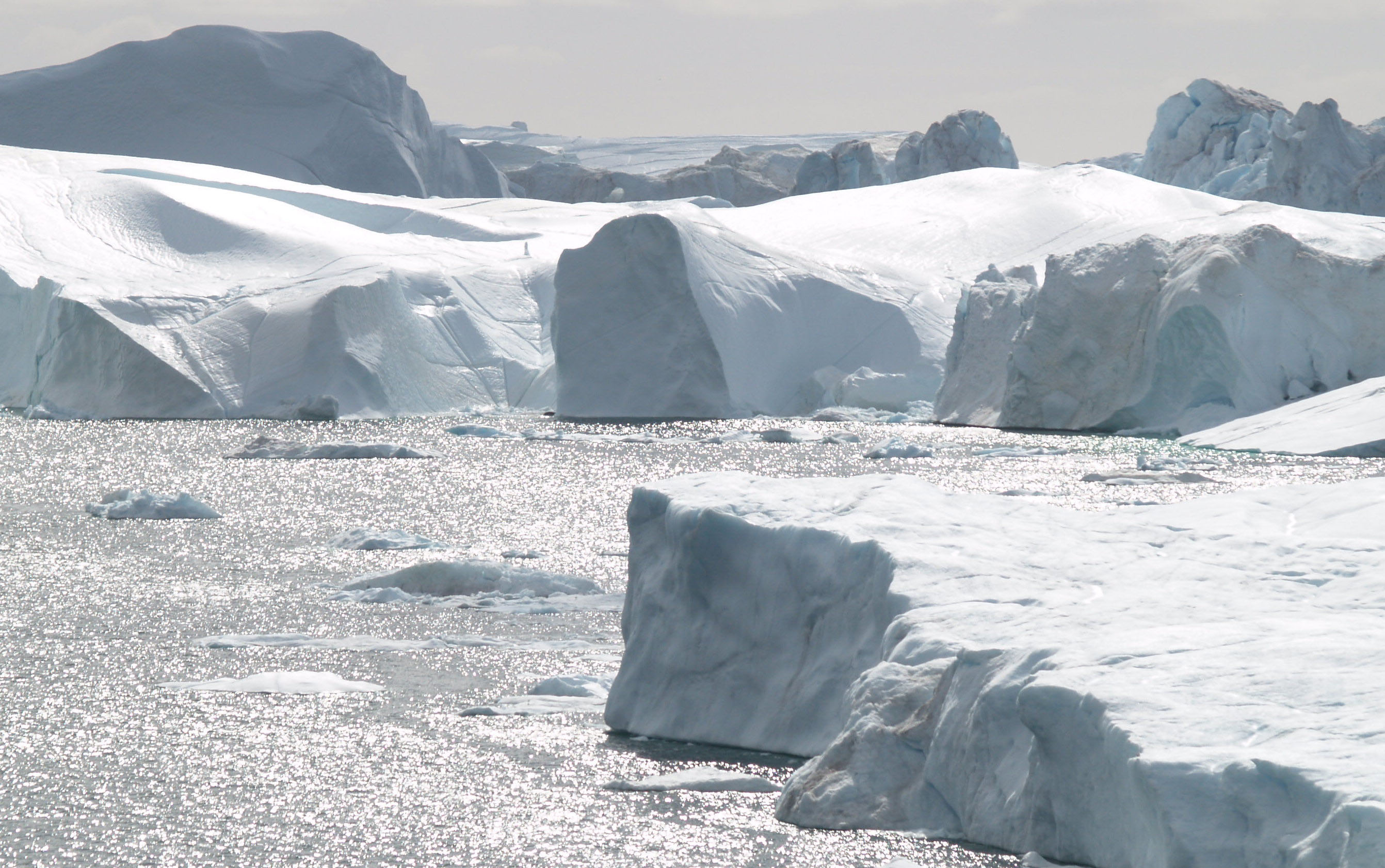 Rising sea levels have been mostly measured in inches in the past decades, but scientists said they could increase more than 20 feet in the future as global warming continues to melt ice sheets in Greenland and Antarctica.

The dire projections are based on a look back at the climate record, with scientists finding that increases of 20 feet have happened at least twice over the past 3 million years when temperatures were very similar to what they are today.

If similar increases were seen across the globe, that could put tens of millions of people living in coastal communities from New York to Miami to Bangkok at risk of storm surges and increased flooding. Even NASA is fearing its launch pads could be threatened by climate change.

Many of these coastal communities are already seeing increased flooding - and that is just from global sea levels rising around 8 inches since 1880. Records also indicate the rate of sea level rise has intensified since the 1990s.

"Studies have shown that both the Greenland and Antarctic ice sheets contributed significantly to this sea level rise above modern levels," Anders Carlson, an Oregon State University glacial geologist and paleoclimatologist, and co-author on the study that was published Thursday in Science, said.

"Modern atmospheric carbon dioxide levels are today equivalent to those about 3 million years ago, when sea level was at least 6 meters higher because the ice sheets were greatly reduced," he said. "It takes time for the warming to whittle down the ice sheets but it doesn't take forever. There is evidence that we are likely seeing that transformation begin to take place now."

Peter Clark, an Oregon State paleoclimatologist and another co-author of the study, said that because current carbon dioxide levels are as high as they were 3 million years ago, "we are already committed to a certain amount of sea level rise."

"The ominous aspect to this is that CO2 levels are continuing to rise, so we are entering uncharted territory," Clark said. "What is not as certain is the time frame, which is less well-constrained. We could be talking many centuries to a few millennia to see the full impact of melting ice sheets."

The researchers, analyzing everything from fossilized coral to records of ice sheets to geophysical models on sea level response, concluded that sea levels rose 20 to 30 feet higher than present about 125,000 years ago, when global average temperature was 1.8 degrees higher than preindustrial levels, similar to today's average. Sea level peaked somewhere between 20 and 40 feet above present during an earlier warm period about 400,000 years ago, when global average temperatures are estimated to have been about 1.8 to 3.6 degrees warmer than the preindustrial average (though that estimate is uncertain).

During those times, atmospheric carbon dioxide levels peaked around 280 parts per million, but today's levels are over 400 ppm and rising. The team of researchers looked at the last time period when carbon dioxide was this high - about 3 million years ago - but weren't able to say for sure what the levels were due to problems with shoreline records.

"If anything, we may be looking at worst scenarios because carbon dioxide levels are much higher so our inference is that ice sheets are out of equilibrium with the present climate so that they are now catching up to all this warming that has occurred in the atmosphere and the ocean," Andrea Dutton, a University of Florida geochemist and lead author on the study, said.

The challenge looking ahead is to better understand how these ice sheets respond to these temperature increases, including the "threshold temperature beyond which it undergoes irreversible retreat, with current estimates ranging from 1.8 degrees to 7.2 degrees above pre-industrial temperatures," according to the study.

"As the planet warms, the poles warm even faster, raising important questions about how ice sheets in Greenland and Antarctica will respond," Dutton said. "While this amount of sea-level rise will not happen overnight, it is sobering to realize how sensitive the polar ice sheets are to temperatures that we are on path to reach within decades."

Dutton said understanding the response of the ice sheets "will be very important to guide policy makers or inform decisions on mitigating sea level rise."

"One of the most burning questions for policy makers is how fast sea levels will rise," she told CBS News. "We want to know will sea levels rise gradually as ice sheets retreat or will they rise very suddenly due to rapid ice sheet collapse? That is a fundamental question that we are trying to get at by looking at the past records."