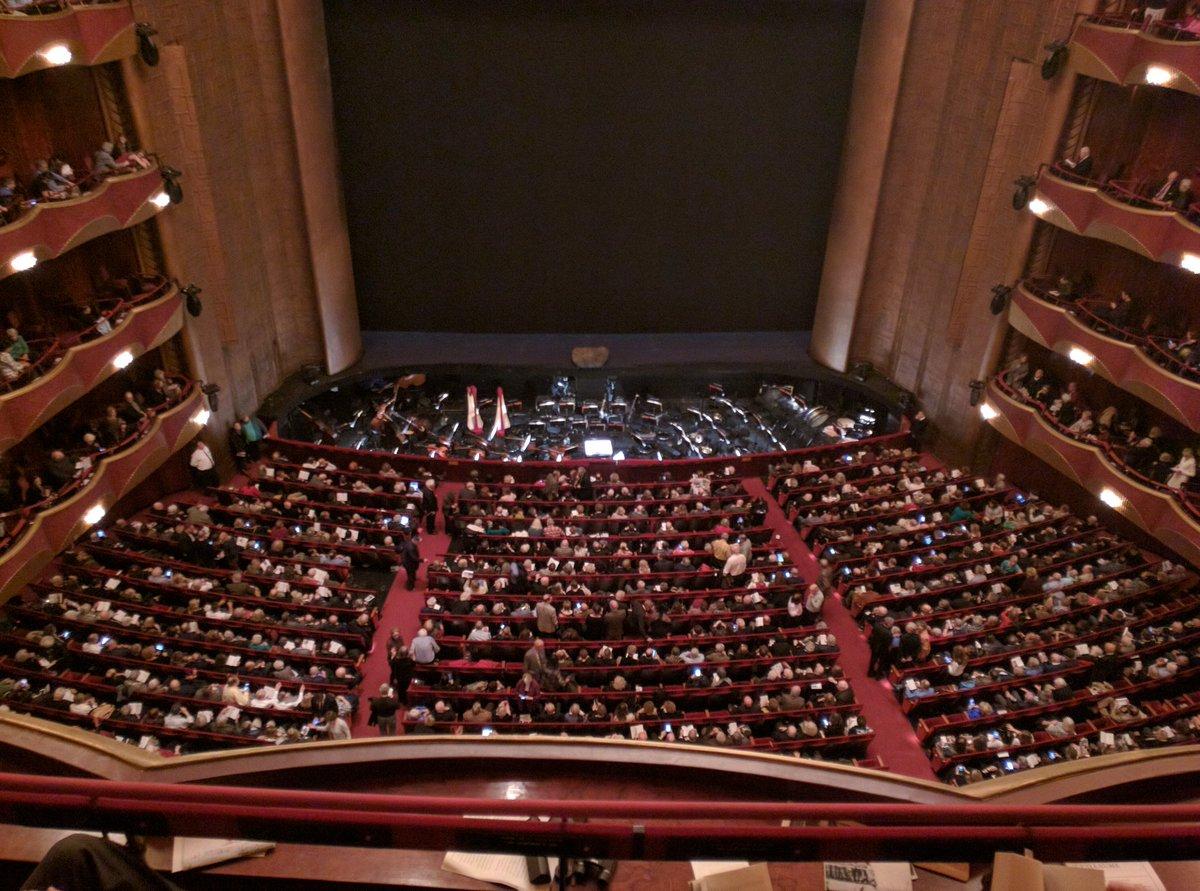 NEW YORK -- Saturday’s performance of “Guillame Tell” at the Metropolitan Opera House was disrupted when an audience member sprinkled an unidentified powdery substance into the orchestra pit.

In a news conference Saturday night, investigators said the substance is still being tested but they have reason to believe it may have been someone’s ashes, CBS New York reports.

Police were called and the show was cancelled during the second intermission around 5:23 p.m.

John Miller, the New York Police Department’s deputy commissioner in charge of intelligence and counterterrorism, said several audience members said a man told them he was there to sprinkle the ashes of a friend, his mentor in the opera.

Miller said the man was in front of the first row of seats when he sprinkled the powder into the orchestra pit during the second intermission when most of the musicians were not present.

He said the powder will be tested, but the possibility that it was in fact human ashes “is certainly an area that we are pursuing.”

Police know who the man is and are reaching out to him, Miller said, adding that the man does not live in New York.
Miller said the disposal of ashes at an opera house may violate city codes but, “I don’t believe at this point that we see any criminal intent here.”

Police initially said one person at the opera house requested medical attention. Miller said no one was injured.

Investigators said the audience member approached the orchestra pit with a bag and sprinkled the substance in two places.

They also said they spoke with some opera goers who reported speaking with someone who expressed interest in spreading the ashes of their mentor inside the theater.

“As it seems to be the case, obviously ashes of an opera lovers mentor being sprinkled into the pit, although certainly inconveniencing all of us, is a far cry better than anything else. You know we appreciate opera lovers coming to The Met, we hope that they will not bring ashes with them,” General Manager Peter Gelb said.

Chair of the Metropolitan Opera Committee Jessica Phillips released a statement, saying “While this incident is extremely troubling to say the least, we are grateful that no one was seriously injured and none of the priceless instruments which had to be abandoned in the orchestra pit, due to emergency evacuation, suffered any damage. I’m sure that on Monday morning the Met Opera be reevaluating it’s security protocols.”

“Someone who works for the opera house came out to say that the fourth act was being cancelled because of some problems,” one audience member said. “He did not elaborate, but he said everybody was healthy, there was no illness in the back, but whatever the problem was made it impossible to present the fourth act.”

“The audience was very unhappy, there was whistling, and yelling and screaming, but they had no choice but to leave,” he told CBS New York.

Audience members at “Guillaume Tell” described confusion as the intermission went on longer than usual.

A Met representative at first announced that a technical issue was causing the delay, then returned a few minutes later to announce that the fourth act would not be performed. The audience was told to go home.

“Everybody kind of slowly walked out,” said Dylan Hayden of Toronto. “As we were exiting the building, I noticed the counterterrorism unit going into the building.”

Hayden, who was seated in the 11th row back, added, “The idea that they said that it was a technical error, when I was maybe 15 feet away from a potential dangerous substance, that kind of irks me a little bit. But at no point did I feel an actual threat.”

Gelb said people who had Saturday tickets to either opera should call the Met and make arrangements to see a later performance.

Baranello, who spoke by phone from a train headed back to Massachusetts, said that’s not so easy for opera fans who don’t live in New York. “It’s too bad because most of the best music in ‘Guillaume Tell’ is in Act 4, in my opinion,” she said.

“Guillaume Tell,” Rossini’s opera about folk hero William Tell, had not been performed at the Met in more than 80 years before this season. The opera’s overture is known to many Americans as the theme music to the 1950s TV show “The Lone Ranger.”