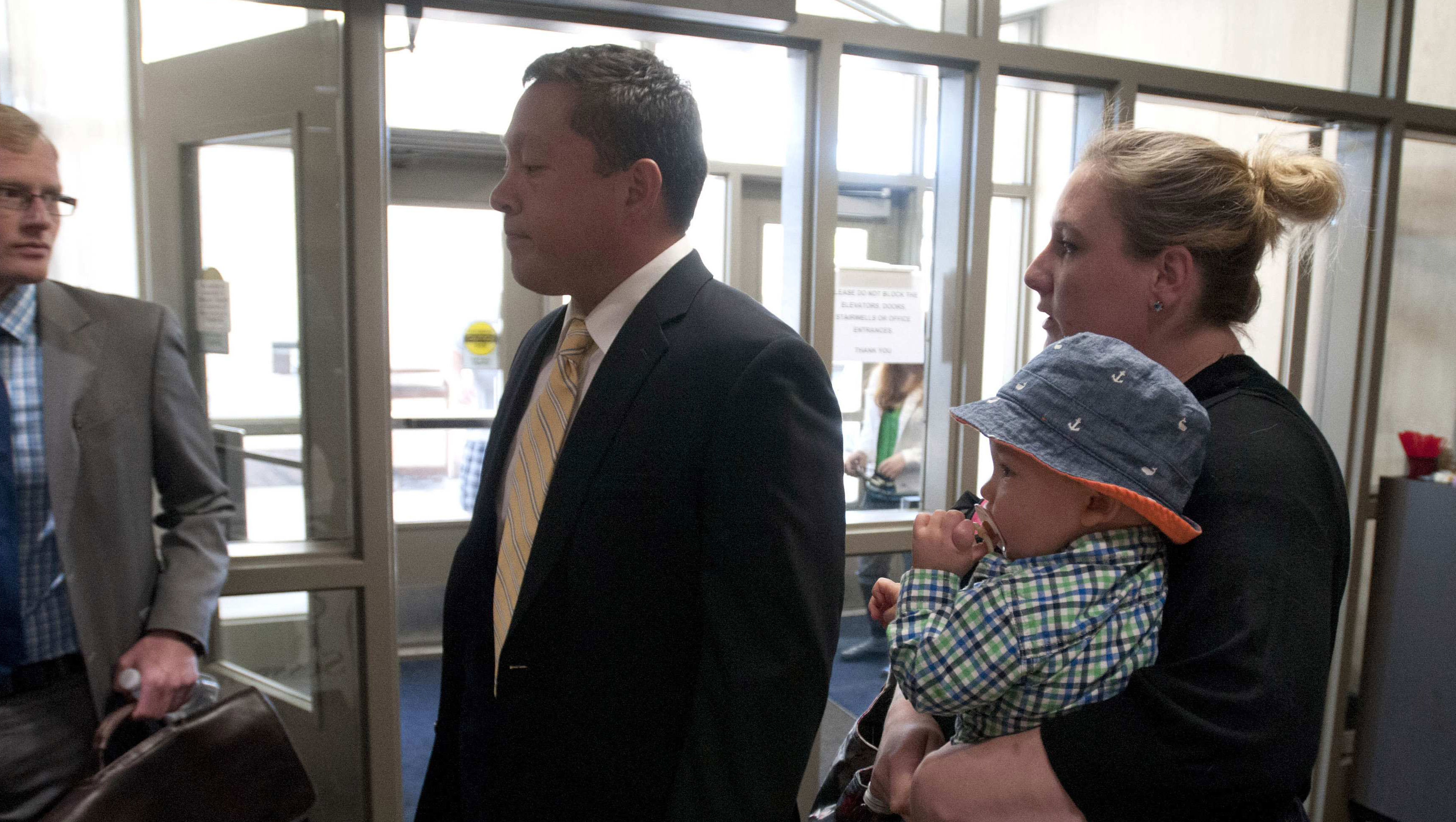 Last month, 29-year-old Markus Kaarma, of Missoula, allegedly shot and killed 17-year-old Diren Dede, of Hamburg, Germany, after the teen broke into his garage. The former U.S. Forest Service firefighter has been charged with deliberate homicide, according to the news agency.

During Wednesday's hearing, a judge informed Kaarma of his rights, according to Reuters. The man is reportedly free on $30,000 bond.

Reuters reports Kaarma did not answer questions outside court. The next hearing in the case is set for June 25.

An autopsy report showed Dede was shot twice, and that a wound to the head was fatal. Prosecutors said Wednesday that they are not charging Kaarma's wife in connection with the deadly shooting, according to CBS affiliate KPAX.

Paul Ryan, the defendant's attorney, previously said his client would plead not guilty by invoking a defense that is in line with Montana's version of the "castle doctrine," which permits homeowners to use force if they believe there is impending harm or a threat to life, reports Reuters.

Court documents obtained by the news agency state Dede was in Montana for a single school term and his host family lived only two houses away. A witness said the exchange student was unarmed when he entered Kaarma's open garage as part of a popular local high school prank known as "garage hopping."

Kaarma's house had been recently burglarized, according to Reuters. He was alerted to Dede's presence in his garage by motion sensors and a video monitor that he had installed after the burglaries.

Prosecutors said the suspect went outside and fired a shotgun into his darkened garage, hitting Dede in the arm and head. The boy died a short time later.

Ryan has cited a 2009 amendment to state law which shifts the burden of proof onto prosecutors as to whether a homeowner was in fear for his life when exercising lethal force, according to the news agency.