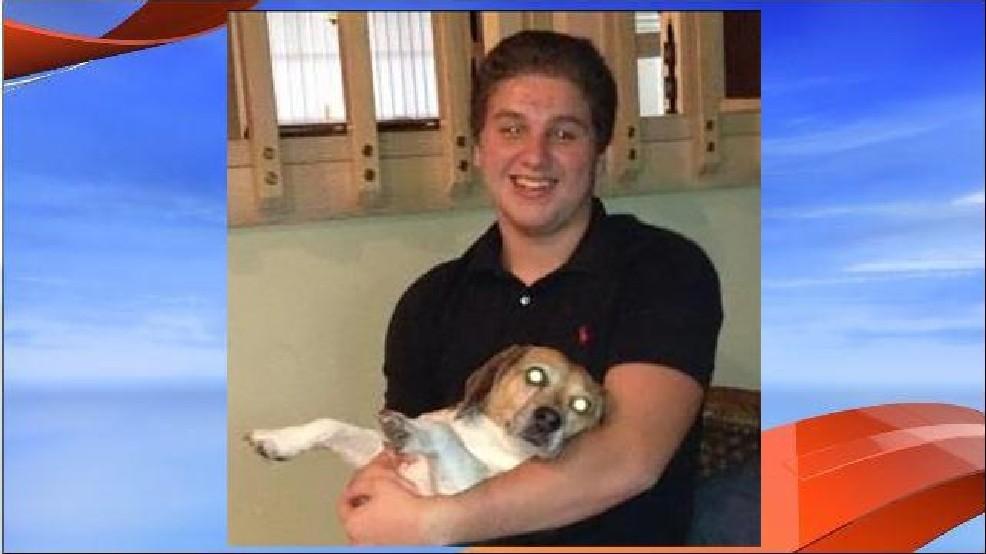 TEQUESTA, Fla. -- The Florida student who police say fatally beat and stabbed a couple in their garage in a random attack posted a series of bizarre YouTube videos in the weeks leading up to the slayings.

19-year-old Austin Harrouff, a fraternity brother and rising sophomore at Florida State University, is accused in the Monday night attack in a quiet neighborhood north of Jupiter that left 53-year-old Michelle Mishcon and John Stevens III 59, dead.It took three to four deputies – one of whom used a Taser – and a K-9 to subdue the “abnormally strong” teen, who authorities say was found biting off pieces of the male victim’s face.

Police have said the attack was possibly fueled by a synthetic drug like Flakka or bath salts, but they’re awaiting test results.

Harrouff, who was majoring in exercise science, has a strange online footprint in which he posted YouTube videos of himself talking about bodybuilding, oftentimes assuming strange personas and accents and acting oddly. In the videos, the 19-year-old often refers to himself as “Austi Frosti,” and an online bio for the YouTube channel for A. Frost reads: “I’ve got a psycho side and a normal side. I’ve lost my mind help me find it.”

CBS affiliate WPEC and the Miami Herald identified the YouTube channel as belonging to Harrouff.

In an Aug. 10 video, posted days before the attack, Harrouff speaks about why he doesn’t do steroids.

“I know what’s right for me, I don’t need drugs, I know that they can change me,” Harrouff says.

In an Aug. 2 video, Harrouff films himself shirtless and speaking in an apparent Russian accent as he discusses persistence in weighlifting.

“Without persistence, you don’t have anything, OK?” he says.

In an Aug. 4 video, he assumes an apparent British accent as he demonstrates the bodybuilding “vacuum pose,” which creates a hollow in the space beneath the rib cage.

An Aug. 6 video entitled “The Best Chest Exercise” shows Harrouff riding in a car, speaking in an odd voice about the benefits of the bench press before he apparently becomes agitated.

“I just want to [expletive] say that,” he screams in a high-pitched voice. “And like anyone who disagrees is such an [expletive.]”

In the hours before the attack, Harrouff was exhibiting bizarre behavior, according to the Martin County Sheriff’s Office and a Jupiter police report.  Around 8:30 p.m., he stormed off from dinner out at a restaurant with his family, apparently upset over the service, police have said.

His mother Mina Harrouff called Jupiter police about three hours later. She told an officer her son had been acting strangely for about a week, said he felt he had superpowers and that he was “here to protect people,” a Jupiter police report said. She told Officer Luis Rocha her son had no history of mental illness nor heavy drug use.

“Mina told me that she does not believe him to be a danger to anyone or to himself,” Rocha wrote.

The woman did tell a 911 dispatcher, however, that she believed her son was carrying a pocketknife.

She and Rocha didn’t know that 45 minutes after he left Duffy’s restaurant, Austin Harrouff had been arrested in neighboring Martin County by sheriff’s deputies, who said they saw him mauling Stevens’ body.

Harrouff, who police said was making animalistic sounds during the attack, was admitted to a hospital in serious condition. He is now stable and conscious but has been unable to speak because of a breathing tube.

Police tell the Miami Herald Harrouff is expected to be charged with two counts of first-degree murder and aggravated battery on a Good Samaritan – a neighbor, Jeff Fisher, was stabbed multiple times when he tried to intervene.

Martin County Sheriff William Snyder has said he’s never seen a murder seen so violent in his career in law enforcement. Investigators can’t find any connection between Harrouff and the victims, and Snyder called the attack “as random as random can be.”

Man sentenced for wife's death at sea during honeymoon