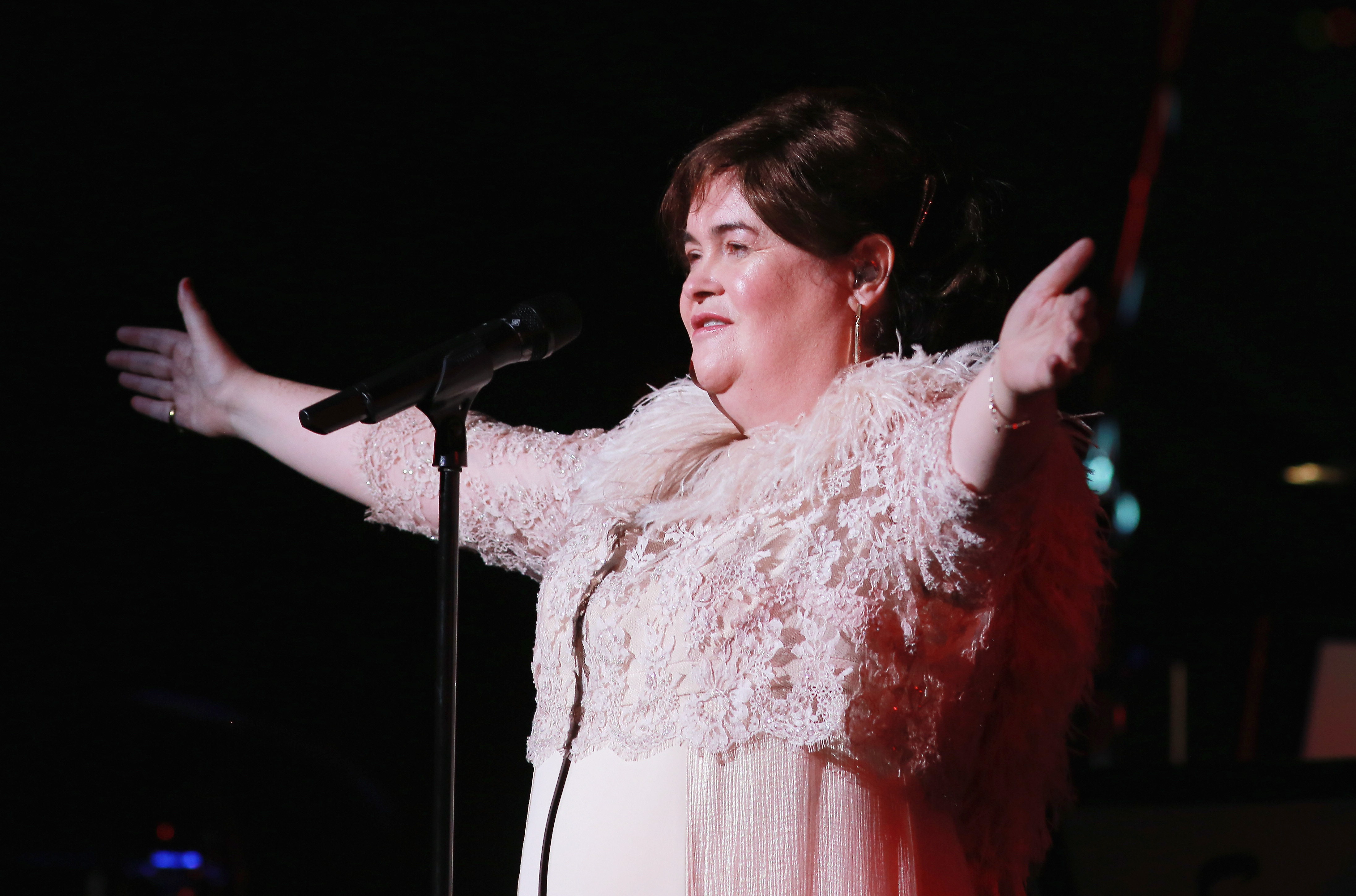 The magnificent and shy singer Susan Boyle has her first boyfriend at age 53 -- a Connecticut doctor she met on her recent U.S. tour who may soon visit her in Scotland.

"That's the plan," Boyle's spokeswoman, Nicola Phillips, said Monday. "She met someone when she was in America and the idea is that he can come here."

Boyle and the doctor met at a hotel in Clearwater, Florida, Phillips said, adding that Boyle is "definitely" happy to have met someone.

The church volunteer from a small Scottish town became a global sensation when she sang the "Les Miserables" number "I Dreamed a Dream" on TV contest "Britain's Got Talent" in 2009. At first she seemed uncomfortable on stage, but she silenced skeptics as soon as she started to sing.

Boyle said at the time she had never been kissed.

The contrast between her timid, occasionally nervous manner and her matchless soaring voice won Boyle millions of fans throughout the world, and she has followed her TV breakthrough with a string of successful record releases. She has received an honorary doctorate, performed for Pope Benedict XVI and wowed audiences in Las Vegas.

But the pressures of performing have sometimes overwhelmed her, and she was treated for nervous exhaustion after her "Britain's Got Talent" run focused national attention on her.

Boyle told The Sun newspaper that the doctor she met in the U.S. was a "perfect gentleman" and that they enjoyed each other's company. She said the relationship was in "early days," but she hopes he will visit her in Scotland.

"It's very early days so we'll see what happens. I hope he comes over. I don't want to say any more about who he is right now as that would be unfair on him. All I'll say is we are around the same age and he was a very nice guy," she told the paper.

The singer was diagnosed last year with Asperger's syndrome, a form of autism, and had learning disabilities as a child.

"I have always known that I have had an unfair label put upon me," Boyle said last year about the diagnosis. "Now I have a clearer understanding of what's wrong and I feel relieved and a bit more relaxed about myself."