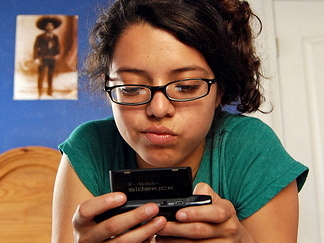 Members of the generation coming of age now have been described as "digital natives." Having been reared with computers and never knowing a time before the internet, young people have grown deeply enmeshed in technology and expect constant connectivity, according to commentators.

Now a new survey from Cisco is putting hard numbers to this phenomenon - and the findings may surprise even those familiar with the Facebook-addicted stereotype of Gen Y, as well as challenging companies trying to attract and retain young workers.

For its second annual Connected World Technology Report, Cisco surveyed 1,400 students and 1,4000 young professionals aged 21-29 in 14 countries, asking about their tech habits and views. The results, released this week, are stark:

One in three college students and young professionals considers the Internet to be as important as fundamental human resources like air, water, food and shelter.

More than half of the study's respondents say they could not live without the Internet and cite it as an "integral part of their lives."

How important was the internet to respondents? 64 percent said they'd choose a connection over a car, while 40 percent valued the internet more than dating, listening to music and going out with friends. Half would rather loose their wallet or purse than their smartphone.

Older technology like books, TV and newspapers didn't rate anywhere near as high, with one in five students telling Cisco they hadn't bought a physical book in the last two years and just one in ten citing TV as the most important technology in their lives.

The study is food for thought for companies keen to attract the next generation of talent, a workplace of locked down internet access and IT department-issued devices is seen as nearly as quaint as the whiskey swilling, skirt-chasing of TV's Sterling Cooper. Cisco reveals:

But before employers rush to find Gen Y talent on the social networks they feel so strongly about, companies should be warned that while nearly all surveys agree young folks highly value the ability to access their personal social media life at the office, they're more leery about communicating this way with firms and recruiters.

A report from young-focused consultancy Decode earlier this year found, for example, that only 33 percent of young people said they are open to recruiters finding them through social media. CEO Robert Barnard told MoneyWatch at the time that the research suggested, "people to hold back a little bit and make sure that's what Gen Y really wants. We're saying that there might be some hesitancy towards that sort of all out interaction through social media at work."

Solid advice. Gen Y is clearly more tech savvy and more addicted to connectivity than older cohorts, but that doesn't mean your company should use reports like the latest from Cisco as an excuse to rush into social media or policy changes without careful consideration and actual discussion with your younger employees.