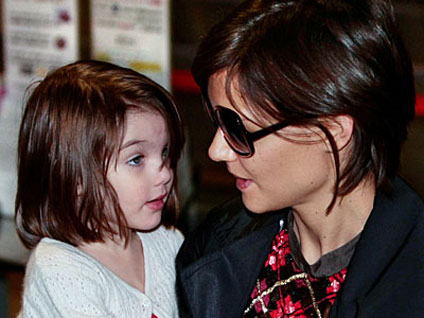 The daughter of Tom Cruise and Katie Holmes has traveled the world, been photographed in designer clothes and now, reportedly, also has her very own iPad.

The family was spotted at New York restaurant Il Cantinori on May 24, according to Life & Style, where the youngest Cruise was seen playing with the gadget while her parents chatted with dining partners.

The sighting has some bloggers and parenting experts talking about whether such an expensive gadget is approrprate for such a young child.

A source told the magazine that she "put her stuffed animals aside to use a drawing program on the expensive piece of equipment" and that she "played with the iPad for about 20 minutes before the family headed out of the restaurant just before midnight."