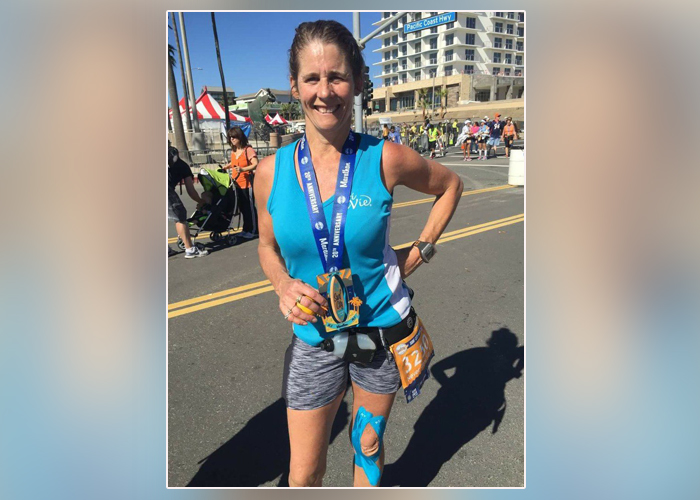 Surgeons say they have repaired a very large single bite wound on a 52-year-old woman who was attacked by a shark in Southern California over the weekend.

The woman, who was swimming in a wetsuit, was bitten on her upper torso and shoulder and was bleeding heavily after a lifeguard boat spotted her in distress.

Doctors at Orange County Global Medical Center said at a Tuesday press conference that the wound extended from the victim's shoulder down to her pelvis, CBS Los Angeles reported.

Dr. Humberto Sauri says Maria Korcsmaros was alert and remarkably calm when she came to the emergency room with multiple cuts and fractured ribs. She's expected to survive.

Officials say the mother of three was training for a half-Iron Man competition when she was attacked Sunday off Corona Del Mar State Beach. The beach was still closed Tuesday.

She ended up with large bite marks. Jeff Corliss, a spokesman with Orange County Global Medical Center, said Monday that the woman was expected to survive.

Also on Sunday, 13-year-old boy was bitten by a shark at Neptune Beach in Florida, CBS affiliate WJAX reported.

Last Saturday, an 11-year-old girl was badly bitten by a shark at Huguenot Park, which is approximately eight miles north of where the boy was bitten, according to the station.