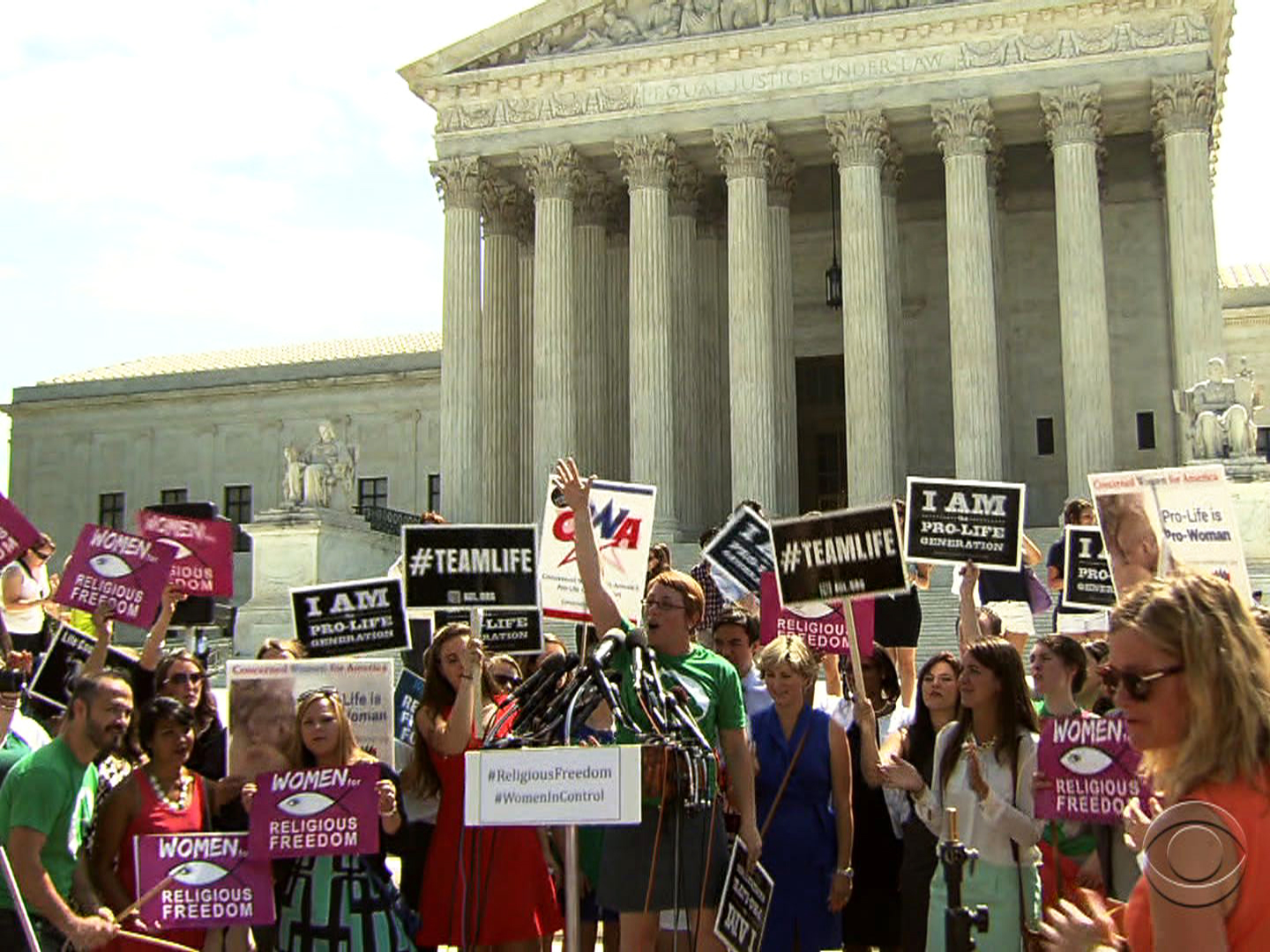 WASHINGTON -- The Supreme Court today upheld a challenge to a key provision of Obamacare -- the one that requires coverage for birth control. Many religiously affiliated employers were already exempt from the requirement. On Monday, the court said some for-profit companies don't have to pay for contraceptives either, if they object on religious grounds.

Inside the court, the justices were also deeply divided and sharply at odds in their approach to the case.

The majority decision by Justice Samuel Alito emphasized religious rights and marked the first time the court has allowed a for-profit corporation this type of religious exemption.

It was a victory for family-owned companies, like the Hobby Lobby chain of arts and craft stores, whose owners David and Barbara Green challenged the law.

The court said the health care law "clearly imposes a substantial burden" on the Greens' religious beliefs because it requires them to offer coverage for specific forms of birth control, like the morning after-pill and the IUD, which the Greens believe facilitate abortion.

It said there are other ways the government could "ensure that every woman has cost-free access to the particular contraceptives," making the impact on women employed by the companies "precisely zero."

Lori Windam, an attorney with the Becket Fund, which represented the Greens, said: "What the Supreme Court said is families do not give up their religious freedom when they open up a family business."

But liberal justices, led by Justice Ruth Bader Ginsburg, framed the issue as one of women's rights, saying the court discounts the "disadvantages" to those "who do not share the corporation owner's religious faith."

President of Planned Parenthood Cecile Richards said: "The Supreme Court is now saying actually that a for-profit company has the same rights as a church. That somehow the particular religious views of a CEO trump the right of the employees of that company to have access to family planning services."

The court said its decision focused on closely held family businesses whose owners have sincere religious beliefs -- not large publicly traded corporations. But opponents said this decision is going to open the door for many other legal challenges.