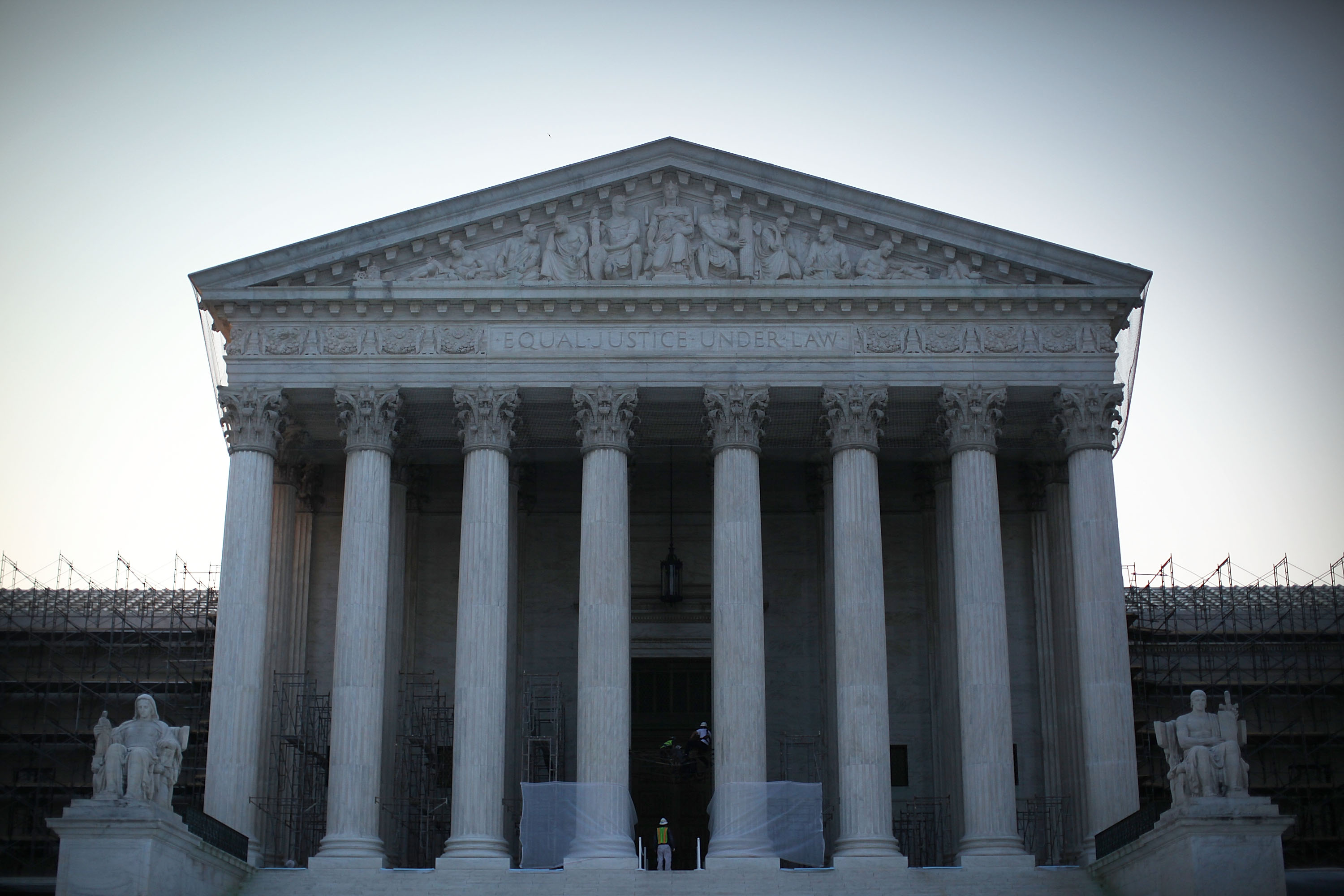 The Supreme Court on Monday opened its doors -- so far unaffected by the government shutdown -- to start a new term covering a range of hotbutton issues like government-led prayer, presidential recess appointments and First Amendment rights for abortion clinic protesters. It kicks off the new term with significant cases regarding campaign finance and affirmative action.

While parts of the federal government have shut down due to Congress' inability to pass a spending bill, the Court has said it will stay open at least through Oct. 11. Chief Justice John Roberts opened the new session without any mention of the current budget showdown, according to reports.

The court has since 1976 favored contribution limits to avoid corruption, but in 2010 in Citizens United it did away with political spending limits for unions and corporations -- as long as those institutions are spending their money separately from the candidates. The question now is whether the court will decide to ease restrictions on contribution limits as it did on spending limits.

On Oct. 15 -- provided the court remains open -- the justices will consider whether the state of Michigan violated the Equal Protection Clause by amending its state Constitution to prohibit affirmative action.

The case, referred to Schuette v. Coalition to Defend Affirmative Action, reviews a 2006 Michigan ballot initiative that bans the consideration of race or sex in public education, government contracting and public employment.

The Sixth Circuit Court of Appeals ruled that the Michigan initiative -- because it came in the form of a constitutional amendment -- "reordered the political process" in a way that put special burdens on racial minorities.

"Rather than undoing an act of popularly elected officials by simply repealing the policies they created, Michigan voters repealed the admissions policies that university officials created and took the additional step of permanently removing the officials' power to reinstate them," the appeals court wrote. "Had those favoring elimination of all race-conscious admissions policies successfully lobbied the universities' admissions units, just as racial minorities did to have these policies adopted in the first place, there would be no equal protection concern."

Later in the term, the court will consider National Labor Relations Board v. Noel Canning, which reviews President Obama's decision to recess-appoint members of the National Labor Relations Board while the Senate was on an intra-session recess. It will also consider McCullen v. Coakley, reviewing the constitutionality of buffer zones at abortion clinics meant to limit interaction between patients and protesters.