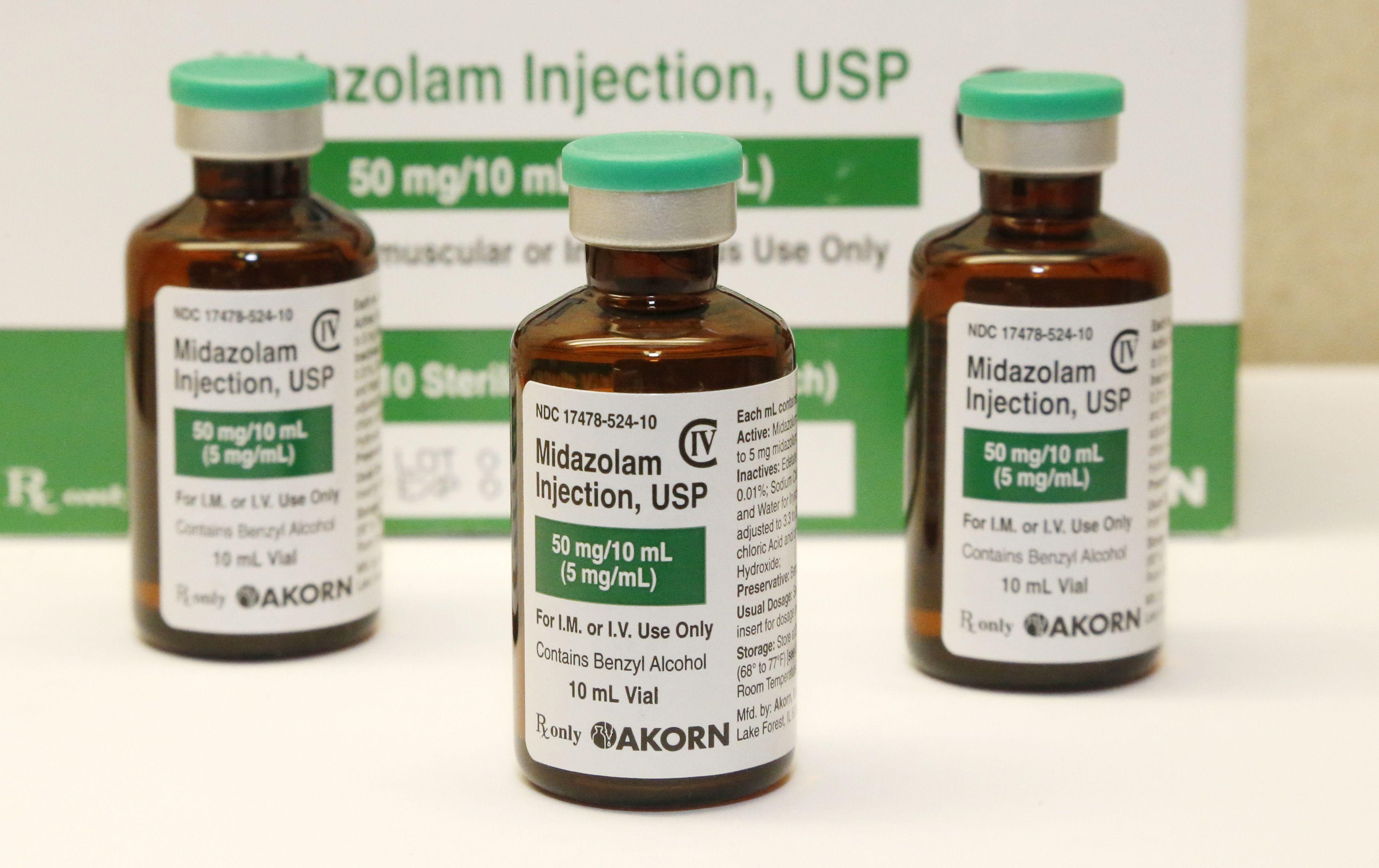 LITTLE ROCK, Ark. -- A judge was weighing Friday whether to block Arkansas’ seven upcoming executions, set to begin next week, as a medical supplier said one of the three drugs the state plans to use to put the prisoners to death wasn’t sold to be used for lethal injection.

Two pharmaceutical companies on Thursday filed a court brief seeking to halt the executions, while San Francisco-based medical supply company McKesson said it sold Arkansas one drug believing it would be used for medical purposes.

Under Arkansas’ protocol, midazolam is used to sedate the inmate, vecuronium bromide then stops the inmate’s breathing and potassium chloride stops the heart.

Arkansas plans to execute seven inmates before the end of April, when its supply of midazolam expires. U.S. District Judge Kristine Baker is considering the inmates’ arguments that such a compressed schedule could lead to undue pain and suffering, as well as the drugmakers’ desire that their products not be used for capital punishment.

“The Arkansas Department of Correction intentionally sought to circumvent McKesson’s policies to procure Pfizer’s vecuronium bromide under the auspices that it would be used for medical purposes in ADC’s health facility,” McKesson said in a statement Thursday night.

“Upon learning that ADC was potentially holding the product for lethal injection purposes, McKesson immediately requested and was assured by ADC that the product would be returned. McKesson issued a full refund to ADC, and made several additional requests for the product, but the product was never returned.”

McKesson said it’s considering “all possible means” to get the drug back, including legal action.

A prisons spokesman did not immediately return a call seeking comment Friday. Republican Gov. Asa Hutchinson’s office did not have an immediate comment on the supplier’s statement.

The Associated Press last year used redacted drug labels to identify Hospira, which was purchased by Pfizer, as the likely manufacturer of vecuronium bromide. Pfizer has objected to the use of its drugs in lethal injections and has put controls in place to prevent them from being used in executions. Pfizer said McKesson sold the drug to Arkansas without Pfizer’s knowledge. The company said it has asked the state twice to return any restricted Pfizer or Hospira drugs.

“We believe we have sought to appropriately enforce our policy and have fully explored everything within reason to seek the return of the product,” Pfizer spokeswoman Rachel Hooper said in an email.

Fresenius Kabi USA and West-Ward Pharmaceuticals Corp. filed a friend of the court brief objecting to their drugs’ use in the executions. Fresenius Kabi said it appeared it had manufactured the potassium chloride the state plans to use, while West-Ward had previously been identified by the AP as the likely manufacturer of the state’s midazolam.

Arkansas has not executed an inmate since 2005 because of drug shortages and legal challenges. If carried out, the executions would mark the most inmates put to death by a state in such a short period in modern history.

Hutchinson defended the execution timeline Thursday, saying he believed prison officials were prepared. He also said he believed the secrecy law had helped Arkansas in obtaining new supplies of its lethal injection drugs.

“I don’t think we would have acquired the drugs that we have without that confidentiality agreement,” Hutchinson said.