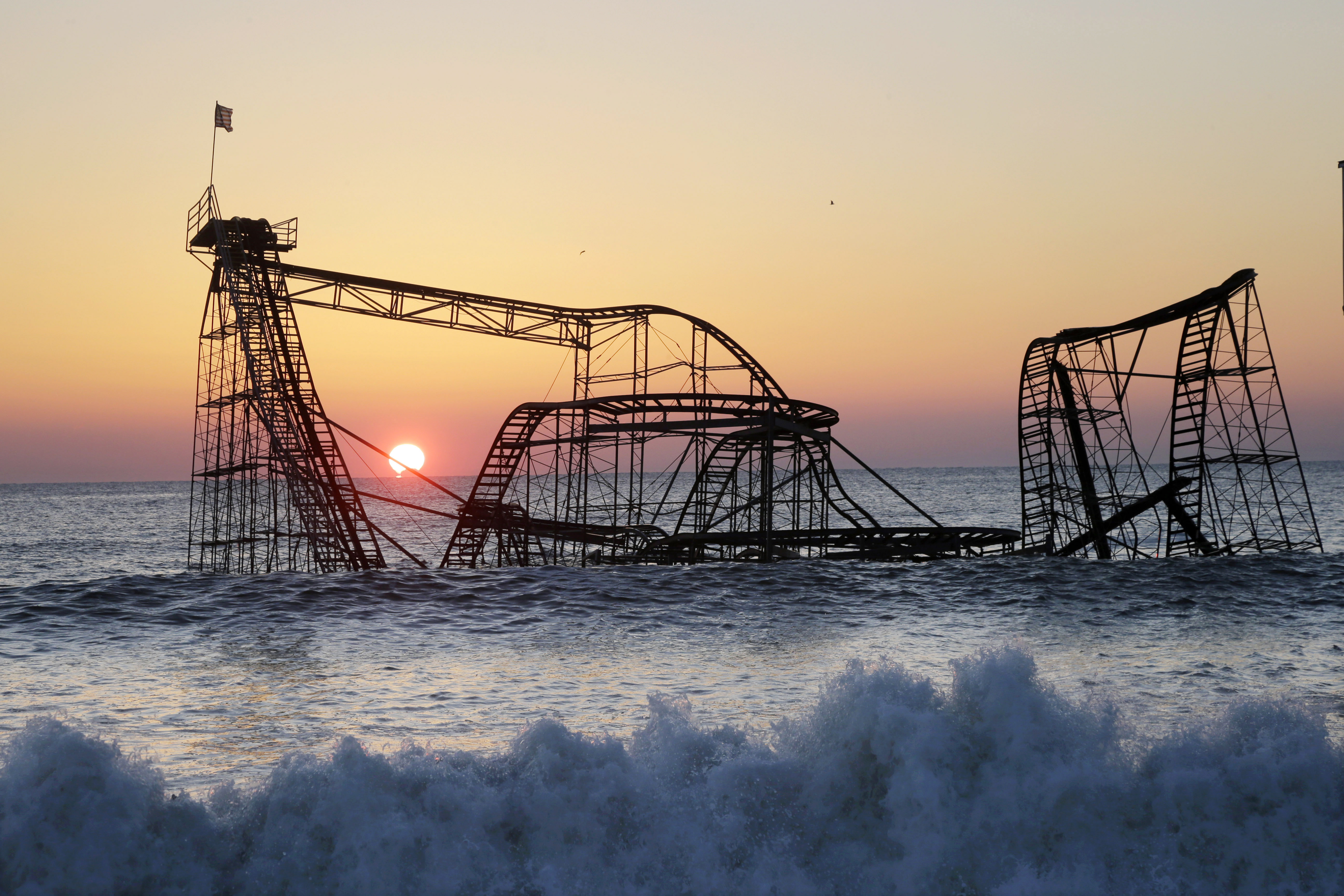 Speaking on MSNBC's "Morning Joe" program six months after the deadly storm, the Republican governor said presidential politics were the last thing on his mind as he toured storm-devastated areas with Obama last fall.

When it comes to helping New Jersey rebuild from the storm, "the president has kept every promise he's made," said Christie, widely considered a potential candidate for the Republican presidential nomination in 2016. "I think he's done a good job. He kept his word."

His comments came in response to a question about whether he had any regrets about his warm embrace of Obama after the storm, which angered some Republicans, who said it helped tip a close presidential election. Christie had endorsed and campaigned for Republican Mitt Romney.

The governor said he and Obama have fundamentally different views on governing. But he said the two men did what needed to be done for a devastated region.

"I've got a job to do," he said. "You wake up and 7 million of your 8.8 million citizens are out of power, you're not thinking about presidential politics."

Christie challenged his critics to put themselves in his shoes while dealing with the massive storm, predicting none of them would have done anything differently.

"I have a 95 percent level of disagreement with Barack Obama," Christie said. But that did not come into play while dealing with the storm.

"We saw suffering together," Christie said. "Everything the president promised me they'd do, they've done. I don't have any complaint this morning on the issue of disaster relief."

Sandy destroyed about 360,000 homes or apartment units in New Jersey, and some areas along the shore are still devastated.

On Monday, students finally returned to East Rockaway High School in Long Island six months after the building was flooded by the storm. CBS News correspondent Elaine Quijano reports the 600 students were moved as the school underwent repairs.

"It's the first sense of going back to normal again, being able to come to this school where I've been growing up in playing sports ever since 7th grade," said student Damian Amiruddin, a junior.

"Today is the beginning of us getting to phase two of return to normalcy," Christie said. "For the overwhelming majority of New Jerseyans, their life is back to normal. For those who have not been able to leave it behind, I can still see the emotion on their faces, the sense of loss they still carry close to the surface. We are not here today to take a victory lap."

Congress approved more than $60 billion in Sandy relief funds, most of it for New Jersey and New York, despite opposition from many Congressional Republicans who voiced concerns over how some of it would be spent.

At a press conference at a popular seafood restaurant, where reporters and cameramen were pressed up against diners, Christie said it has been easy to work with Donovan on Sandy recovery.

"There's an old joke, right? Someone from the government comes into town and they say, `I'm from Washington and I'm here to help' and everybody starts to laugh," Christie said. "Shaun Donovan is ruining that joke for me."

Donovan returned the compliment, praising the Republican governor "for his remarkable and relentless leadership in helping this town, this shore and this state recover from one of the toughest blows it has ever endured."

This is the first round of disaster relief money to be allocated. Two more rounds of block grants are expected later.

The grants will be focused in the nine counties with the worst damage from the storm. The first round of grants will help an estimated 26,000 homeowners with their primary residences, 5,000 renters and 10,000 small businesses, in addition to local governments.

The programs the Republican governor wants to implement — offering grants to rebuild damaged homes, no-interest loans for small businesses and giving landlords cash incentives to repair homes and rent them — are standard for states receiving federal assistance after natural disasters. Some areas where the state says there are problems, such as repairing infrastructure and restoring the fishing industry, are not included in the plan. An expanded home buyback program for people living in flood-prone neighborhoods will be included in a later funding application.

The plan submitted to HUD includes $825 million for elevation and reconstruction of damaged primary residences; $255 million for displaced renters whose primary residences were damaged by the storm; and $300 million in small business grants. A $25 million allocation to promote storm-impacted shore communities is also included, as is $50 million to help municipalities continue to provide essential services without increasing taxes. Developers of public housing could see $104.5 million in zero- and low-interest loans of up to $120,000 per unit to create new permanent housing.

In February, CBS News' Tony Guida reported that home values were up in many areas hit by Sandy according to a survey. In New Jersey, it's up by almost 2 percent over pre-Sandy values -- higher, actually, than in areas not impacted by the storm.

Real estate firm Zillow conducted the study. "The lures of coastal living are actually more powerful than the periodic chance of having a natural disaster in your backyard," said chief economist Stan Humphries.

Superstorm Sandy, a hybrid of a hurricane and two cold-weather systems, struck six months ago on Oct. 29, concentrating most of its fury on New Jersey, New York and Connecticut and becoming one of the most expensive storms in history. Six months later, the region is still recovering and the scope of the storm has come into sharper focus. Figures are as of Friday, April 29.