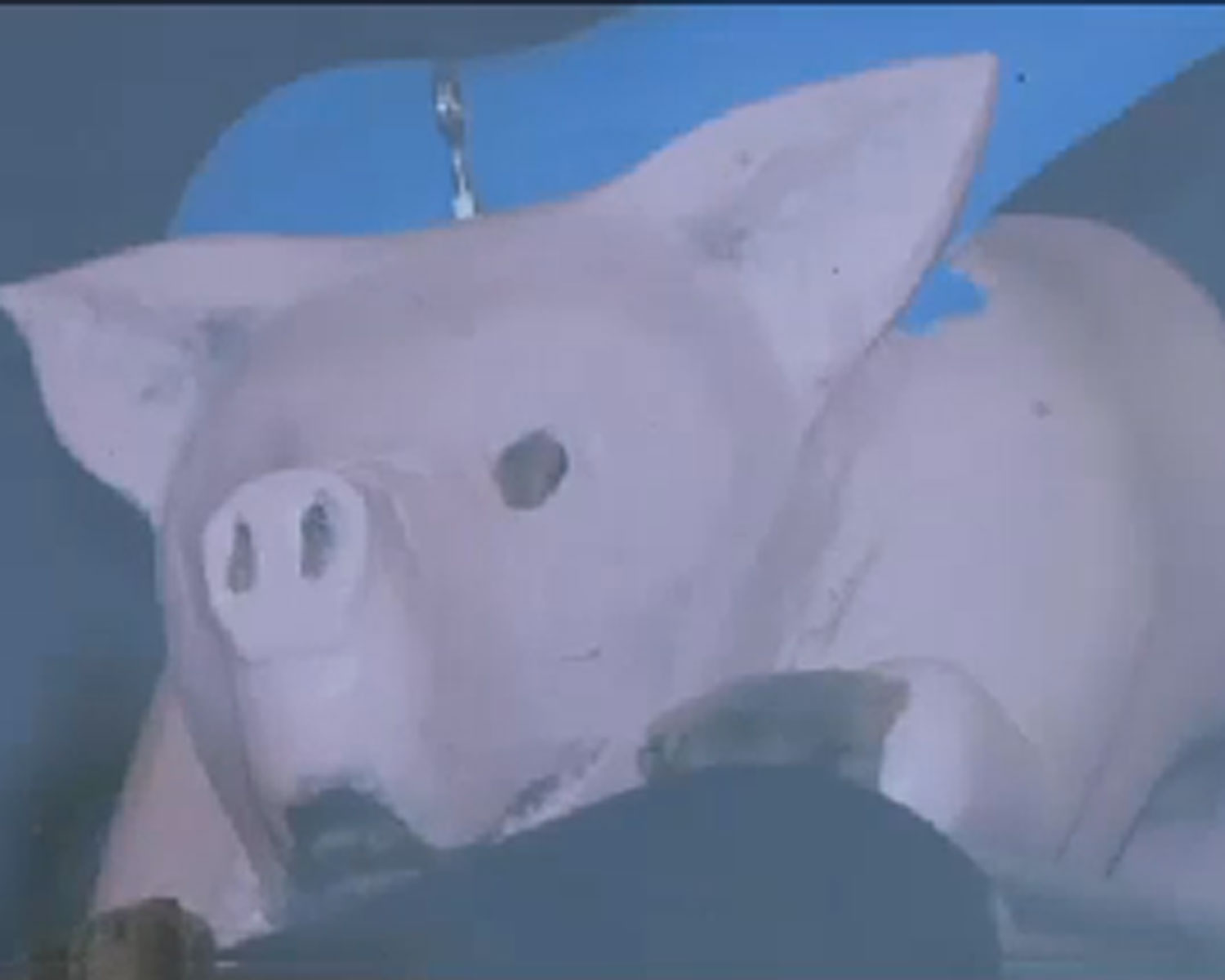 (CBS) AUBURN, Calif. - A popular pig has flown the coop (how's that for mixing metaphors?) outside a Northern California restaurant. The owners of the Flying Pig BBQ in Auburn says somebody stole the eatery's mascot - aka Super Porky - from the restaurant roof, CBS Sacramento reports.

"Friday night (Aug. 2) when we closed he was here. He was hanging above the door out there," he said. If they bring him back, no questions, no problem."

Now the search is on for Porky, who is made out of 40 pounds of redwood and wears a superhero cape.

The restaurant is handing out flyers of the missing mascot.