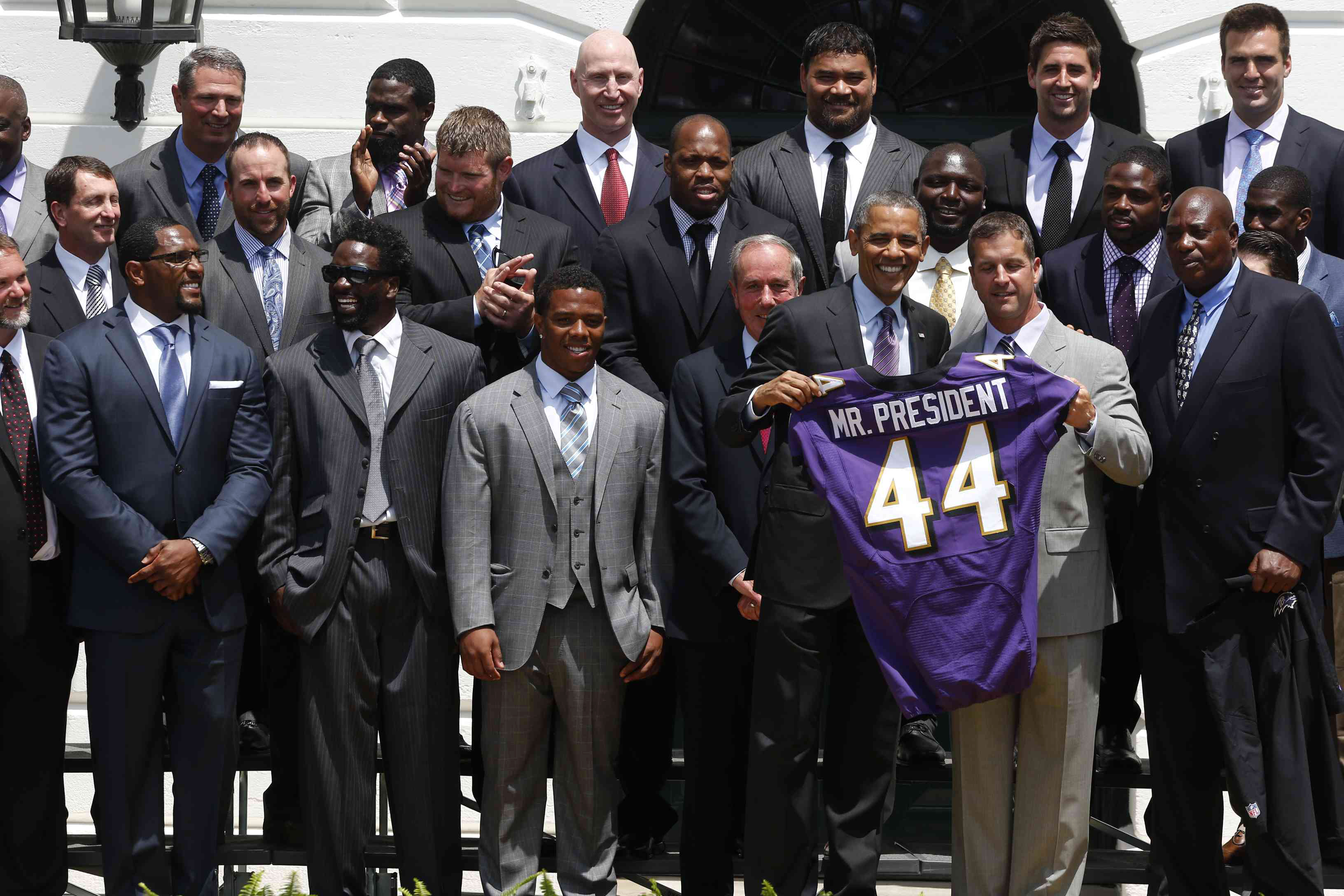 President Obama congratulated the Baltimore Ravens on their Super Bowl XLVII victory Wednesday on the South Lawn of the White House, donning a purple tie to honor the team's color.

"In the Super Bowl, just when it looked like they had the momentum, the lights went out for a half an hour," Mr. Obama said, recalling the infamous blackout that hit the Superdome in New Orleans during the third quarter of the Super Bowl in February. "But these Ravens always pull through."

Noting the half hour power outage, Mr. Obama highlighted the athleticism the Ravens demonstrated as they held off their opponents, the San Francisco 49ers, in the second half en route to a 34-31 victory.

"Day after day you'll see a team that loves Baltimore as much as Baltimore loves the Ravens," Mr. Obama said.

Ravens head coach John Harbaugh gave the president a Ravens jersey with the number 44 (Mr. Obama is the nation's 44th president) and a black, short-sleeved half-zip with the Ravens logo.

"We have plans to be back next year," Harbaugh said.

Mr. Obama continued the presidential tradition hosting Super Bowl winners - among other professional sports champions - at the White House. Former President Jimmy Carter was the first to invite a Super Bowl champion team in 1980 when he feted the Pittsburgh Steelers along with the Pittsburgh Pirates, the winners of the 1979 World Series.

This is the second time the Ravens have celebrated a Super Bowl victory at the White House; in 2001, President George W. Bush honored the team that defeated the New York Giants in Super Bowl XXXV.