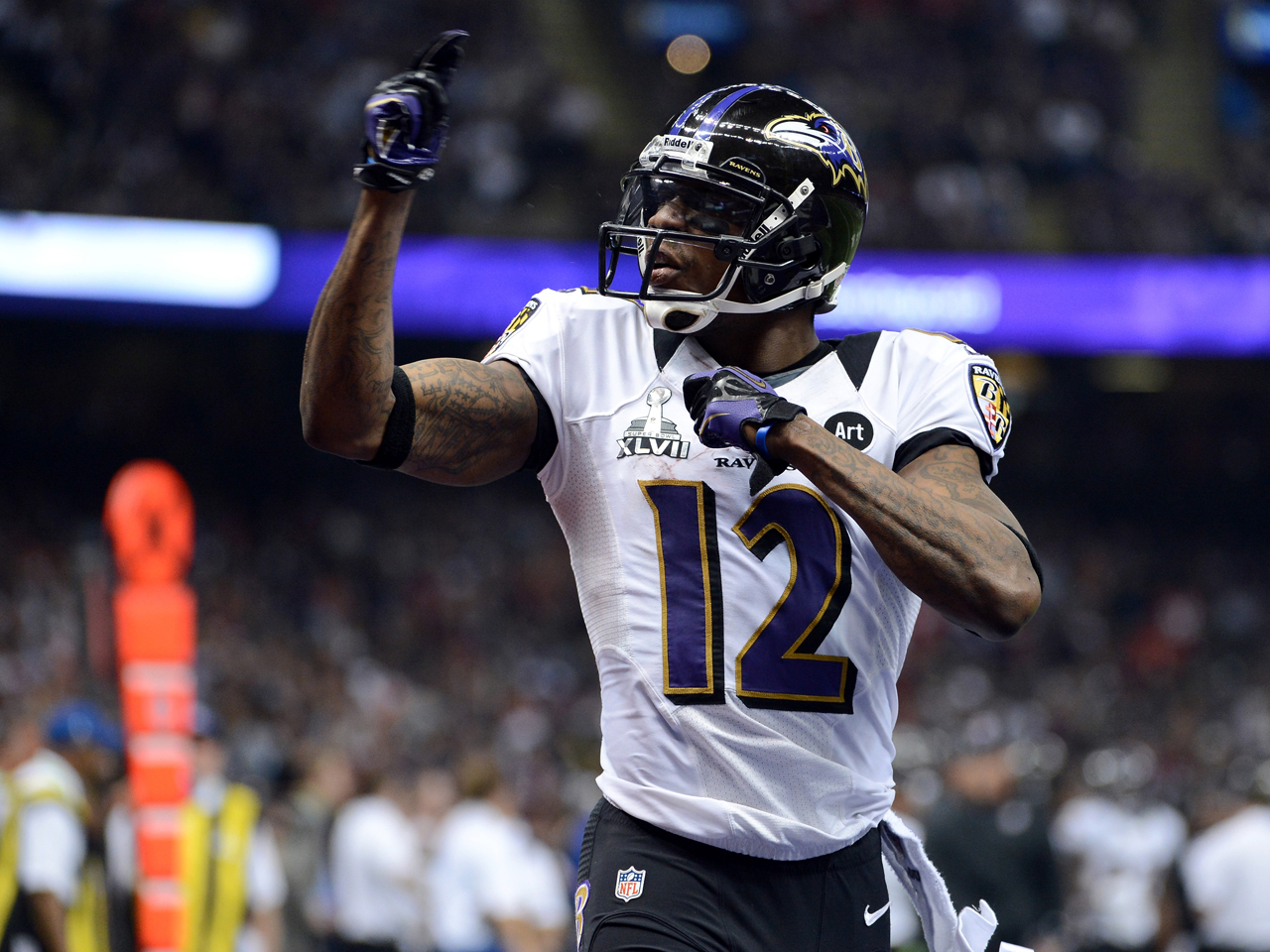 He won the Super Bowl, and now he's looking to win a mirrorball trophy -- Baltimore Ravens wide receiver Jacoby Jones is the newest contestant to join "Dancing with the Stars."

Jones was the first contestant announced for the show's new season. The announcement came Sunday night during a commercial that aired during ABC's telecast of the Academy Awards. The other new contestants will be announced Tuesday on "Good Morning America."

Jones is known for his dance moves in the end zone after a touchdown.

Jones was one of the Ravens' stars in their Super Bowl victory, scoring two touchdowns. He began his NFL career when he was drafted by the Houston Texans in 2009. He was signed by the Ravens last year.

Tell us: Who else do you think should join the "Dancing with the Stars" cast?