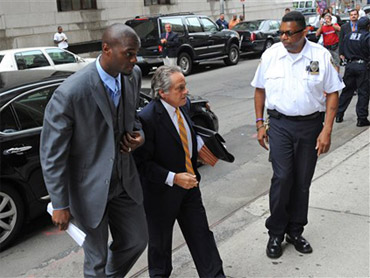 Burress and his attorney, Benjamin Brafman, made no remarks Wednesday as they entered the lower Manhattan courthouse.

The 31-year-old Burress shot himself in the thigh at a Manhattan nightclub in November.

He was charged with weapon possession and faces up to 3½ years in prison. He has pleaded not guilty and is free on $100,000 bail. The Giants released him in April.

The New York Post has reported that Manhattan District Attorney Robert Morgenthau is insisting on jail time for Burress. Brafman has criticized Morgenthau, saying his comments could prejudice the grand jury.