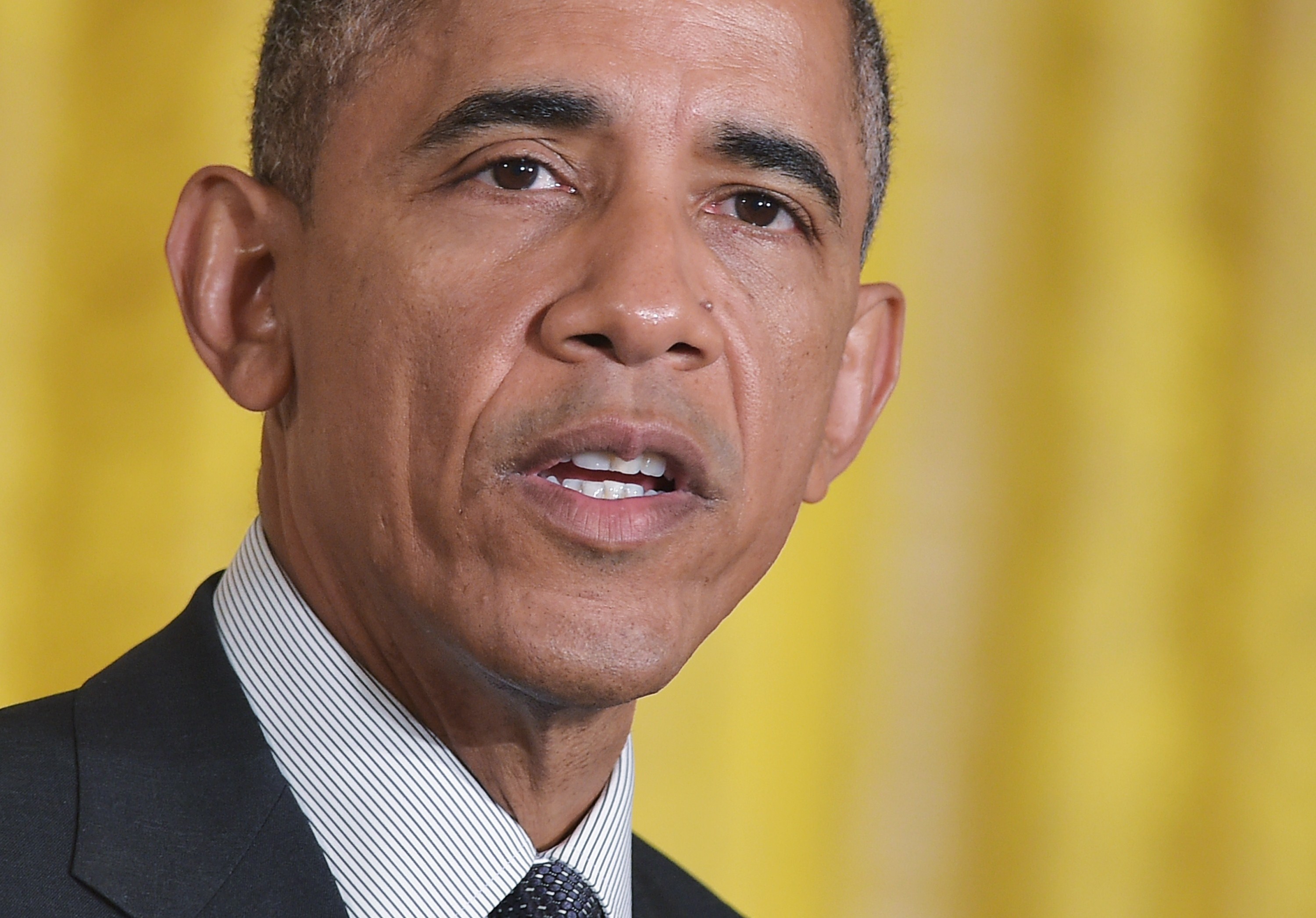 As a measles outbreak continues to spread across the U.S., President Obama is encouraging people to vaccinate their children.

"You should get your kids vaccinated," the president said in excerpts provided by NBC News from an interview airing Monday morning. "It's good for them, and the challenge you have is if you have a certain group of kids who don't get vaccinated, and if it grows large enough that a percentage of the population doesn't get vaccinated and they're the folks who can't get vaccinated, small infants, for example, or people with certain vulnerabilities that can't vaccinated, they suddenly become much more vulnerable."

There are more than 100 cases reported cases of measles across 14 states, according to statistics from the Centers for Disease Control and Prevention (CDC). CDC Director Tom Friedan said on CBS News' "Face the Nation" Sunday that more cases are expected and the agency is concerned about the possibility of a large outbreak because of the growing number of people who have not been vaccinated.

Mr. Obama acknowledged in the interview that families are concerned about the effect of vaccinations. But, he said, the science is "pretty indisputable."

"We've looked at this again and again. There is every reason to get vaccinated, but there aren't reasons to not," he said.

The president also discussed the ongoing challenges of hostages being taken by the Islamic State of Iraq and Syria (ISIS). He said the U.S. is "deploying all the assets that we can" and working with coalition allies to determine the location of a young American woman being held hostage.

"Obviously, this is something that is heart-breaking for the family and we want to make sure we do anything we can to make sure that any American citizen is rescued form this situation," Mr. Obama said.

Over the weekend, ISIS released a video purporting to show the execution of Japanese journalist Kenji Goto, its seventh public beheading of a captive. Mr. Obama said in the interview he has personally watched videos of the hostages being beheaded.

"I think it's fair to say that, anything related to these terrorist actions, I take a look at. Every morning I get a presidential daily briefing and it gives me a pretty clear sense of the terrible stuff that's happening," the president said.

He said he believes the videos "would affect anybody who has an ounce of humanity."

In a portion of the interview that aired before Super Bowl 2015, Mr. Obama weighed in on the latest controversy gripping the nation: "deflate-gate."

"Here's what I know: the Patriots were going to beat the Colts regardless of what the footballs looked like," Mr. Obama said on the issue of whether the Patriots intentionally under-inflated footballs in the AFC championship game. He said that he didn't realize each team prepares its own footballs for the game.

"I'm assuming one of the things the NFL is going to be doing just to avoid any of these controversies is figuring out how the officials are in charge of the footballs from start to finish," he said.

Because Mr. Obama's home team, the Chicago Bears, did not make it to the Super Bowl this year, the president is not backing either the Patriots or the Seahawks, because choosing one means "I just alienate one big city."

Turning to politics, Mr. Obama defended his ambitious list of proposals he offered during his 2015 State of the Union address. Much of what he proposed stands no chance in the Republican-controlled Congress, leading some critics to say the president should have been more conciliatory in the face of his party's loss of control of the Senate in the midterm elections.

"Nobody was doing an end zone dance," the president said. "What we were talking about was the success that America has had in digging themselves out of a really tough recession and that's a celebration of the American people. That's not about politics."

"My job is not to trim my sails and not tell the American people what we should be doing, pretending somehow that we don't need better roads or we don't need more affordable college," Mr. Obama added. "One of the things I've learned over the last six years is that when I tell the American people very clearly what direction I think the country should go in, sometimes people change their minds and even Republicans occasionally start agreeing with me although sometimes a little bit later than I would like."

Reflecting on the final two years of his presidency, Mr. Obama said he wants to make sure that the economy continues to grow and that "everybody's benefiting."

"I just want to make sure that in two years when we look back we'll say not only that we recovered from that crisis but actually we built the kind of foundation that ensures America does well for generations to come," he said.

During a rapid-fire round of "either-or" questions - during which Mr. Obama and Guthrie sipped White House honey ale brewed with honey from Michelle Obama's garden - Mr. Obama made a few game-related picks: On the question of football or basketball, he called himself "a basketball guy;" he picked offense over defense, and chips and guacamole over wings.

When asked the question of Hillary Clinton or Joe Biden - his former secretary of state and vice president, respectively, who could face off in the 2016 election - Mr. Obama went diplomatic.