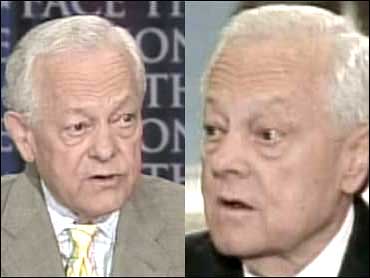 
Well, the media got it wrong, which means the media has to explain itself and maybe the best way to do that is to spin it the way the politicians would.

To discuss this I've decided to interview one of the leading members of the media - myself.

Let me put it to you straight, Bob: Why did the media get it wrong?

OTHER BOB: First I would like to put that in context.

BOB: Well, first I would like for you to answer the question.

OTHER BOB: Look, I think the more important question is, 'Did we get it all wrong?' and the answer is no. Yes, we got it wrong on Senator Clinton, but we got it right on Senator McCain's victory and we clearly said Dennis Kucinich was going nowhere even though his wife got that new tongue ring. So we are batting more than .500 here. In baseball that's great!

BOB: Well, this is not baseball.

OTHER BOB: There you go again, stressing the negative. Besides, I want to talk about change.

BOB: But that's Senator Obama's line and it's already been stolen by McCain and Romney and all the rest. What is it you want to change?

OTHER BOB: Actually, the subject if you don't mind.

BOB: Bob, I hate to tell you this, but people just don't like the media.

OTHER BOB: Now, that hurts my feelings. Look, this is hard …

OTHER BOB: Thank YOU, you idiot.