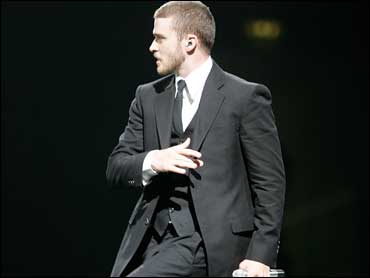 But this year is also dominated by a number of major reunions -- the Police, Genesis, and to a lesser extent, Rage Against The Machine and Crowded House -- as well as the massive, global Live Earth festival and a closely-watched and somewhat daring experiment in the form of the "free" Ozzfest.

As the recorded music industry continues to struggle, it remains to be seen whether the traditional live concert can remain healthy. Here's a look at what's ahead:

2THE POLICE: The most anticipated musical event of the season begins at the end of this month in Vancouver. The reggae-rock trio is celebrating its 30th anniversary after 24 years apart, but the band's famous internal strife is not necessarily gone -- nor is frontman Sting's tendency to reinterpret the original versions of their classic songs. Expect a barrage of one gem after another -- with a few of them perhaps just a bit hard to recognize. Still, this is one tour fans never thought they'd see. (May 28)

TIM McGRAW & FAITH HILL: McGraw and Hill's "Soul2Soul" outing last year was the highest-grossing country roadshow in history, so this superstar couple will hit the road with the 2007 edition, once again trotting out a two-and-a-half hour, in-the-round production that will feature many first-time duets for the pair as well as stacks of their solo hits. Wedded bliss, indeed. (June 5)

RUSH: Very few rock bands nowadays have the longevity (33 years) and catalog (18 studio albums) of this venerable Canadian power trio, which hits the road for the first time in three years this summer. The band will be supporting its highly acclaimed new album, "Snakes and Arrows," but don't expect a show for the casual fan -- on their last few outings, these guys have gone deep into the vaults. (June 13)

SMASHING PUMPKINS: One of the biggest grunge/alternative groups of the 1990s is back -- albeit with only two original members -- and they want you to come to them. The Pumpkins have not announced a full tour yet, but in addition to various festival dates the group will play two residencies: a nine-show late June/early July stand in Asheville, North Carolina, followed by an eight-show late July run in San Francisco. Tickets are probably already gone by the time you read this. (June 23)

AMERICAN IDOLS: Viewership for the show has been down this season, and controversy has dogged the voting process since the start (Sanjaya anyone?), but this year's crop of finalists will make the rounds as the "Idols" juggernaut continues. Will people be that excited to go see LaKisha Jones, Blake Lewis, Gina Glockson, Chris Richardson and six others, including -- you guessed it -- Sanjaya? We think Simon Cowell might have a few choice words for that lineup. (July 6)

3BEYONCE: We should all celebrate our "B'Day" in such style. The glamorous singer-actress will support her second solo album by heading out on her first major tour alone since the Destiny's Child farewell jaunt a couple of years back. Expect a Vegas-style production, more costume changes than a Paris fashion show and perhaps a smattering of "Dreamgirls" numbers. One more thing -- with ticket prices ranging from $50 to $200, there's no need to bring a gift. (July 6)

OZZFEST: Heavy metal's godfather, Ozzy Osbourne, once again tops the bill on the annual headbanging extravaganza named in his honor. But the main stage lineup is perhaps the weakest ever, leading to speculation that wife and co-founder Sharon Osbourne's daring move to make the festival free -- meaning that the fans don't pay, but bands don't get paid either -- led big name acts to take a pass. (July 12)

PROJEKT REVOLUTION: Once called the "boy band" of rap-rock, Linkin Park has shed its original sound on new album "Minutes to Midnight" in a shot at "serious artist" status. Meanwhile, the fourth edition of the band's traveling festival -- and first since 2004 -- features an eclectic mix of modern rock (My Chemical Romance), old-school alternative (Placebo) and, yes, even some rap (newcomers Styles of Beyond). Will Linkin's fans stick around, or will the bell toll for them? (July 25)

ROCK THE BELLS: This is the tour for hip-hop fans to attend this summer, as the bill brings back not only the Wu-Tang Clan, but rap pioneers Public Enemy, who are reconvening for a 20th anniversary celebration. Throw in a few selected appearances from reactivated rap-rock legends Rage Against The Machine, plus stars like Nas, the Roots, Cypress Hills and a host of up-and-comers, and you're not likely to hear a better collection of rhymes anywhere else. Let's just keep it peaceful, kids. (July 28)

CROWDED HOUSE: They only really had two hits on the U.S. charts, but this Australian pop rock confection will return to these shores in August for their first concerts in nearly 10 years. The band hopes to make their shows "as vital and spirited as what has come before" and will even offer up some new music for fans to check out. A decade later, we'll see if they can still pack in the crowds. (Aug. 4)

GENESIS: Diehards might have wished for a reunion of the Peter Gabriel era, but they're certainly getting the most commercially successful version of this venerable British act, featuring vocalist/drummer Phil Collins, guitarist/bassist Mike Rutherford and keyboard player Tony Banks. This one starts in late summer and you can expect lots of lights, 1980s-era synths and thousands of baby boomers swaying to the likes of "Land of Confusion" and "Turn It On Again." (Sept. 7)