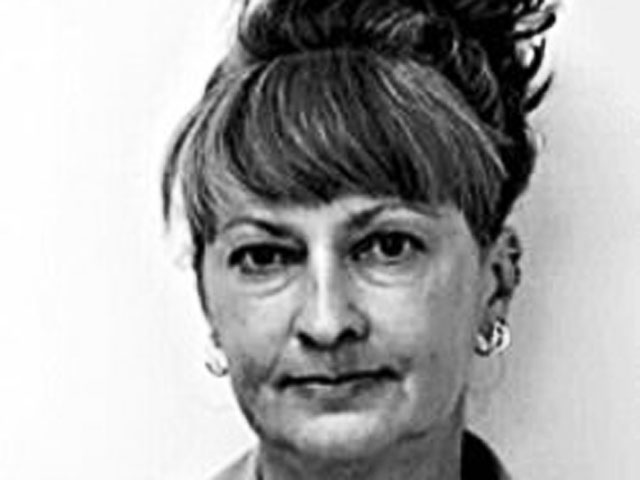 NEW YORK (CBS) An elderly Kansas woman is up for parole for the ninth time after spending 28 years in prison for arranging the murder of her 13-year-old stepson; still, a potential neighbor says it's not time for Sueanne Hobson to go home.

Hobson, who's 68, was convicted in 1982 of conspiracy and aiding and abetting in connection with the 1980 death of her teenage stepson, Chris Hobson, reports The Kansas City Star.

On Monday, 84-year-old Ruth Brettle, of Prairie Village, told the Kansas Parole Board that she's opposed to having Sueanne Hobson live in her neighborhood.

"The crime which confines Sueanne Hobson to prison was premeditated and swiftly completed taking a very young boy's life, 13 years of age," said Brettle according to local Fox affiliate WDAF-TV. "I feel that we have a very respectable law abiding neighborhood and who knows what she is thinking at this moment in time, she may want to rebel and take her rebellion out on whomever she can."

Hobson's 17-year-old son, James Crumm, and his 16-year-old friend, Paul Sorrentino, reportedly took her stepson to a Miami County, Kansas field in April 1980 and forced the boy to dig a shallow grave before they shot him to death with shotguns. One month later, a boy who was digging for fishing worms found the victim's body.

According to court documents, Crumm testified that his mother wanted Chris Hobson killed before the Christmas holiday so that she would not have to buy him any gifts.

Last Friday, Sueanne Hobson's husband, Edward, begged the parole board to release his wife so they could "start new lives," reports The Kansas City Star.

Since 1989, Sueanne Hobson has been denied parole eight times. Crumm and Sorrentino, who were convicted of the killing, were both paroled years ago, according to the newspaper.

The parole board intends to interview Sueanne Hobson next month and will most likely determine whether she will granted parole by December.