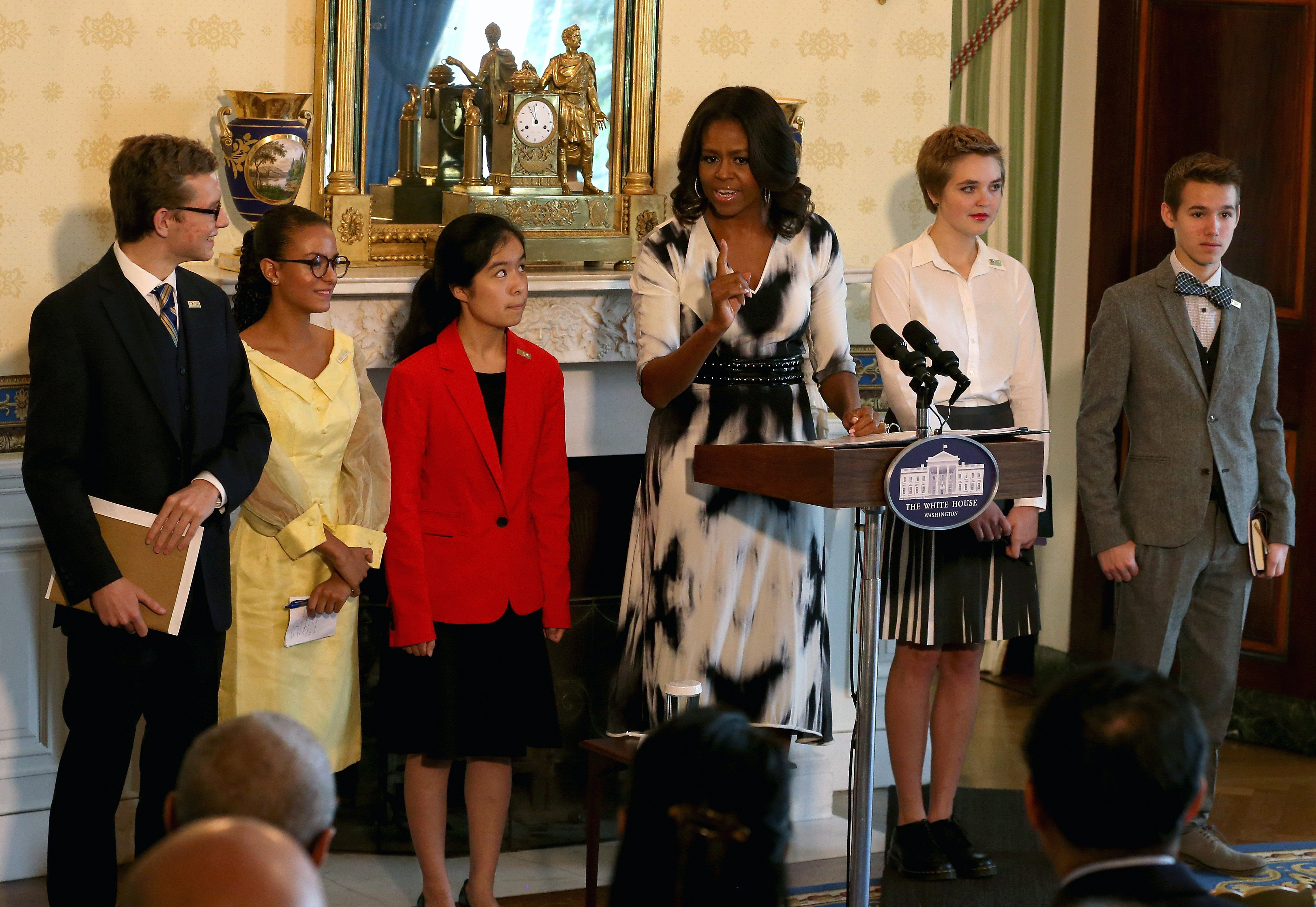 President Obama has been reading some poetry lately.

At a ceremony to announce the 2014 National Student Poets Thursday, first lady Michelle Obama told winners the president took the time to read each student's work, and is a poetry fan himself.

"We've all read your stuff and it's amazing. That's why you're here. The president actually read it, too; he loves poetry," Obama said, "He is amazed by what you do."

Madeleine LeCesne, one of the five National Student Poets named at the event, couldn't believe her work made it to the president's desk.

"Right next to his files on ISIS there's National Student Poet poetry," LeCesne said, "It's crazy. I hope that he found a nice escape."

The five students will become youth ambassadors of sorts over the next year, traveling to poetry workshops and festivals around the country to speak to young writers about the craft of poetry and encourage other students to write. Each student will also complete a service project in their community.

Olivia Morgan, who serves on the President's Committee on the Arts and the Humanities and worked to create the student poet program, sees it as a way to spotlight young leaders who might not be the first ones to "reach for the microphone" but who are more introspective.

"They are observing their world, they're curious, they're exploring the nooks and crannies of daily life and really processing that in a thoughtful way and then doing the most courageous thing which is sharing it. And to me that is a kind of leadership, a kind of deep, thoughtful leadership that we could really use more of," Morgan said.

LeCesne started cultivating those thoughts from a young age - at just six years old, she scribbled poems into the back of her wooden headboard at night. She lost that headboard, her early work and many of her other possessions in Hurricane Katrina. But as her family moved around the country, and eventually back to New Orleans, she continued to write and expressed her feelings about the storm through her work.

"My entire third grade curriculum was dealing with Katrina through the arts. I was too shy to do the acting, I couldn't - I still can't draw, my raspy voice, obviously I'm not a singer and so writing was really the only thing that I could do," she said.

LeCesne will bring that message around the country in the coming year as she travels with her fellow National Student Poets.