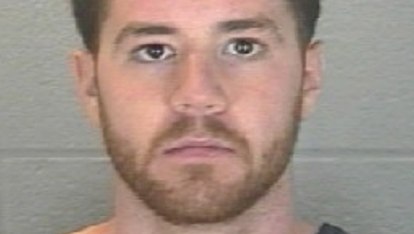 The shooting prompted officials to send a text alert to students telling them to seek shelter before the lockdown was lifted more than an hour later, police and the university said.

The suspect, identified as engineering student Cody Cousins, 23, surrendered to a police officer within minutes of the attack at the Electrical Engineering Building, Purdue Police Chief John Cox said.

The victim was identified as Andrew Boldt, 21, a senior who was also a teaching assistant from West Bend, Wis.

Cox said the shooter apparently targeted Boldt, but investigators were still working on a motive.

City Police Chief Jason Dombrowski said police were searching Cousins’ property and that the suspect had a prior arrest, CBS affiliate WLFI reported. Cousins was being held in the Tippecanoe County Jail on a preliminary charge of murder.

The initial report of the shooting hit around noon on the campus in West Lafayette, about 60 miles northwest of Indianapolis.

"It was scary," said Julissa Martinez, a freshman nursing student. She was in psychology class on another part of the 40,000-student campus when she received the text message saying the university was on lockdown.

She said her professor briefly kept teaching, then stopped lecturing so that students could contact people to let them know they were safe.

"He tried to get everything under control because people were freaking out," she said, adding that students were nervous because there was a lot of speculation about the severity of the situation.

Cox said the suspect entered the Electrical Engineering Building, "took the actions that he took" and "immediately left the facility without any other interaction that we're aware of."

Shortly after 12:03 p.m. when the shooting was reported, Purdue officials issued a text alert telling those on the campus to seek shelter. Around 1:15 p.m., the university said there was no ongoing threat on campus and allowed normal operations to resume in all buildings except the engineering facility.

Purdue officials considered the campus to be secure, said Purdue Provost Tim Sands, who in June will become president of Virginia Tech, where an April 2007 campus massacre left 33 dead.

By mid-afternoon Tuesday, Sands was encouraging students to go about their normal activities around campus, except for the Electrical Engineering Building.

But the university later announced that classes were being suspended through Wednesday. A candlelight vigil was planned for Tuesday night, with special counseling services being offered to students at several sites around campus.

Kayla Brown, a 23-year-old senior, said she was still worried even after university officials lifted the campus warning.

"I was wary to go to class but I did anyway," she said. "I didn't quite feel they could have had it all clear in that period of time."

Cox, the campus police chief, said authorities responded aggressively after the shooting was reported, with about 20 campus and city police officers at the building within minutes.

Sands said the university will offer assistance to those who need it as the circumstances of the shooting are sorted out.

"We'll provide whatever services we can to assist our students, our faculty and our staff in coming back to a sense of normality," he said.