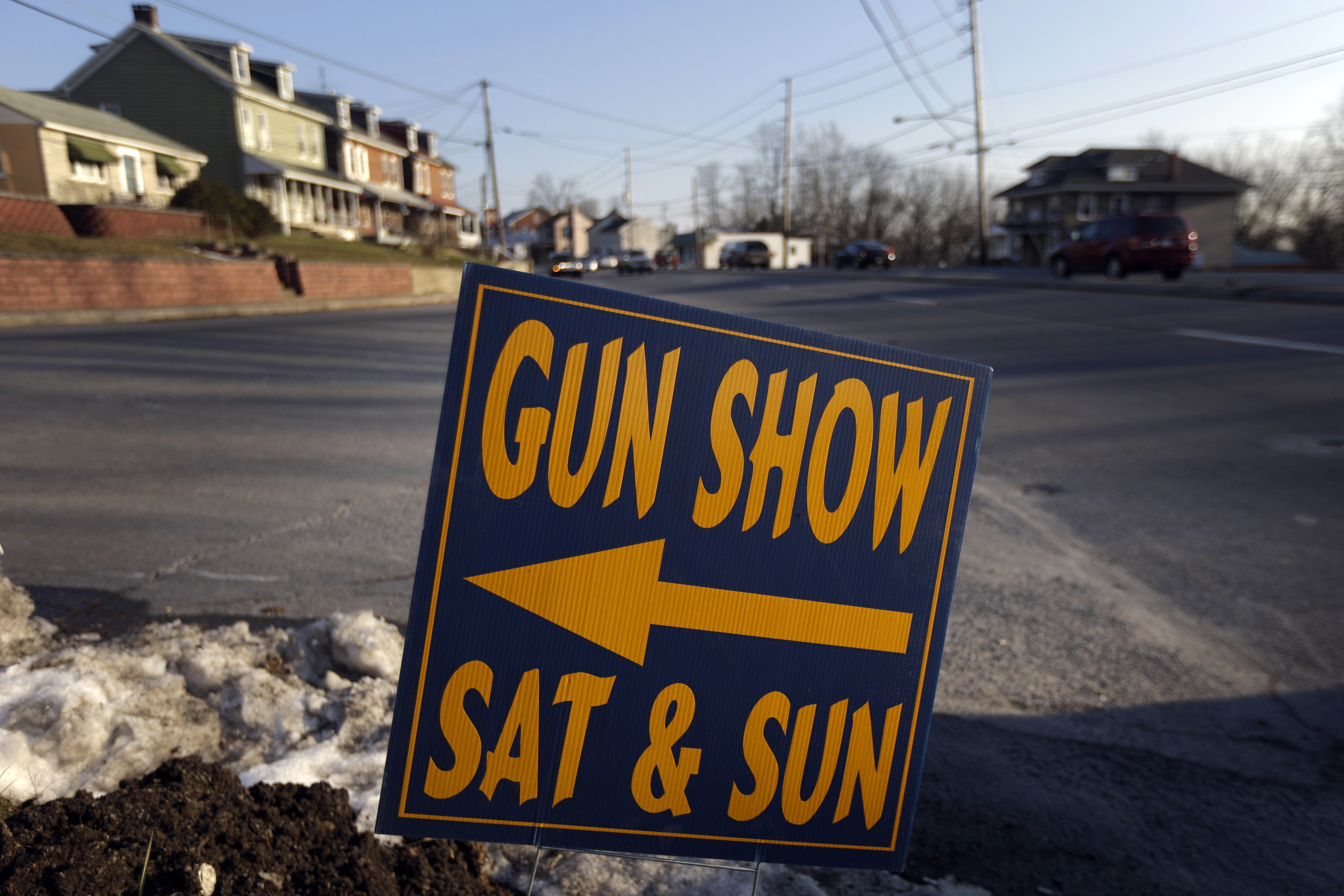 More than nine out of 10 voters in three states support closing the loophole that allows people to buy guns at gun shows without a background check, according to a series of Quinnipiac surveys conducted this month.

In the wake of the tragic mass shooting at Sandy Hook Elementary School in Newtown, Connecticut last month, President Obama has made the implementation of universal background checks one of his top gun control priorities. Currently, gun buyers are subject to criminal background checks when purchasing guns from federally licensed gun dealers, but unlicensed sellers are not required to do background checks. This loophole is typically exploited at gun shows.

According to the Quinnipiac polls, voters in Virginia, New Jersey and Pennsylvania, all support closing that loophole -- including most voters in households with a gun.

In Pennsylvania, voters were asked if they support "requiring background checks for all gun buyers," and 95 percent said they do (including 95 percent from gun households).

At an intense congressional hearing yesterday on the issue of gun violence, former astronaut and gun control advocate Mark Kelly said his top priority is fixing the nation's background check system. Kelly's wife, former Rep. Gabrielle Giffords, D-Ariz., was shot in the head in a mass shooting two years ago.

"The holes in our laws make a mockery of the background check system," Kelly said at the hearing. "Congress should close the private sales loophole, and the dangers people entered into that system."

Wayne LaPierre, the CEO and executive vice president of the NRA, also testified at the hearing, arguing against closing gun show loopholes. He said closing the loophole would be ineffective because criminals won't submit to background checks anyway. LaPierre said that efforts to curb gun violence should be focused on strengthening school security and improving mental health resources.

The Quinnipiac polls found that voters support having armed police in schools, though not as overwhelmingly as they support background checks.

In Virginia, voters back having armed police schools, 66 percent to 29 percent. In New Jersey, voters support the idea, 50 percent to 44 percent. Voters in Pennsylvania said, 46 percent to 42 percent, that armed guards would be more effective in reducing gun violence in schools than stricter gun laws.