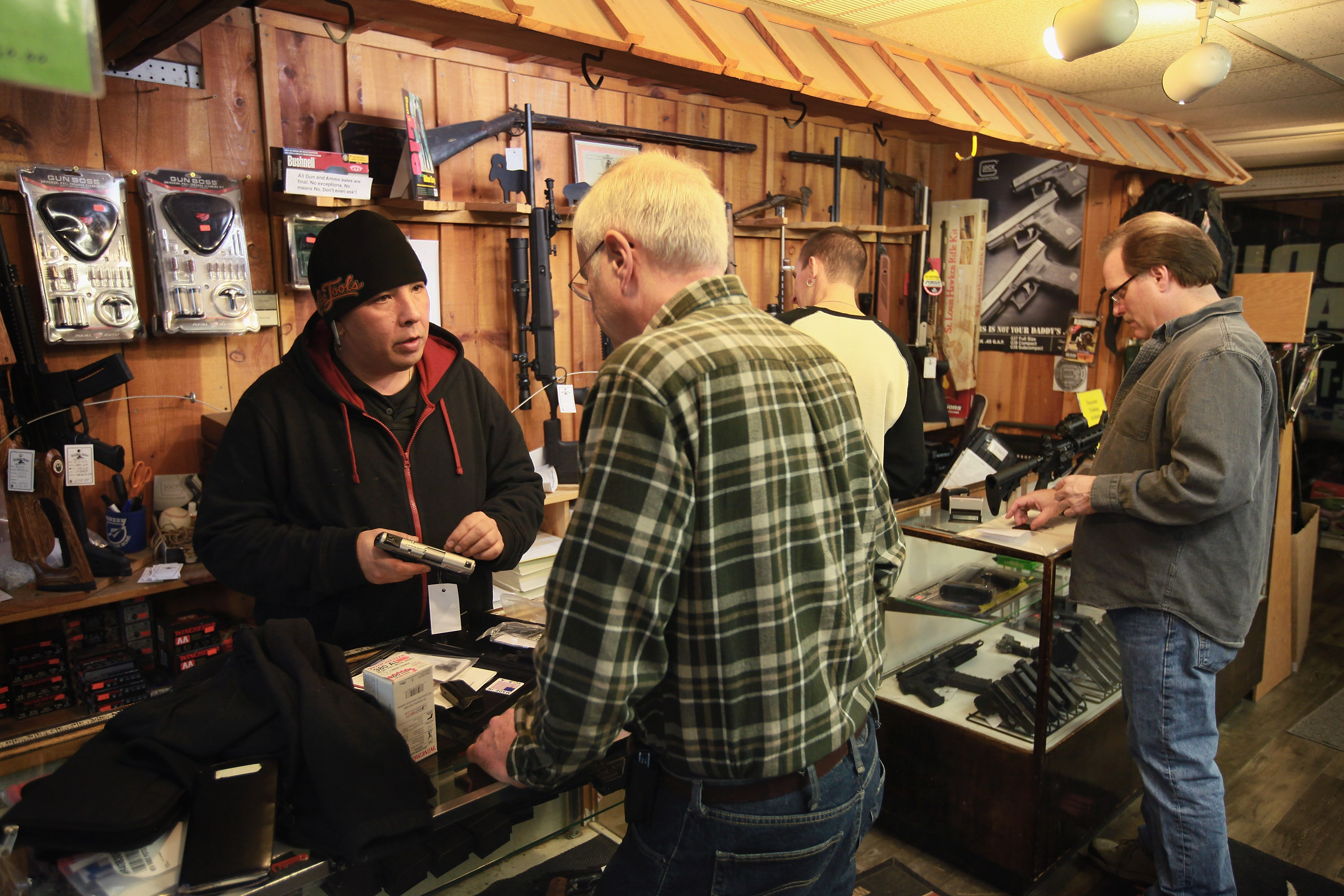 WASHINGTON The FBI said Monday it conducted more background checks for firearms sales and permits to carry guns the week following the Newtown, Conn., shooting massacre that it has in any other one-week period since 1998.

The newly released FBI data confirms what many gun dealers around the country have said about sales going up after the deadly Connecticut shooting that left 27 dead, including 20 children, as gun enthusiasts braced for stricter controls. The number of background checks does not represent the number of firearms purchased, but gun manufacturers use these statistics to measure the health of the gun industry in the U.S.

After the Dec. 14 shooting at a Newtown elementary school, the FBI conducted 953,613 background checks between Dec. 17 and Dec. 23. The highest number of background checks in a single day since 1998 was Dec. 21, just one week after a gunman shot and killed his mother at their Connecticut home using weapons his mother had legally purchased before he drove to the school and shot his way into the building. The second highest day for background checks was December 20.

During the week that Obama announced his plans to curb gun violence, the FBI conducted 641,501 background checks. The 10th highest single day for background checks came Jan. 19, three days after Obama spoke about gun violence and new gun control measures. Obama has announced a $500 million plan to tighten federal gun laws, and he is urging Congress to pass new laws that would ban "military-style assault weapons."

Nationally, there were nearly twice as many more background checks for firearms between November and December 2012 than during the same time period one year ago.

Background checks typically spike during the holiday shopping season, and some of the increases in the most recent FBI numbers can be attributed to that. But the number of background checks also tends to increase after mass shootings, when gun enthusiasts fear restrictive measures are imminent.

One gun store owner in Nashville, Tenn., said people in the business are calling this rush to buy guns after the Newton shooting a "banic," meaning people are panicked that Obama would ban guns.