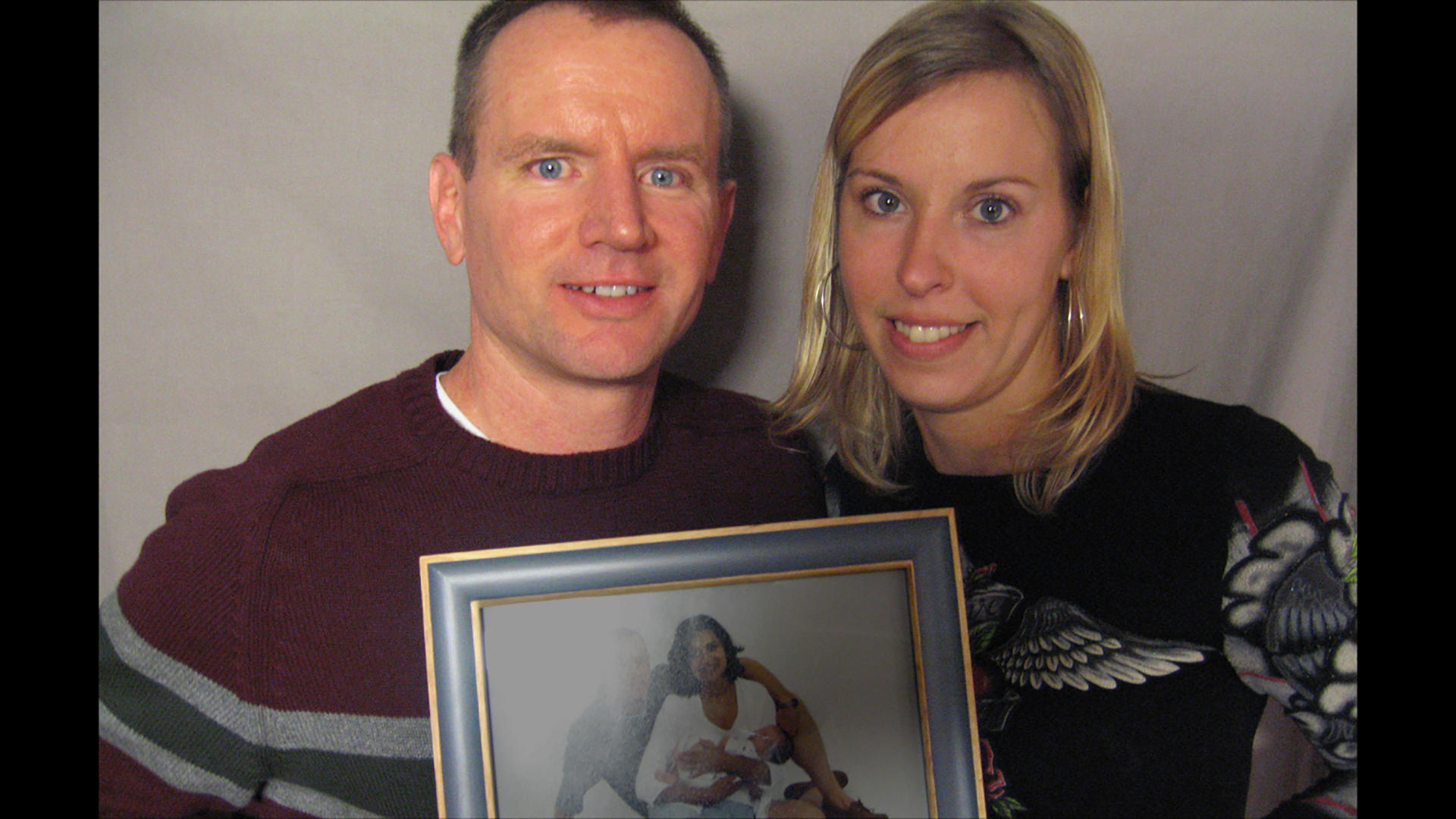 He heard the story once. It was more than 15 years ago. Yet, this tale of love, loss, and recovery is indelibly etched in the memory of best-selling author Jason Reynolds. He thinks about it at least once a month.

The story belongs to Gary Lakin, his late wife Sonya, and her best friend Allison Oleszkowicz.

In 1999, Gary, a then-Lieutenant Commander in the United States Coast Guard, met and later married Sonya Lyall. About two months after their wedding Sonya contracted a rare form of cancer. The cancer then went away after treatment.

Sonya always dreamt of having a child and according to Gary was willing to sacrifice her own physical wellbeing for the chance to become a mother. He recounted a painstaking process of in vitro fertilization and the joy he and Sonya felt when she became pregnant naturally.

On April 24, 2004, Sonya had a son named Kai. Her only child. Less than a year later her cancer returned and she succumbed to the disease.

In the weeks following Sonya's death, Gary was joined in Virginia Beach by Allison, who traveled from her native Canada to help take care of Kai.  Their relationship blossomed and in November 2006 the pair decided to record a conversation with StoryCorps.

"It was our way to pay tribute to Sonya and tell her story which we felt was an important one," Allison Oleszkowicz told 60 Minutes Overtime. "Since our lives and stories were so intertwined, it also gave Gary and I a way to step forward from our grief and be hopeful about a future together."

StoryCorps is a non-profit organization founded in 2003 by radio journalist Dave Isay, who had the simple yet powerful idea that everybody's story should be listened to and preserved.  Gary and Allison could not know at the time the impact their session would have on the person facilitating it.  Long before he became a celebrated storyteller in his own right, Jason Reynolds worked for StoryCorps after graduating from The University of Maryland.

Reynolds facilitated close to 300 sessions over the 18 months he worked for StoryCorps. Many stories he forgot, but Gary, Sonya, and Allison's story stayed with him. With 60 Minutes' cameras rolling, the award-winning author smiled and nodded as he listened back to portions of the recording that ended at the time with a surprise, for both him and Allison: Gary proposed.

Gary Lakin and Allison Oleszkowicz wed in October 2007 and have since had two more children they're raising along with Kai.

"Kai is a senior in high school getting ready to graduate and has a great relationship with both of his sisters," Allison Oleszkowicz-Lakin told 60 Minutes Overtime. "It's been a very good life. We've been very fortunate."

"There is something to be said for things bending toward good," Reynolds said after hearing the story. "This is terrible thing happened to these people. This terrible loss. But… there's always another chance… There's always time for love, and time for peace, and a time to fix things… That these two people saying, 'You know what, we lost, and we gained. We lost her, and she gifted us each other.' And I think there's something to that…That's the way I want to think about my life."

You can hear Gary and Allison's full 2006 StoryCorps session here.

Fed Chair Powell on the "legacy of slavery"
Thanks for reading CBS NEWS.
Create your free account or log in
for more features.
View CBS News In
CBS News App Open
Chrome Safari Continue
Be the first to know
Get browser notifications for breaking news, live events, and exclusive reporting.