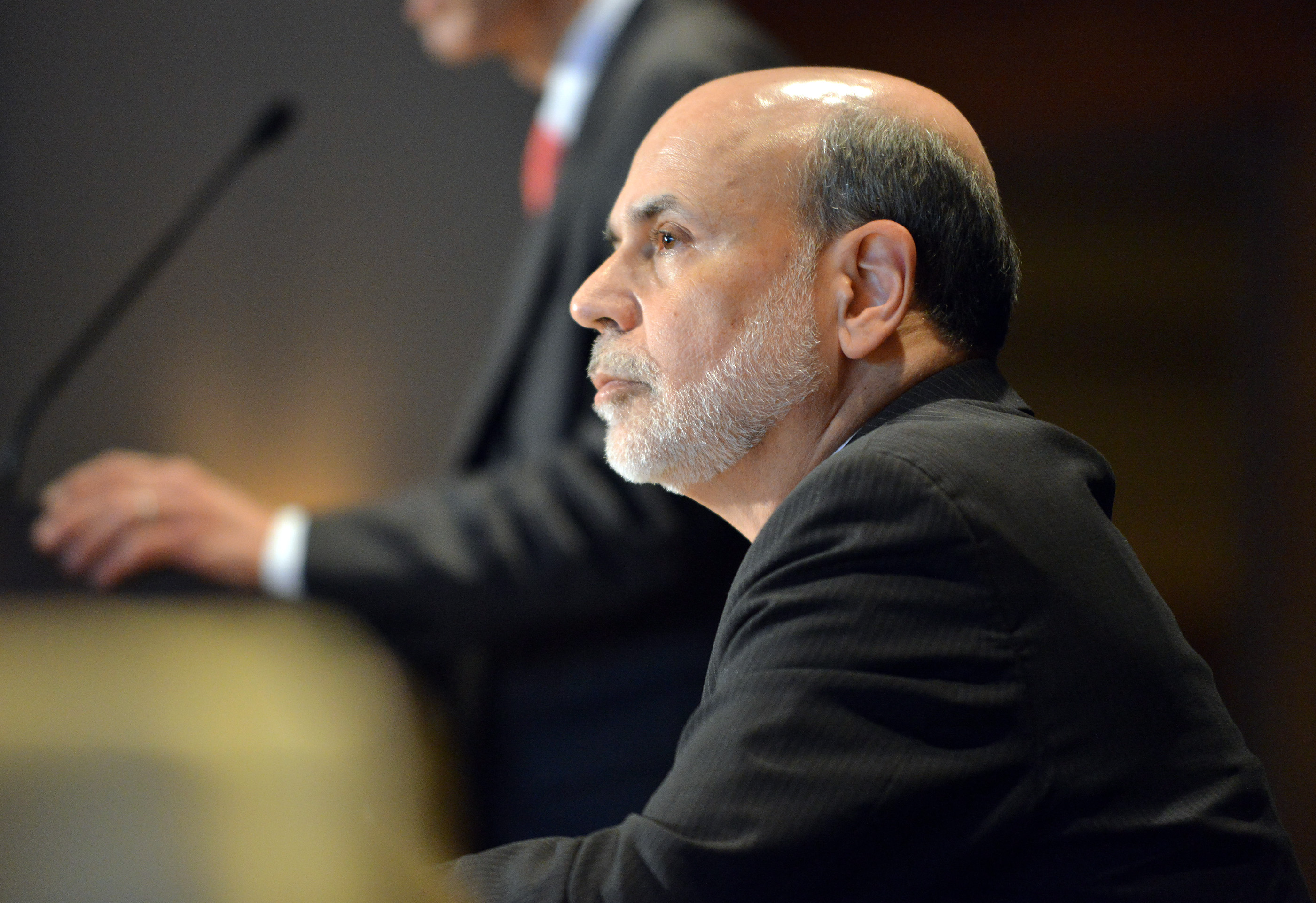 (MoneyWatch) When Ben Bernanke isn't sending investors into a funk these days, he's prompting buying binges with hints of an endless summer of easy money.

Stocks shot to record highs a day after the Federal Reserve Chairman expressed support for additional monetary stimulus for the U.S. economy.

The yield on the benchmark 10-year Treasury note fell more than 10 basis points, to 2.6 percent, as bond prices rose. Rates surged last week after stronger job-creation raised investor expectations that the Fed would soon start to taper its bond-buying program.

Speaking in Cambridge, Mass., on Wednesday, Bernanke said the job market is even weaker than the 7.6 percent unemployment rate indicates and that inflation, which is running at about 1 percent, is below the central bank's target of 2 percent.

"So you put that all together, and I think you can only conclude that highly accommodative monetary policy for the foreseeable future is what's needed in the U.S. economy," he said at an event hosted by the National Bureau of Economic Research.

Bernanke also reiterated that the Fed may continue to maintain its policy of super-low interest rates even after the unemployment rate falls below 6.5 percent. The "overall message is accommodation," he said seemingly to emphasize the point.

Translation: Investors have no cause to panic. Stocks plunged in late May after Bernanke told a congressional panel that the Fed might begin scaling back its massive monthly purchases of Treasury and mortgage-backed bonds over the next few months if the job market continued to improve. The program, which the Fed launched in 2008 to bolster economic activity by, among other things, lowering longer term interest rates, has propelled stocks into record terrain this year.

Speculation that the Fed was set to dial back on "quantitative easing," as the bond purchases are called, increased last week after the U.S. Labor Department stronger-than-expected job growth.

But financial markets took the dovish tone in Bernanke's latest remarks as a signal that the Fed may not start tapering its massive monthly bond purchases in September, as many analysts have predicted.

Despite the swing in equities, some analysts held firm to the view that the central bank will start scaling back its bond purchases during the Financial Market Open Committee's next meeting on Sept. 17-18. But as Fed officials have emphasized, that does not mean interest rates will rise anytime soon.

"The FOMC will begin to reduce its purchases of long-term assets later this year, likely at its September meeting, when Bernanke will be giving a post-meeting press conference," wrote analysts with PNC Financial Services Group. "The central bank will gradually reduce its purchases, ending them completely around the middle of 2014. However, any increase in the federal funds rate will not take place until the second half of 2015, consistent with Bernanke's statement."