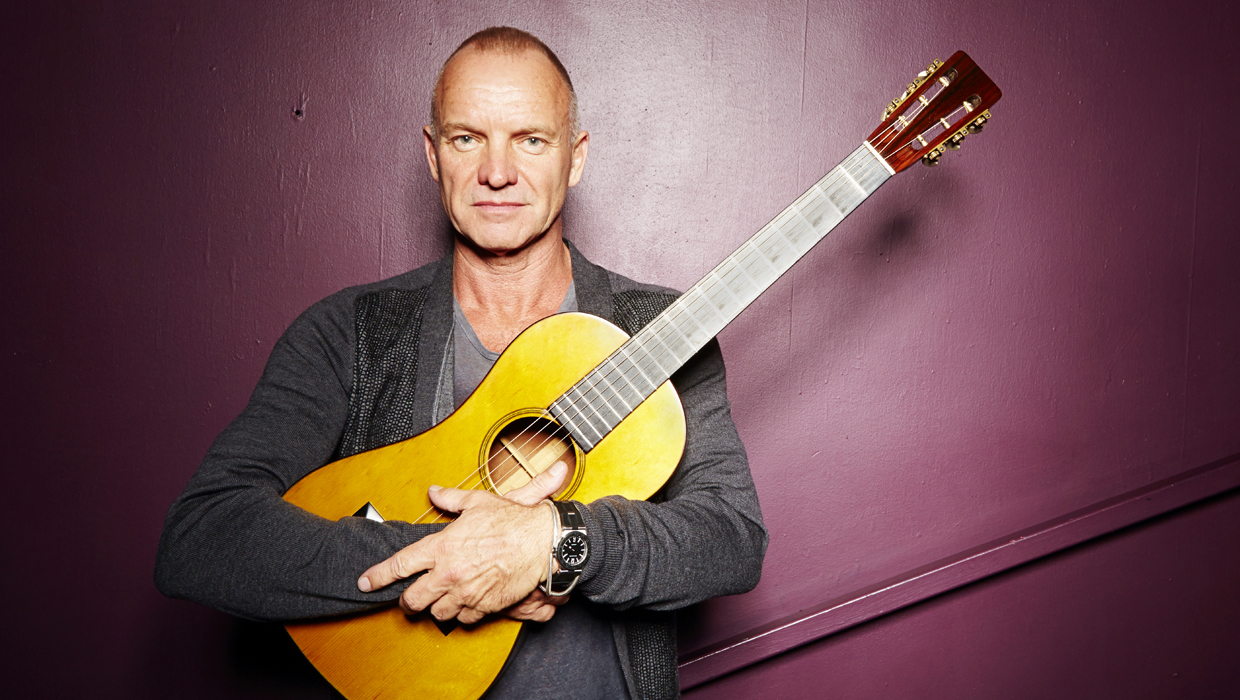 Producer Jeffrey Seller said Wednesday that the show -- inspired by Sting's memories of growing up in a shipbuilding community in northeast England -- will start performances Sept. 30 at the Neil Simon Theatre. Opening night will be Oct. 26.

"The words are there. The music is there. It's time to get into the room and make the play," said Seller, who has won Tony Awards for "Rent," "Avenue Q" and "In the Heights." "We look forward to getting to work."

The story centers on a man from a seafaring town who travels the world for 14 years only to return to find the shipyard's future in grave danger and his sweetheart engaged to someone else. Sting, who was raised in northeast England, has been working on it for four years.

The musical has a story by "Red" playwright John Logan and "Next to Normal" writer Brian Yorkey. It will be directed by Joe Mantello, who helmed "Wicked" and have choreography by Steven Hoggett, who did the same for "Once."

Before coming to Broadway, "The Last Ship" will make its world premiere next summer at Chicago's Bank of America Theatre.

It will star Michael Esper, who was on Broadway in "American Idiot" and "The Lyons" and Rachel Tucker, an Irish singer and actress who has been in "Wicked" in London. The cast also includes Jimmy Nail, Aaron Lazar, Sally AnnTriplett, Collin Kelly-Sordelet and Fred Applegate.

Sting, a 16-time Grammy Award winner and former lead singer of The Police, last year released a new album also called "The Last Ship," which inspired the show. A concert he gave of the songs will be broadcast Feb. 21 on PBS.

Sting has said he wanted to be involved in the production, noting last year at New York City's 92Y, "I have a great respect for musical theater. I want to acknowledge it, I want to honor it."

It's tricky territory even for the biggest music stars. Elton John was humbled by the failed "Lestat" but found success with "Billy Elliot" and "The Lion King." U2's Bono and The Edge finally got on track with "Spiderman: Turn Off the Dark," after numerous postponed openings. And Lauper won the Tony last year with "Kinky Boots." But then there's "The Capeman" by Paul Simon, regarded as one of Broadway's biggest flops.