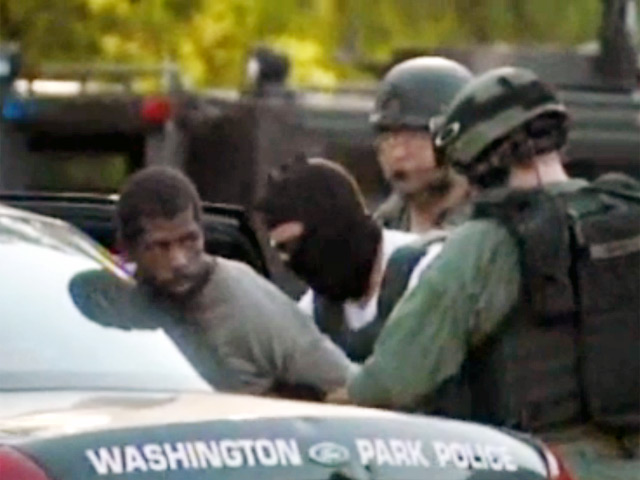 (CBS/AP) WASHINGTON PARK, Ill. -Steven Johnson was charged Saturday with aggravated criminal sexual abuse for allegedly holding a St. Louis teenager captive in his home for three years and conceiving a child with her before she escaped last week.

St. Clair County State's Attorney Brendan Kelly said 25-year-old Johnson had sex with the teenager when she was underage, but would not comment on whether the evidence supports the teen's story of being held against her will.

Johnson was charged with numerous crimes including a felony count of promotion of prostitution, but Kelly would not say if that charge was related to the teenager. Johnson also faces two felony drug charges and a felony gun charge. He is being held in St. Clair County Jail on $2 million bond.

If found guilty of all five charges Johnson would have a maximum sentence of 30 years.

Johnson's mother, 54-year-old Owida Johnson, was charged with two misdemeanor counts of child endangerment and was being held in jail on $15,000 bond. The teenager, now 19, told police that the mother had her falsify medical records when the now 2-year-old child was born.

Kelly said the two counts of child endangerment involve two children, but would not say to whom the other child belonged. Two children were taken from the Johnson home on Thursday by a SWAT team.

Kelly said the investigation is ongoing while the teenager is with family members and the children are in the hands of the Illinois Department of Children and Family Services.

"These are only the preliminary charges," Washington Park Police Chief Dave Clark said. "We are continuing the investigation and there could possibly be additional charges pending."

Officials found unsafe and sanitary conditions in the home including exposed wiring, spoiled food in the refrigerator, animal feces and insects and vermin, Kelly said.

Police said the teenager told them she met the suspect through a social acquaintance and visited his southwestern Illinois home around the time she was reported missing. The teenager told police that the man wouldn't allow her to go back to her parents and that she repeatedly tried to escape the house.

Clark said the teenager bolted from the home on Aug. 20 and told investigators that her time in captivity included almost daily beatings and sexual assaults.

Investigators plan to have the child's DNA tested to determine whether Johnson is the father, Clark said Friday.

Johnson's brother, Eric Johnson, told the News-Democrat that the teenager wasn't held against her will and frequently went to neighborhood stores and the child's pediatrician.

He said his brother had thrown the teenager out of the home several times.

"She always came back," said Eric, who also said he once offered to take her to a shelter.